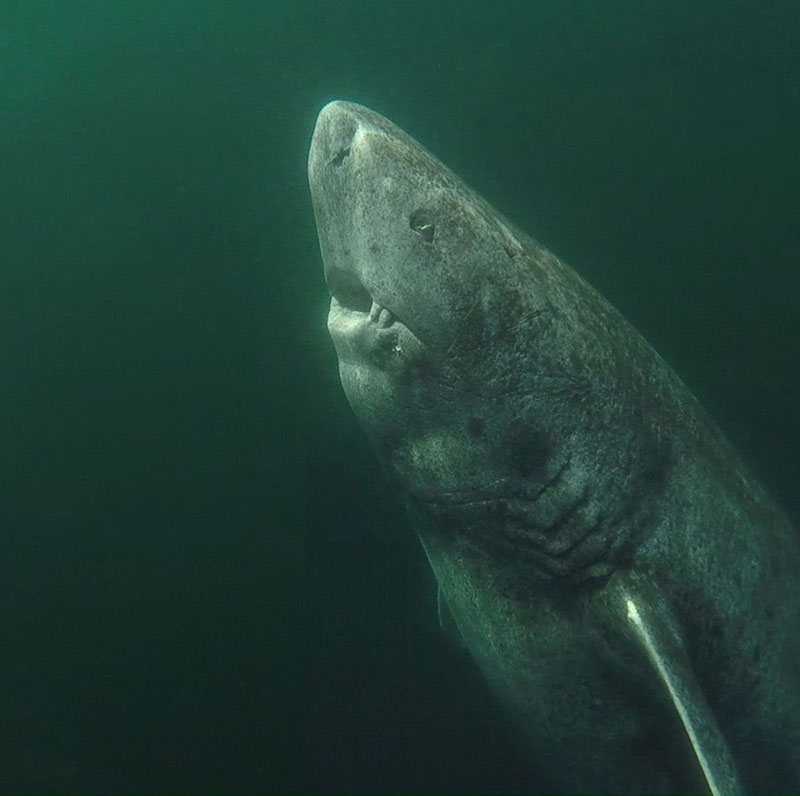 A female Greenland shark (Somniosus microcephalus) has been recognized as the longest-living vertebrate known on Earth.

Scientists used radiocarbon dating of eye lens nuclei to determine the ages of 28 of the animals. The researchers estimated that one female was about 392 years old plus or minus 120 years. Even at the lowest end of the range, it would still be older than the former vertebrate record-holder, a bowhead whale estimated to be 211 years old.

The team found that the Greenland sharks grow at just 1cm a year and don’t reach sexual maturity until the age of 150! The research is published in the journal Science and the lead author is Julius Nielsen, a marine biologist from the University of Copenhagen.

To learn more about Greenland sharks and how the researchers were able to date them, check out this post on Science Mag, and this article on the BBC.