This is a Vaquita. With Less than 10 Left, It’s the Rarest Marine Mammal on Earth 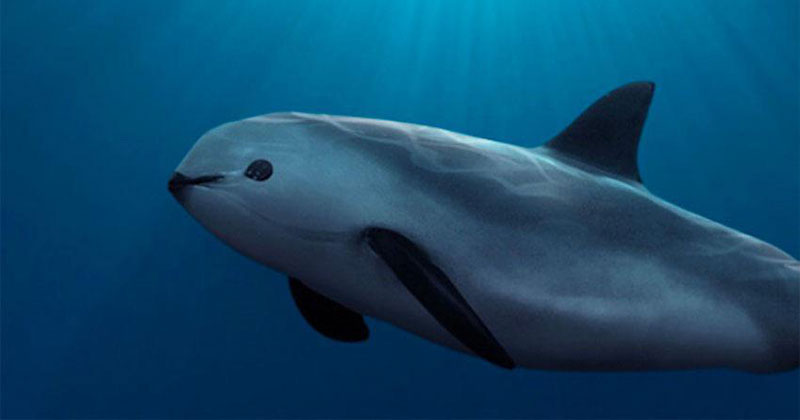 The Vaquita (Phocoena sinus), literally “little cow” in Spanish, is a species of porpoise endemic to the northern end of the Gulf of California (Sea of Cortez, Vermilion Sea). Averaging 150 cm (for females) or 140 cm (for males) in length, it is the smallest of all living cetaceans.

Today, the species is on the brink of extinction. Recent research estimates the population at fewer than 10 individuals. The steep decline in abundance is primarily due to bycatch in gillnets from the illegal totoaba fishery. [source]

The vaquita is listed as critically endangered on the IUCN Red List. Today, this is the most endangered marine mammal in the world. VaquitaCPR are trying to save the species but the outlook is bleak. You can learn more about their conservation efforts here.