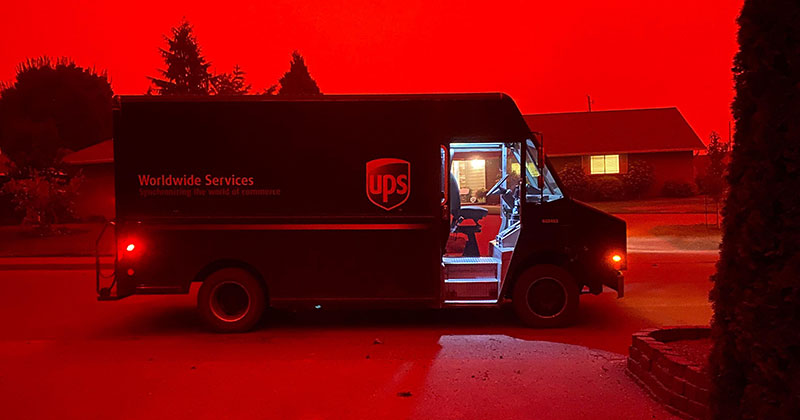 Wildfires are currently raging across the United States and wreaking havoc. They have also turned the skies a surreal orange-red that conjure up visions of the apocalypse. Comparisons have also been made to Mars, the film “Blade Runner 2049” and the shows “Stranger Things” and “Avatar: The Last Airbender.”

Parts of Washington, Oregon, California, Idaho, Nevada, Arizona and Utah are currently under critical and elevated risk of fire weather, according to the National Weather Service and people going outside are also encouraged to check their local AQI (air quality index) to determine if the air is safe.

According to NASA, the colour-changing skies are a result of smoke particles, which block certain wavelength colours from the sun:

Below you will find some amazing shots shared on reddit and Twitter along with a surreal video of San Francisco captured by a drone. Be safe! 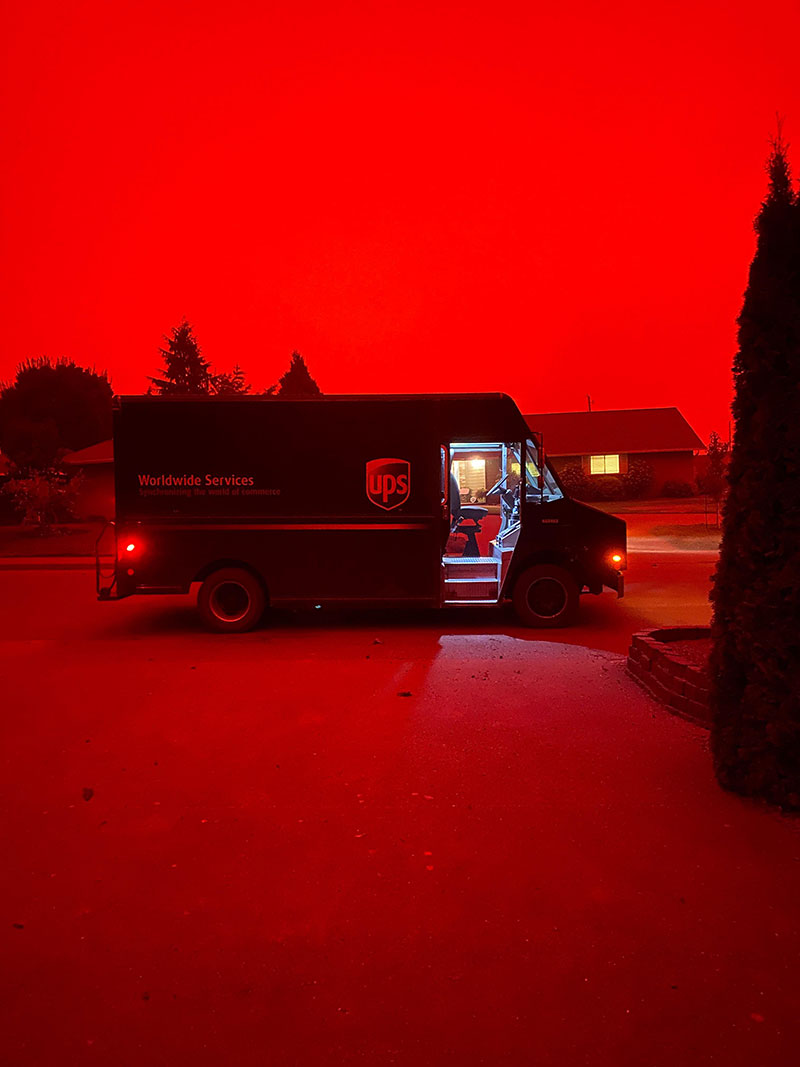 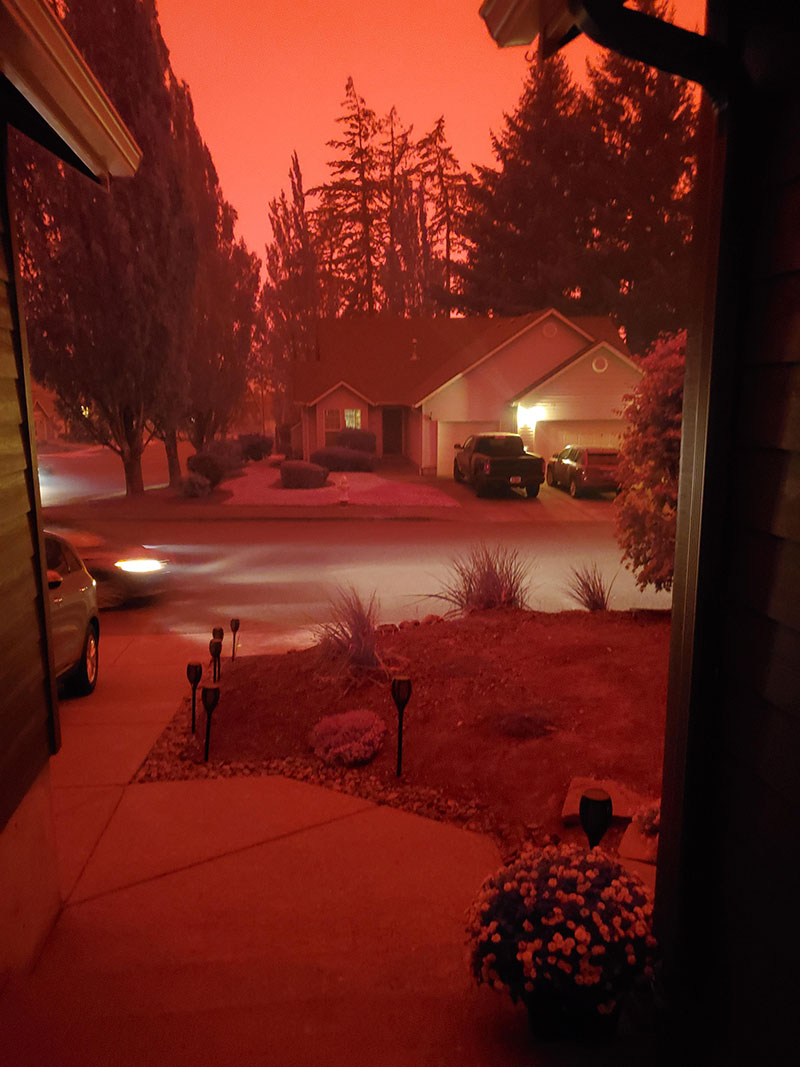 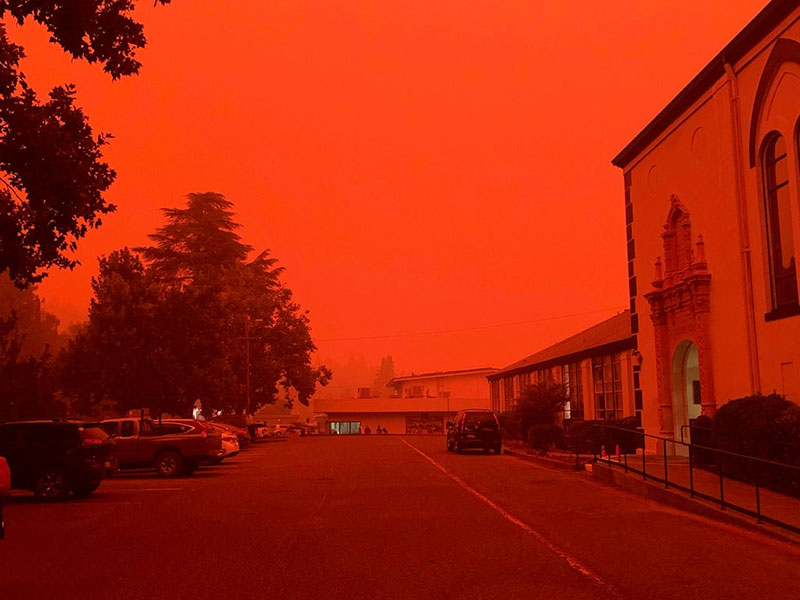 Opened the door this morning in SF. Sky in California is really this orange pic.twitter.com/erJB2ENTPY 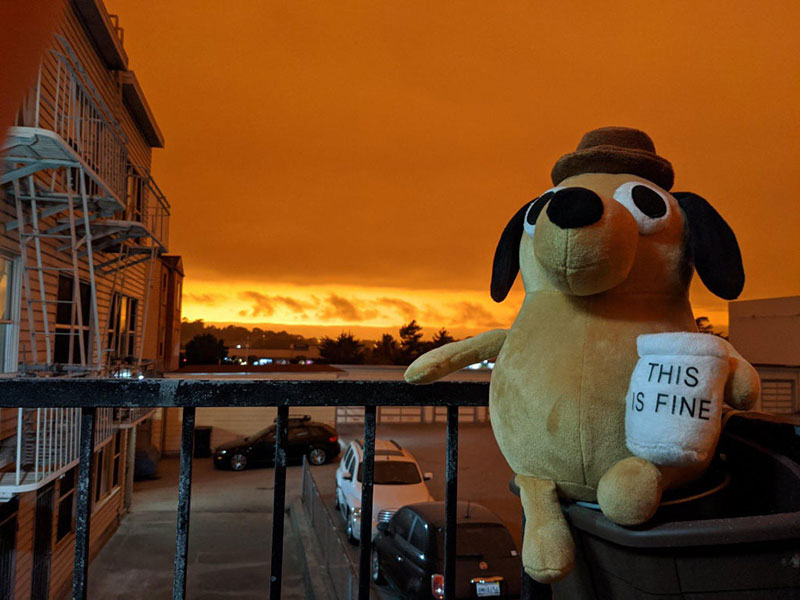