Popularized in England, These Wavy Walls Actually Use Fewer Bricks Than a Straight Wall 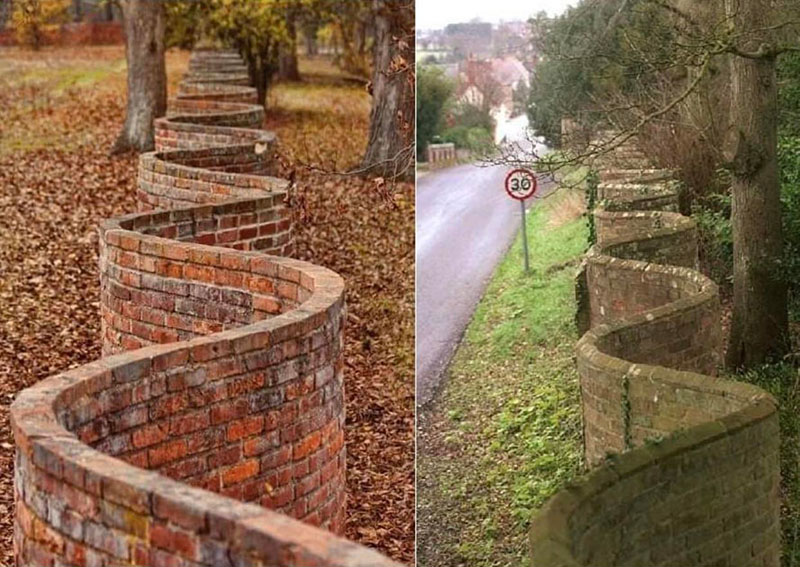 How cool is this! Popularized in England, these wavy walls actually use less bricks than a straight wall because they can be made just one brick thin, while a straight wall—without buttresses—would easily topple over.

According to Wikipedia, these wavy walls are also known as: crinkle crankle walls, crinkum crankum walls, serpentine walls, or ribbon walls. The alternate convex and concave curves in the wall provide stability and help it to resist lateral forces. [source]

The county of Suffolk seems to be home to countless examples of these crinkle crankle walls. On freston.net you can find 100 wavy walls that have been documented and photographed. In the United States, the best known serpentine wall can be found at the University of Virginia where Thomas Jefferson incorporated the wavy walls into the architecture. Although some authorities claim that Jefferson invented this design, he was merely adapting a well-established English style of construction. [source]

As for the mathematics behind these serpentine walls and why the waves make them more resistant to horizontal forces like wind vs straight walls, check out this post by John D. Cook.

Below you will find additional examples of these intriguing wavy walls that lawnmowers surely detest! 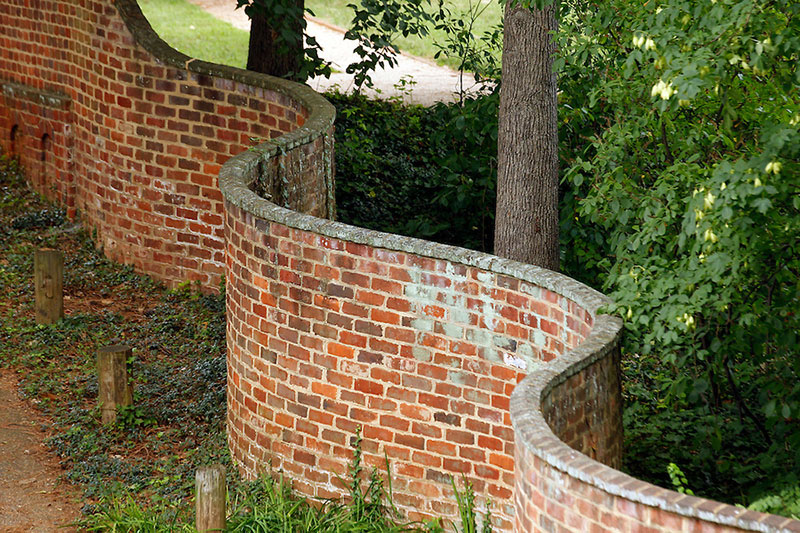 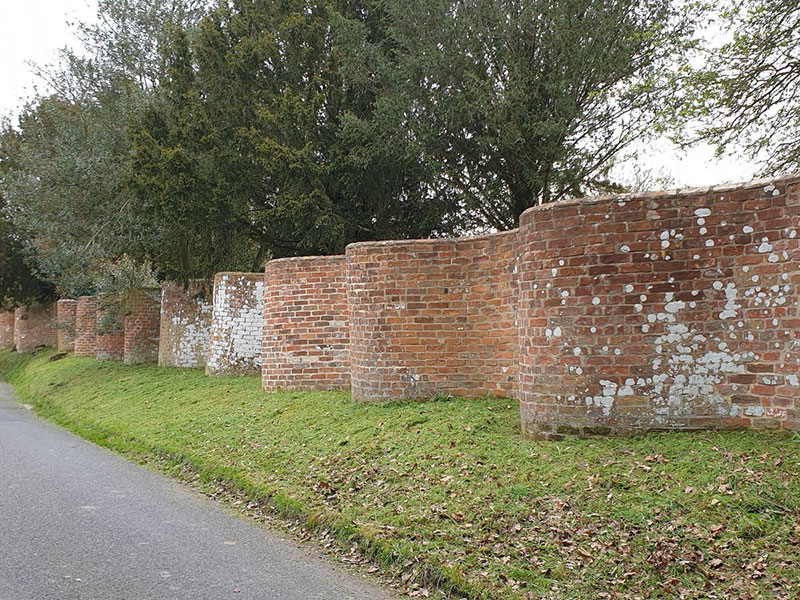 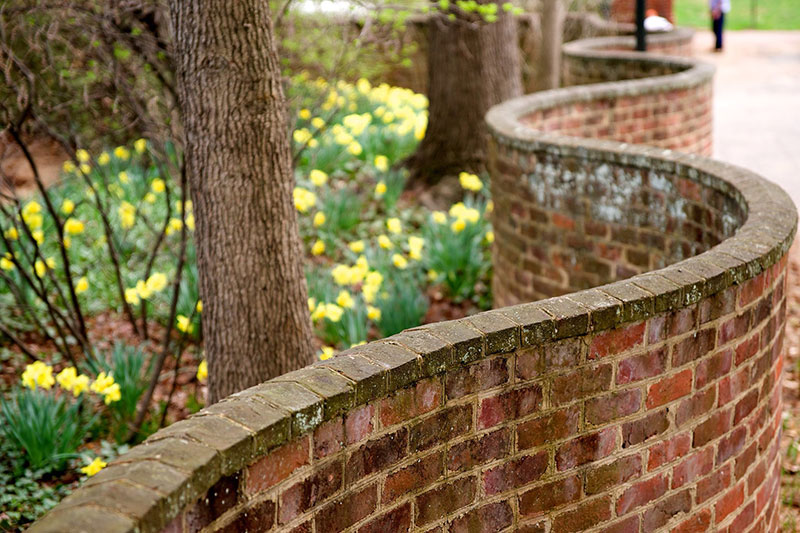 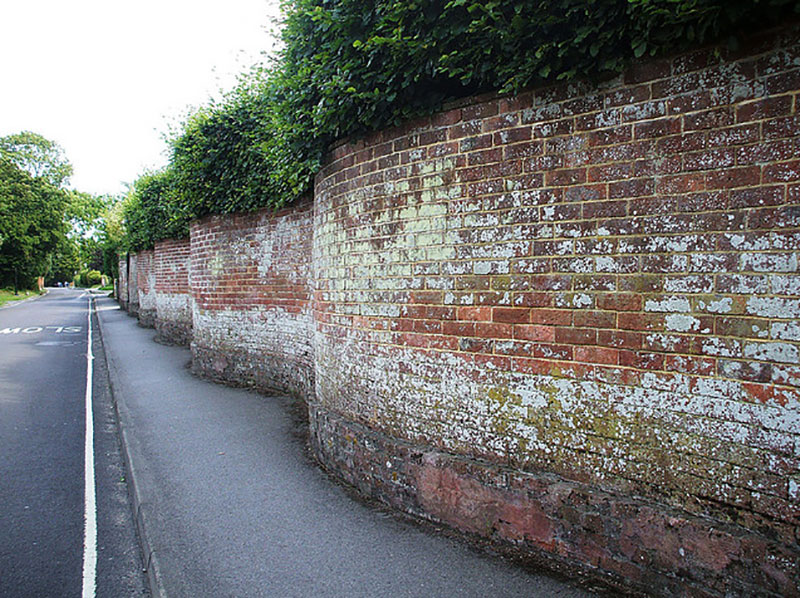 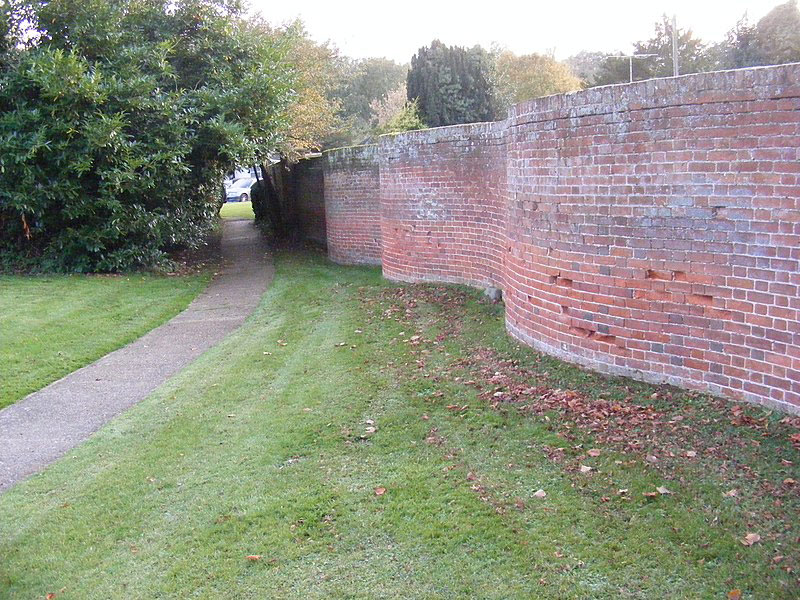 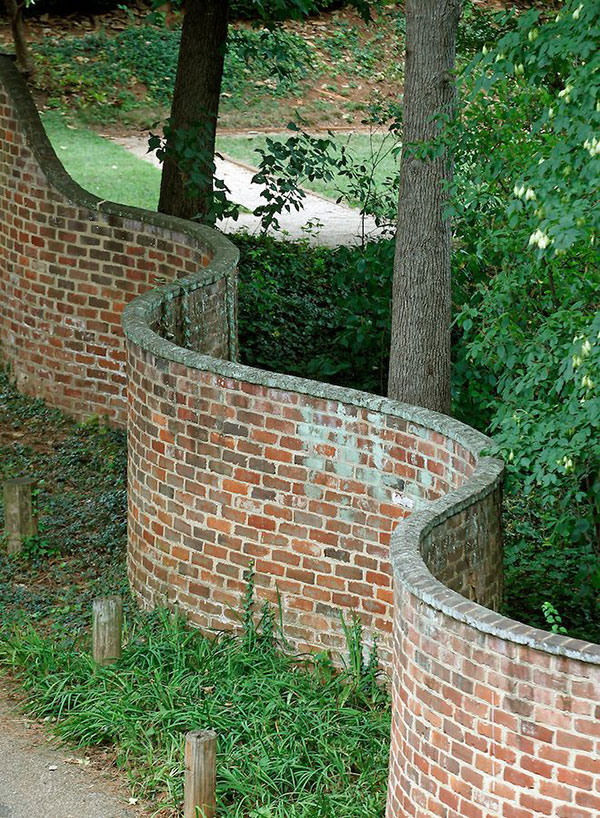