Spike Lee’s “Do the Right Thing” Screenplay, Handwritten in March of 1988 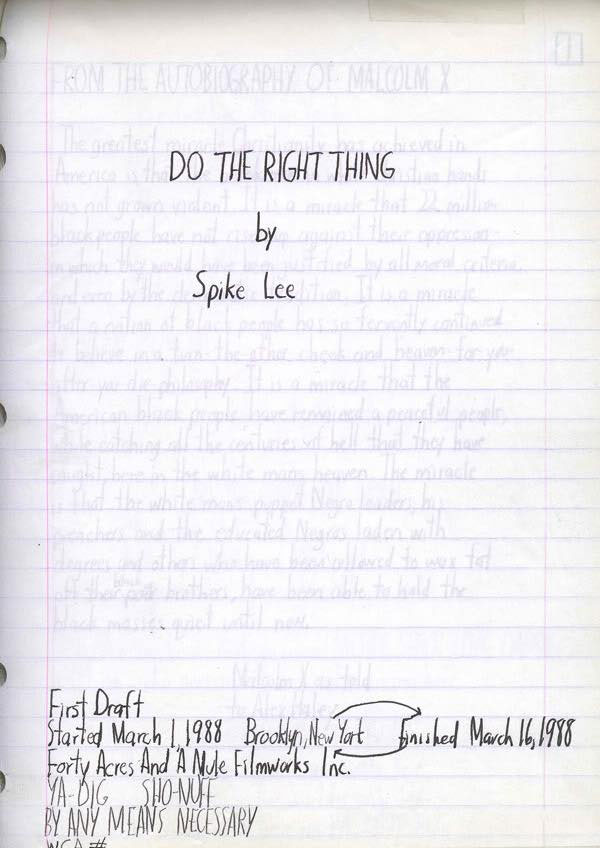 How cool is this! It’s a few pages from the handwritten first draft of Spike Lee’s critically acclaimed film, “Do the Right Thing” (1989). Handwritten in March of 1988, the 173-page first draft was completed in only two weeks! What strikes me most is his beautiful penmanship and the fact he churned out a first draft so quickly. Goes to show that creativity can come in waves.

The film was a critical and commercial success and received numerous accolades, including Academy Award nominations for Best Original Screenplay and Best Supporting Actor for Danny Aiello’s portrayal of Sal the pizzeria owner. In 1999, the film was deemed “culturally, historically, and aesthetically significant” by the Library of Congress, in its first year of eligibility, and was selected for preservation in the National Film Registry. [source]

For those interested, the complete (and typed) second draft can be found here (PDF). 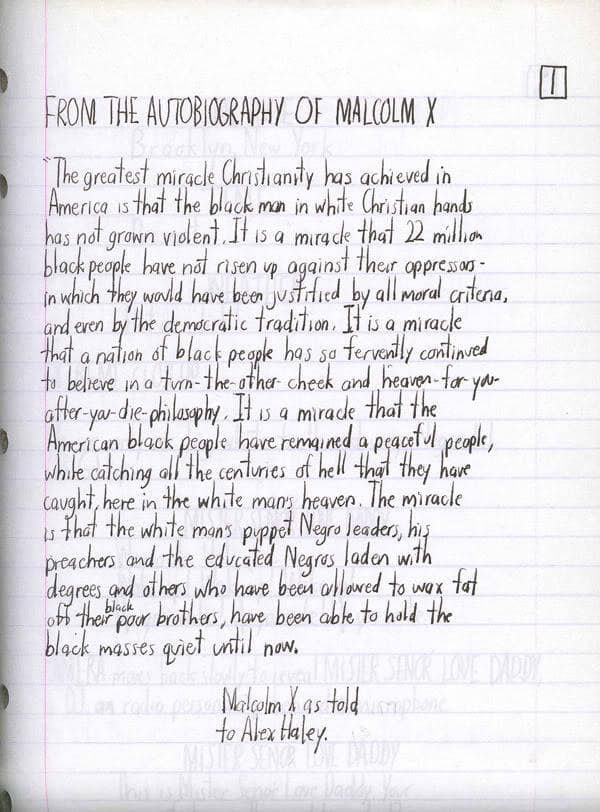