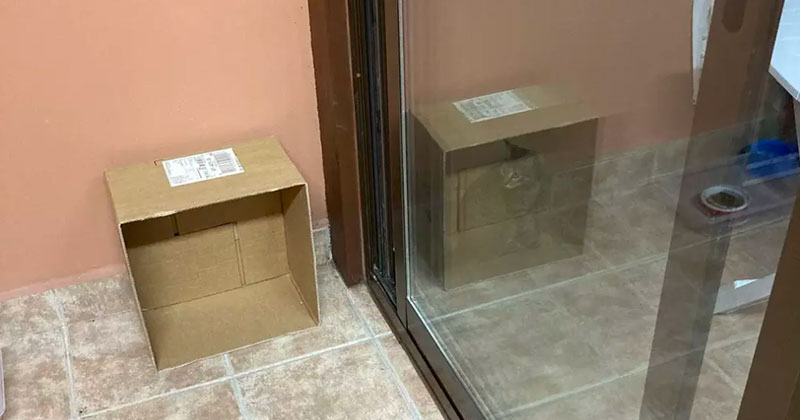 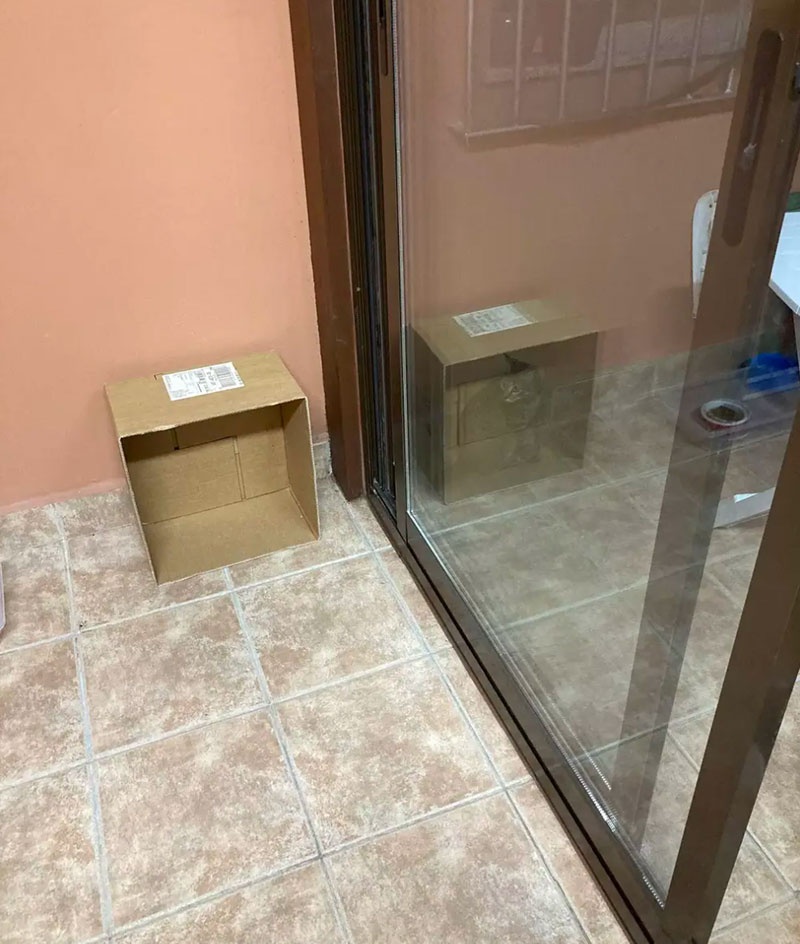 So this was the top trending photo on reddit yesterday and I’m okay admitting that it took me a while to figure it out. At first I just assumed ‘photoshop’ but finally realized the box is on one side and the cat is simply on the other, duh! The simple reflection creates the illusion.

Anyway, on to the obligatory Wikipedia entry on Schrödinger’s cat:

Schrödinger’s cat is a thought experiment, sometimes described as a paradox, devised by Austrian physicist Erwin Schrödinger in 1935, during the course of discussions with Albert Einstein. It illustrates what he saw as the problem of the Copenhagen interpretation of quantum mechanics applied to everyday objects. The scenario presents a hypothetical cat that may be simultaneously both alive and dead, a state known as a quantum superposition, as a result of being linked to a random subatomic event that may or may not occur.

A cat, a flask of poison, and a radioactive source are placed in a sealed box. If an internal monitor (e.g. Geiger counter) detects radioactivity (i.e. a single atom decaying), the flask is shattered, releasing the poison, which kills the cat. The Copenhagen interpretation of quantum mechanics implies that after a while, the cat is simultaneously alive and dead. Yet, when one looks in the box, one sees the cat either alive or dead, not both alive and dead. This poses the question of when exactly quantum superposition ends and reality collapses into one possibility or the other.