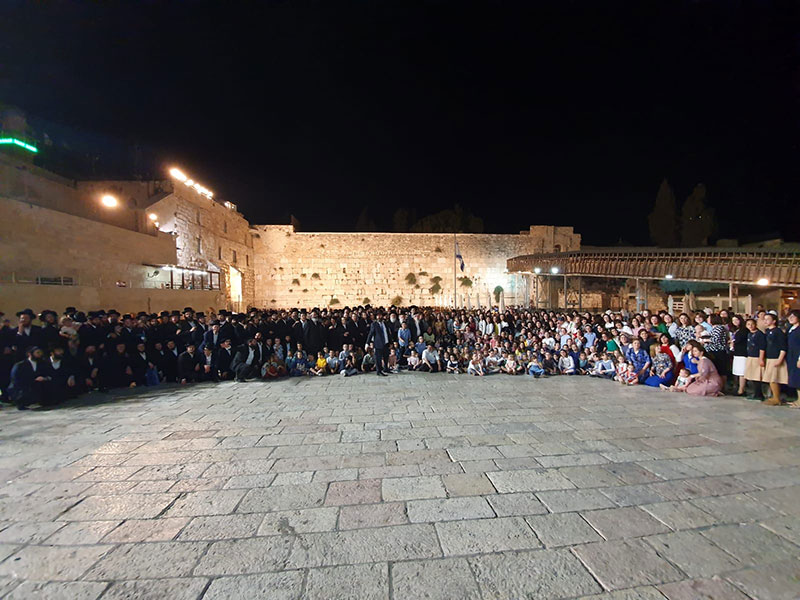 104-year-old Holocaust survivor Shoshana Ovitz celebrated her birthday with an incredible family photo of her and her 400 descendants at the historic Western Wall in Jerusalem, which is considered the holiest place in the world where Jews are permitted to pray.

Ovitz survived Auschwitz, where she saw her mother handed over to Nazi doctor and war criminal Josef Mengele. After liberation, Shoshana met Dov Ovitz, whose wife and four daughters had been murdered. They married and lived in Austria before moving to Haifa in Israel, where they had two daughters and two sons.

According to Ovitz’s oldest granddaughter, about 10% of her descendants were missing from the photo, as they were unable to make the gathering.