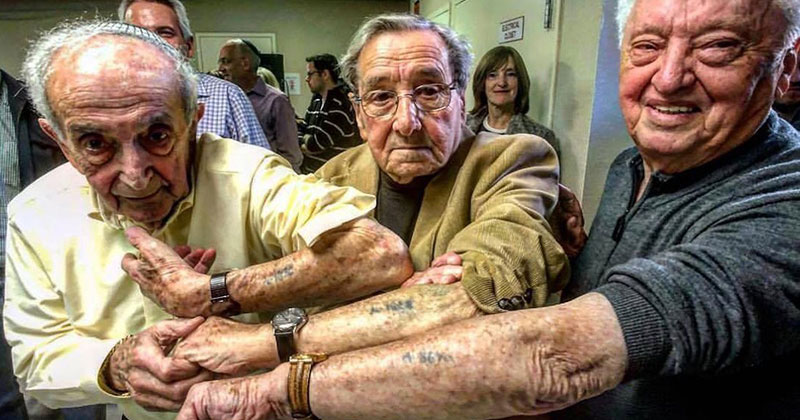 Today is #YomHaShoah #HolocaustRemembranceDay. In 1944, the year I was born, my friends Werner and Walter were tattooed 10 numbers apart in #Auschwitz. Because of a Facebook miracle I was able to film their first meeting 72 years later. #NeverAgain

Social Media news channel NowThis produced the interview segment with these two survivors and their story is worth a watch (embedded below). Even though they were in the same line a mere 10 people apart, this is the first time the two ever met.