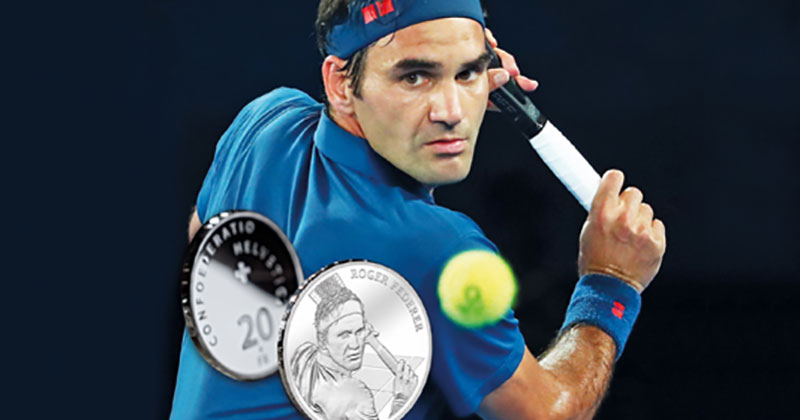 Tennis legend and Swiss icon, Roger Federer, has become the first living person to ever be celebrated on Swiss coins. The country’s federal mint, Swissmint, will release a 20 Swiss francs silver commemorative coin in January and plans to add a Federer SFr50 gold coin in May.

Demand for the commemorative coin has been colossal, and people signing up to pre-order the first batch crashed the site this week. “We had 2.5 million clicks. It was too much for the shop to handle,” said Swissmint CEO Marius Haldimann.

According to the ATP:

Of the 35,000 20-franc silver coins offered in the pre-sale window, 15,000 have been snapped up. The remaining 20,000 coins from the initial run are expected to sell quickly when the website returns to full functionality. An additional 40,000 will be released in May, when a 50-franc gold coin will also be released.

Designed by Italian engraver Remo Mascherini, the coin features an image of the 20-time Grand Slam winner based on what appears to be a wire photo from Federer’s winning turn against Greece’s Stefanos Tsitsipas at the 2018 Australian Open. [source]