The Evolution of a Tornado 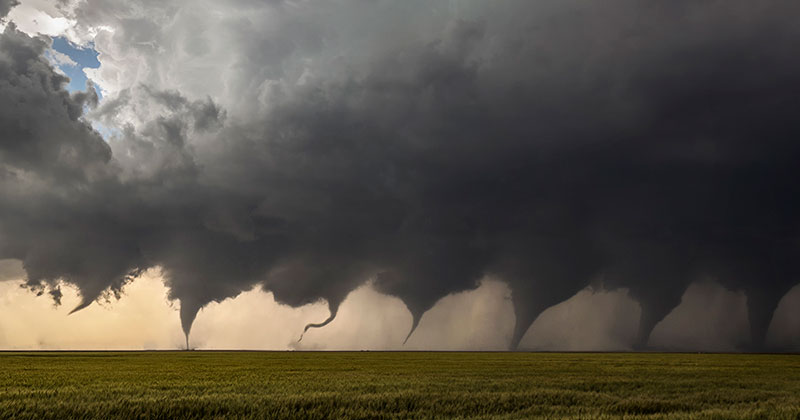 In this amazing photomontage we get to see the evolution of a tornado that formed north of Minneola, Kansas on May 24, 2016. The photo is a composite of eight images shot in two sequences. According to photographer Jason Weingart, this prolific supercell went on to produce at least 12 tornadoes and at times had two and even three tornadoes on the ground at once.

This image was most recently awarded first place in the Wikimedia Commons 2018 Picture of the Year. The image was also a Jury’s Choice award winner in the 2017 Wiki Science Competition in the United States.

via Jason Weingart on Wikimedia Commons