This Photo from the Summit of Everest is Insane 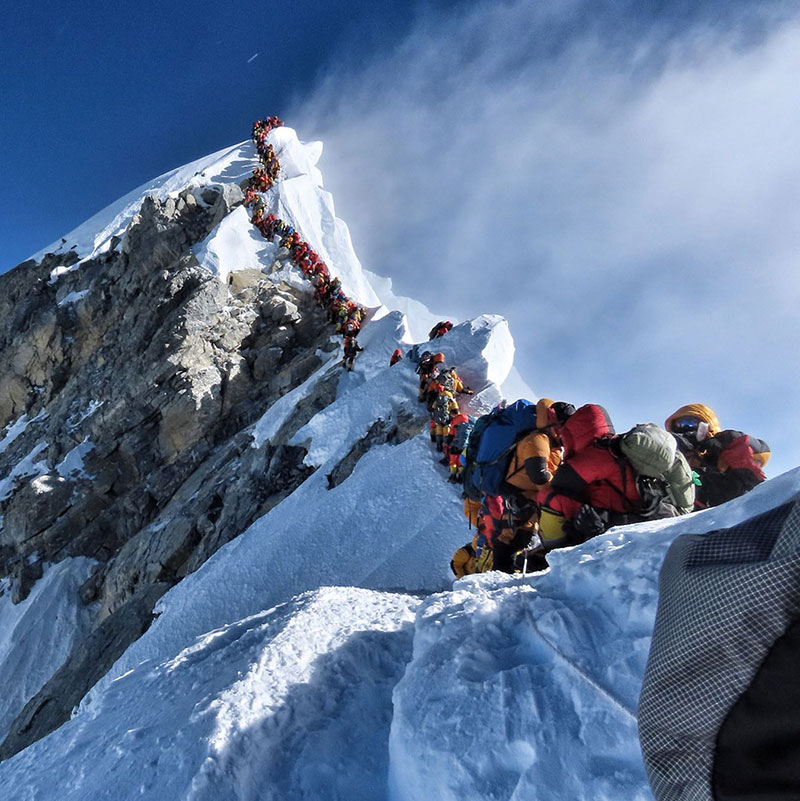 Check out this shocking photo of a ‘traffic jam’ on Everest where approximately 320 people were making their way to/from the summit on May 22nd, 2019.

The photo was shared by Nirmal Purja of Project Possible 14/7, who is attempting to “climb all 14 of the 8,000m Himalayan peaks in a single 7 month season, breaking the previous record of 7 years, 11 months and 14 days.”

The viral photo has been used in recent days to raise awareness about the overcrowding concerns on Everest as earlier this week another mountaineer died after summiting Mount Everest, bringing the death toll for the 2019 climbing season to 11 people. You can read more about the overcrowding issues in this CNN article.