Aerial Refueling Looks as Cool as It Sounds (10 Photos) 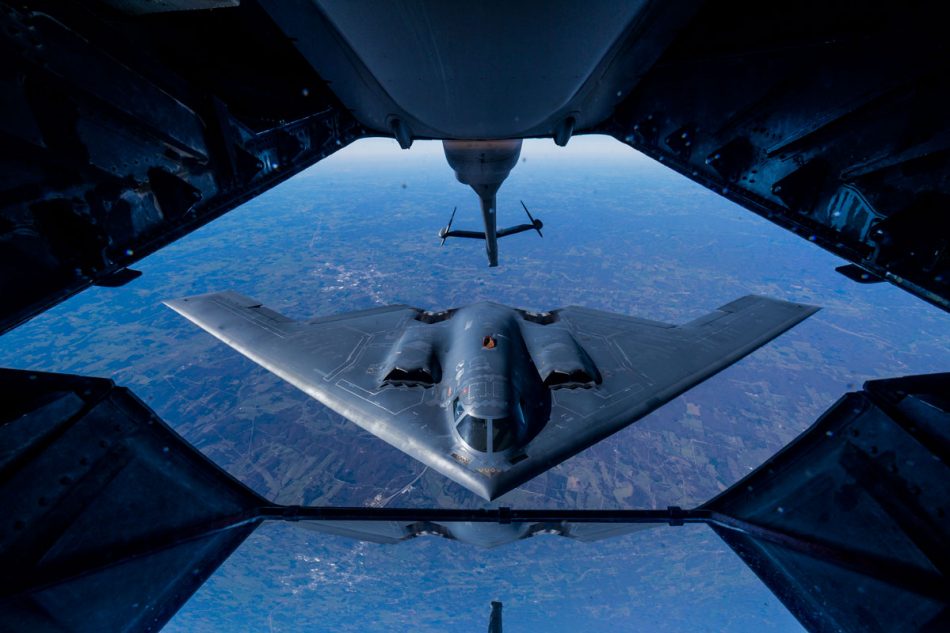 Aerial refueling is exactly what the name suggests: the transfer of fuel from one aircraft to another so said aircraft does not need to land. According to Wikipedia, it’s also commonly known as air refueling, in-flight refueling (IFR), air-to-air refueling (AAR), and tanking. There are two main refueling systems:

probe-and-drogue, which is simpler to adapt to existing aircraft, and the flying boom, which offers faster fuel transfer, but requires a dedicated boom operator station.

A 2nd Air Refueling Squadron KC-10 Extender from Joint Base McGuire-Dix-Lakehurst, N.J., prepares to refuel a B-2 Spirit, during a training exercise near Kansas, Nov. 10, 2016. The KC-10 Extender is an Air Mobility Command advanced tanker and cargo aircraft designed to provide increased global mobility for U.S. armed forces. Although the KC-l0’s primary mission is aerial refueling, it can combine the tasks of a tanker and cargo aircraft by refueling fighters and simultaneously carry the fighter support personnel and equipment on overseas deployments. 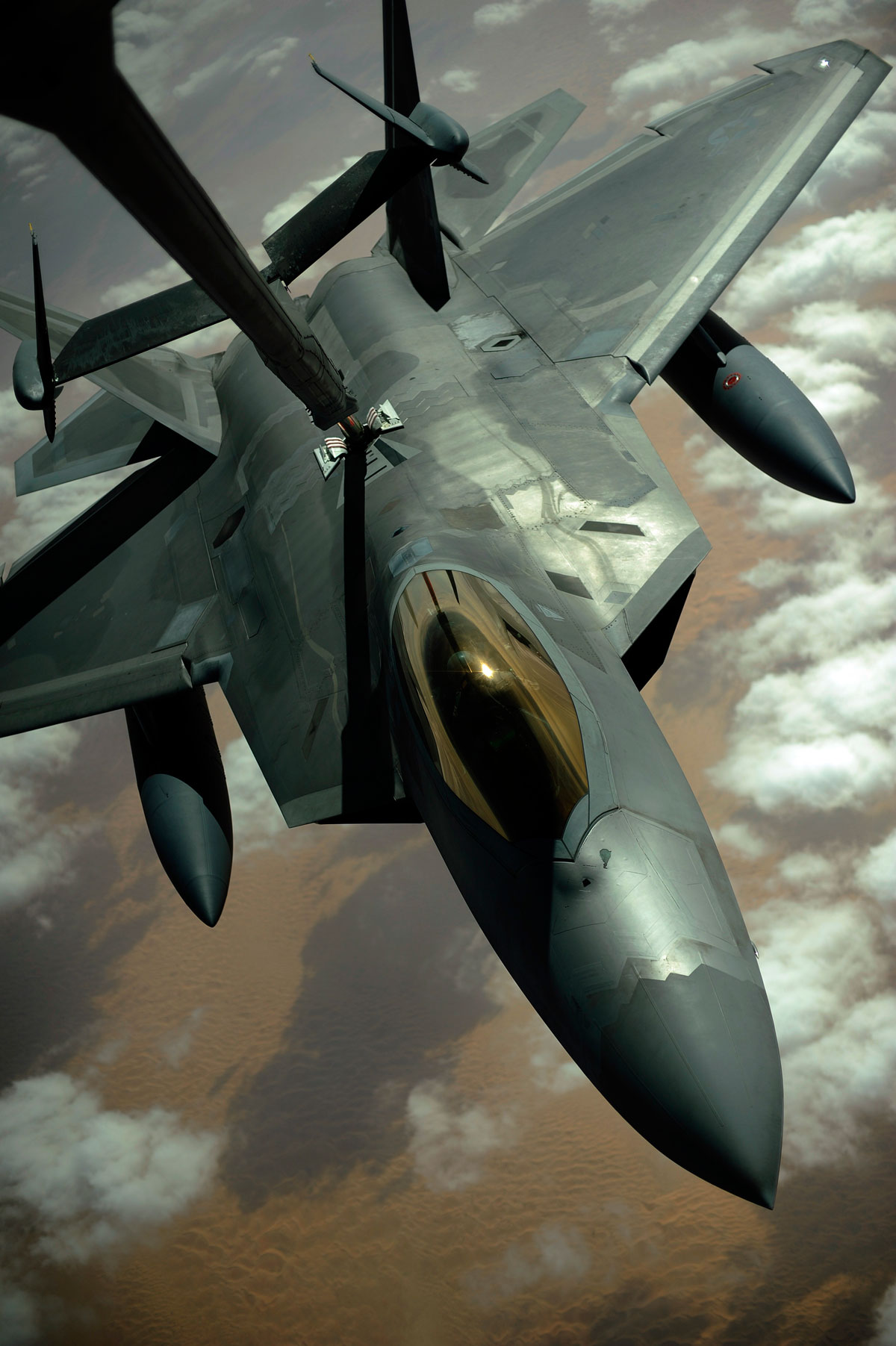 A U.S. Air Force F-22 Raptor aircraft is refueled by a KC-10A Extender aircraft with the 908th Expeditionary Air Refueling Squadron in southwest Asia on Dec. 9, 2009. The F-22 fighters and crews are deployed from the 27th Fighter Squadron at Langley Air Force Base, Va. Aircrews from France, Jordan, Pakistan, the U.A.E., the U.K. and the U.S. are training together in the Air Forces Central area of responsibility. 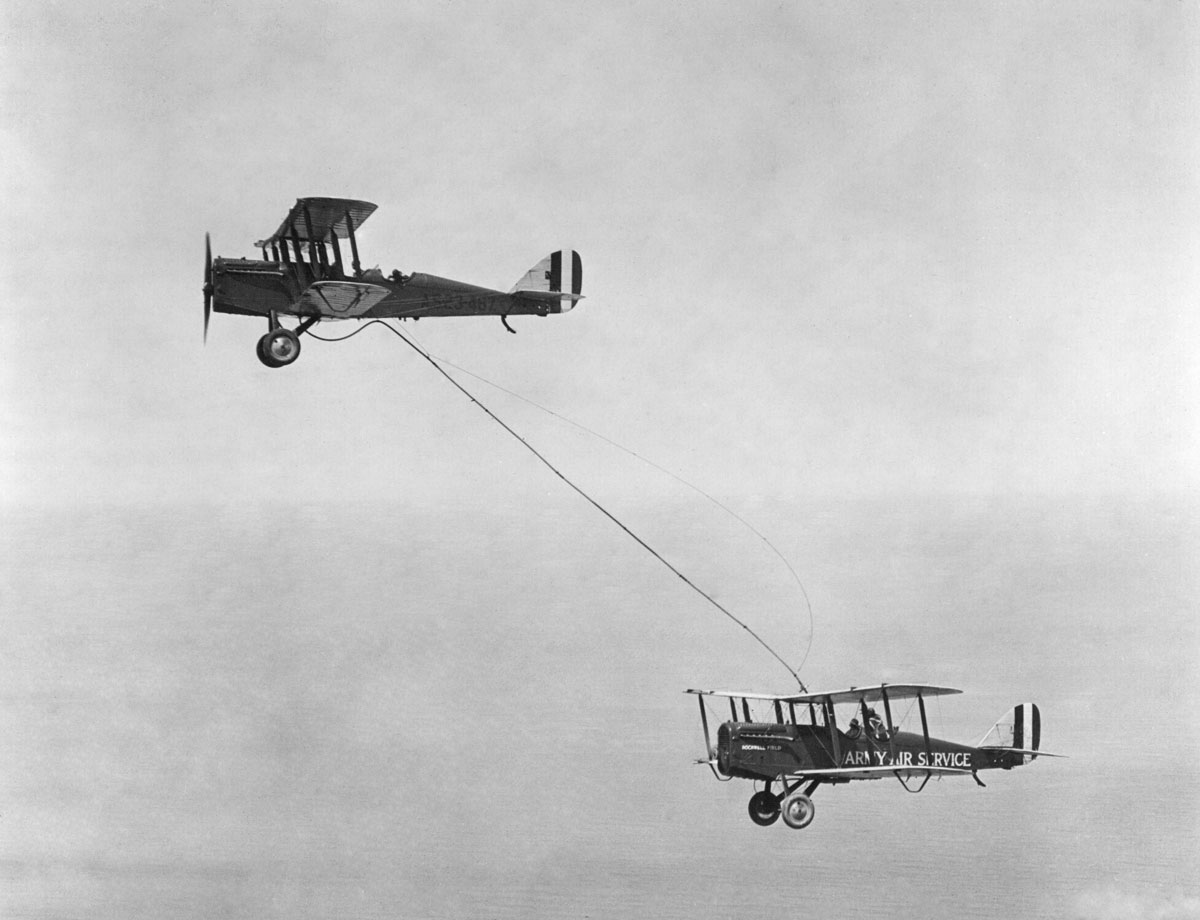 Capt. Lowell H. Smith and Lt. John P. Richter performing the first aerial refueling on 27 June 1923. The DH-4B biplane remained aloft over the skies of Rockwell Field in San Diego, California, for 37 hours. The airfield’s logo is visible on the aircraft. 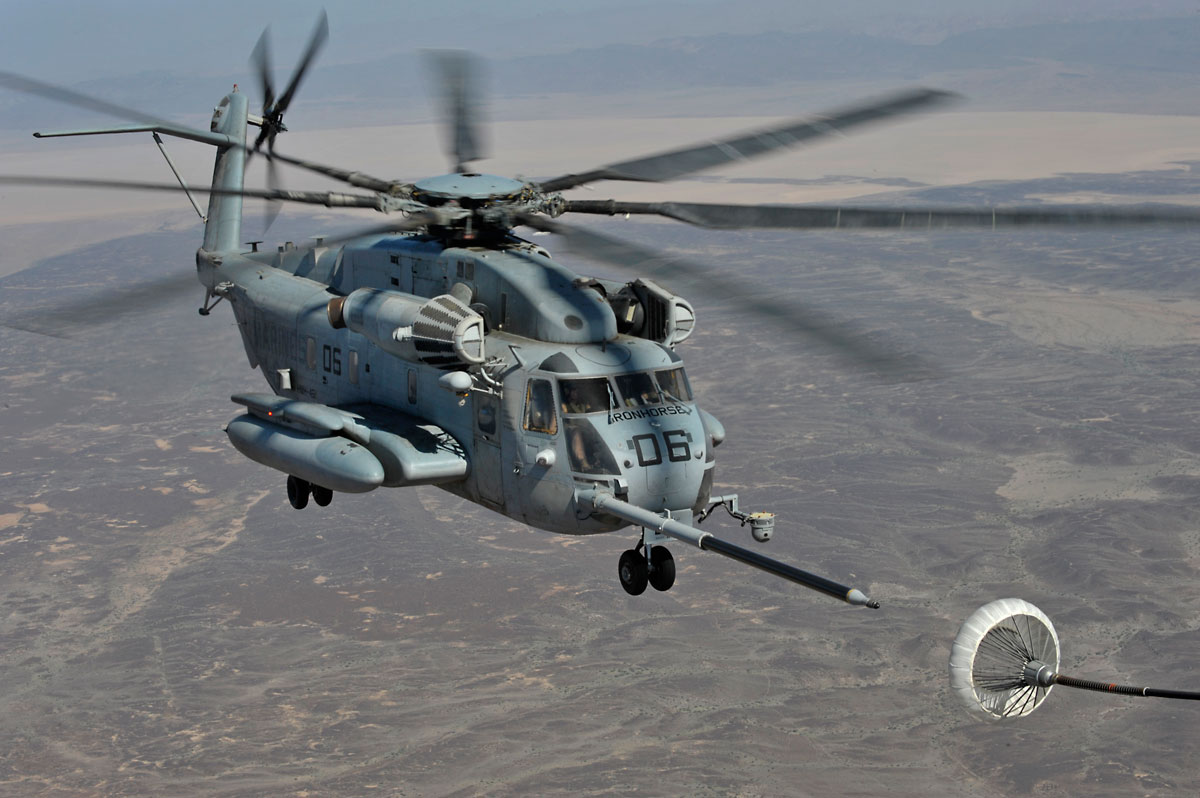 A U.S. Marine CH-53E Super Stallion helicopter assigned to Marine Heavy Helicopter Squadron Four Six One approaches an Air Force C-130P aircraft, from the 81st Rescue Squadron during a helicopter air refueling mission. 13,800 pounds of fuel was delivered to the helicopter during the 45 minute mission. Both aircraft are from Combined Joint Task Force-Horn of Africa, which is head quartered in Djibouti, it employs an indirect approach to counter violent extremism. Through a strategy of cooperative conflict prevention the task force helps build the internal capacities of countries at risk to prevail against extremists exploiting instability. 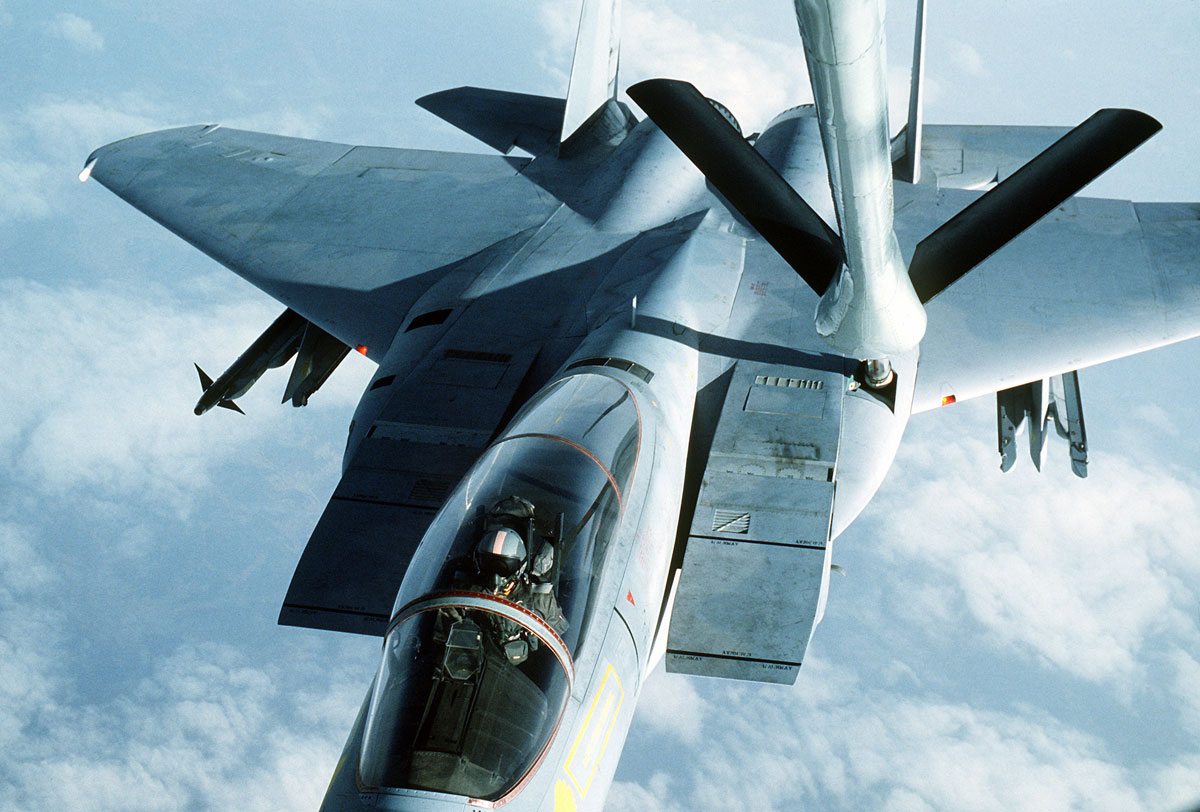 Three U.S. Navy planes connected for in-flight refueling: Two Douglas KA-3B Skywarrior (BuNos 142654, 142665) from the Heavy Attack Squadron VAH-11 Checkertails and a Douglas A-4E Skyhawk (BuNo 149992?) from Attack Squadron 81. Normal inflight-refueling is only performed between two planes, this was a stunt performed for the photographer. This is also sometimes referred to as a “daisy chain” by participants. Circa 1964 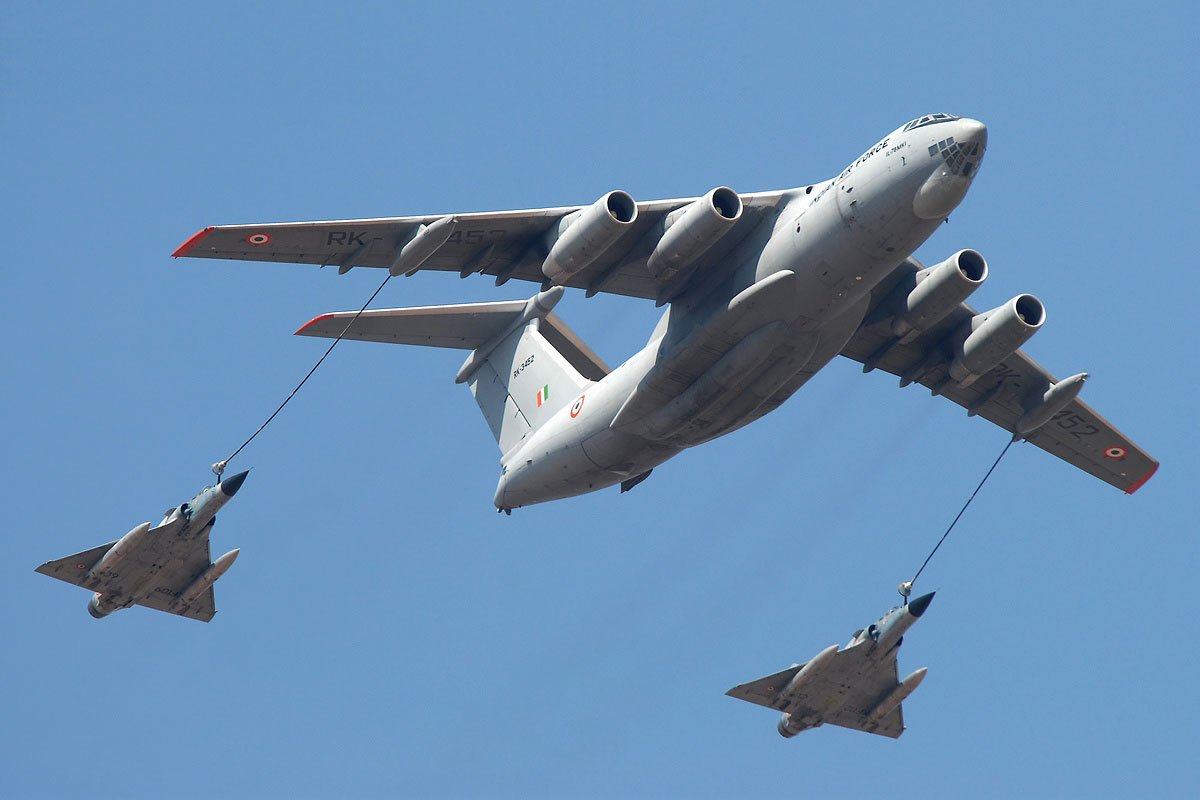 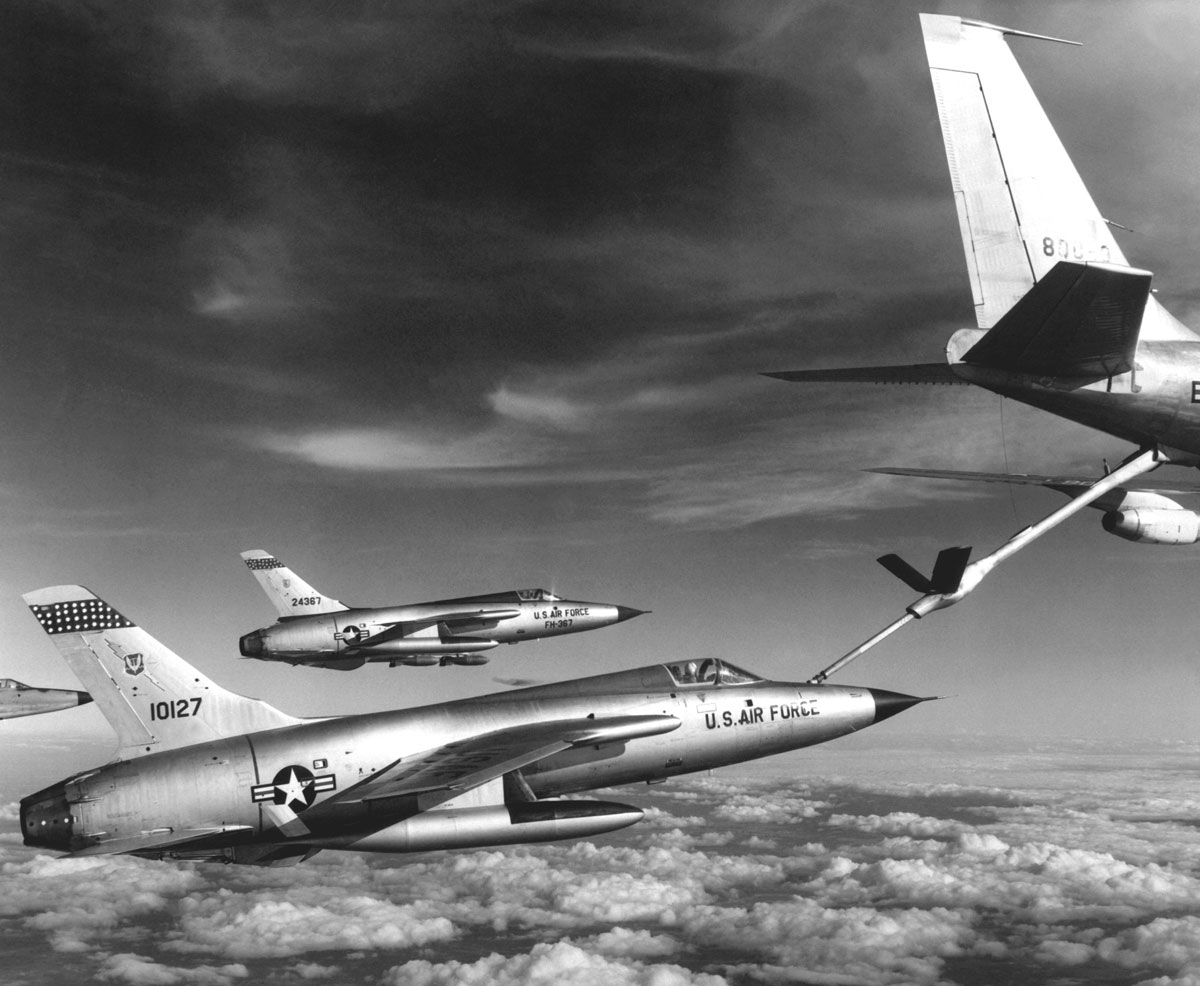 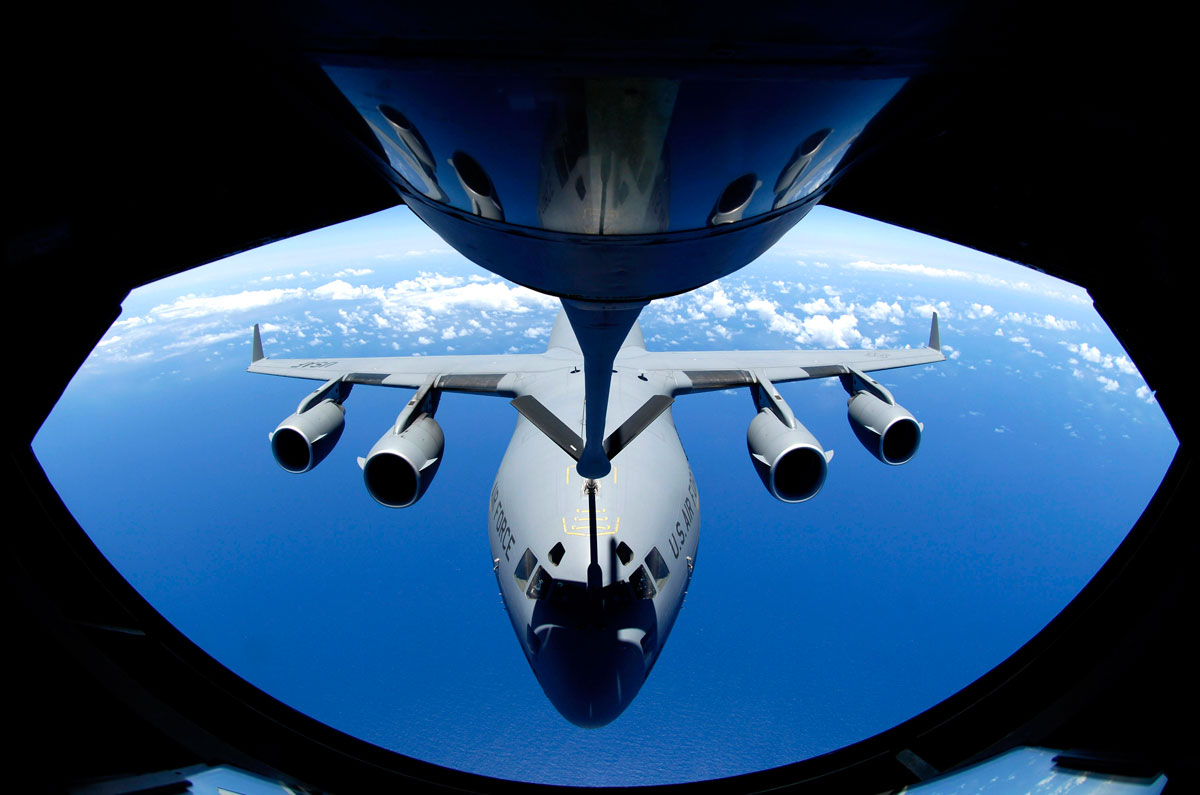 A C-17 Globemaster III approaches the boom of a KC-135 Stratotanker June 18 during aerial refueling practice. A KC-135 Stratotanker from the 909th Air Refueling Squadron, at Kadena Air Base, Japan is at Hickam Air Force Base, Hawaii, practicing with a C-17 Globemaster III from the 535th Airlift Squadron for the Air Mobility Command Rodeo. 18 June 2007 or 19 June 2007