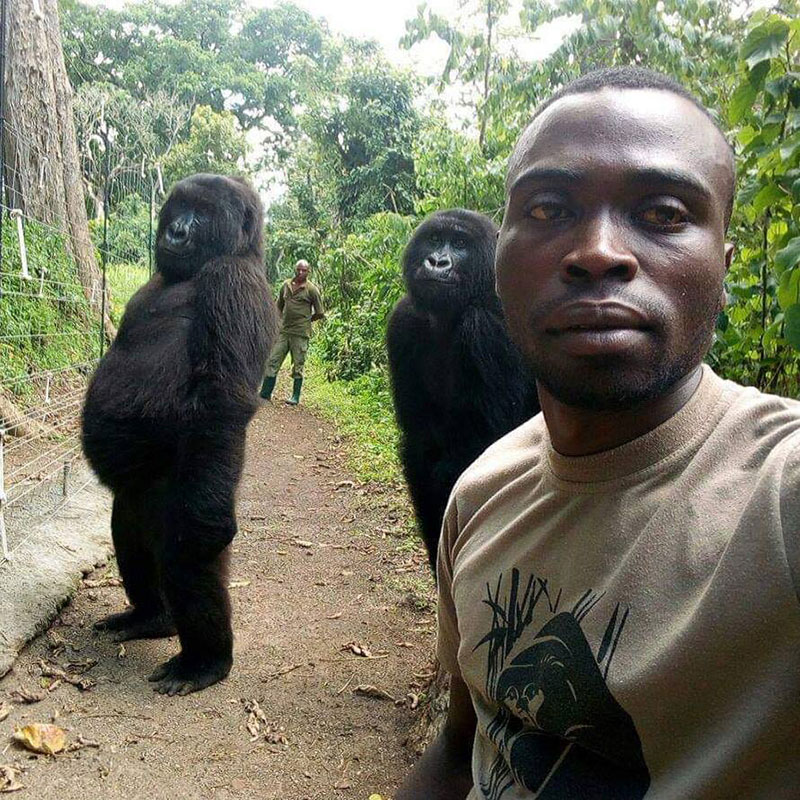 The official Instagram account for the Virunga National Park in the Democratic Republic of the Congo recently shared this viral selfie of a park ranger and two orphaned gorillas named Ndakazi and Ndeze.

According to The BBC:

The image was taken at a gorilla orphanage where the animals were raised after poachers killed their parents. The park’s deputy director told BBC Newsday that they had learned to imitate their carers, who have looked after them since they were found.

The gorillas, he added, think of the rangers as their parents. The gorillas were just two and four months old at the time. Because they’ve grown up with the rangers who rescued them, Mr Mburanumwe added, “they are imitating the humans” – and standing on two legs is their way of “learning to be human beings”. But it “doesn’t happen normally”, he said.

Pictured above is Ranger Mathieu Shamavu. In the images below we see more gorilla selfies taken by another ranger, Patrick Sadiki Sadiki. Being a ranger is an incredibly dangerous job. Five rangers were killed in Virunga National Park last year in an ambush by suspected rebels, and more than 130 park rangers have been killed in Virunga since 1996.

The park also reminds people that this photo happened under exceptional circumstances and that it is never permitted to approach a gorilla in the wild. Donations to the park and their conservation efforts can be made here. 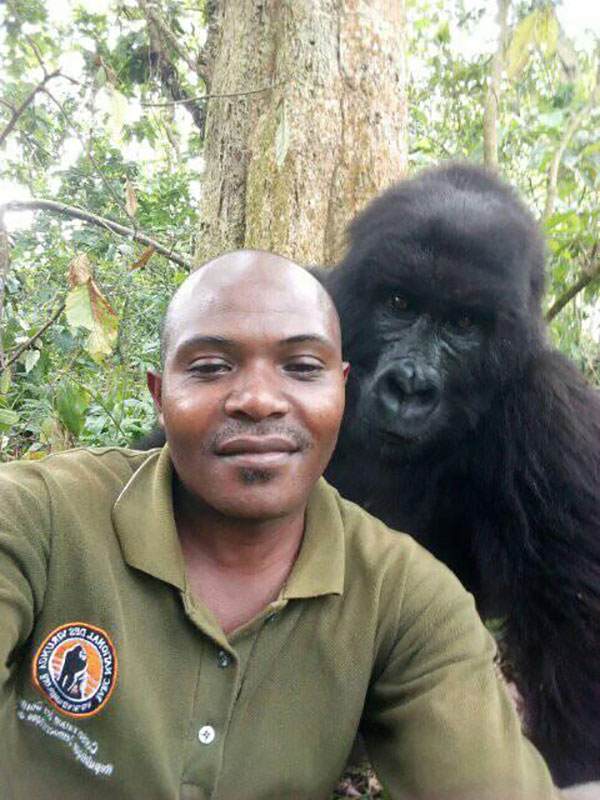 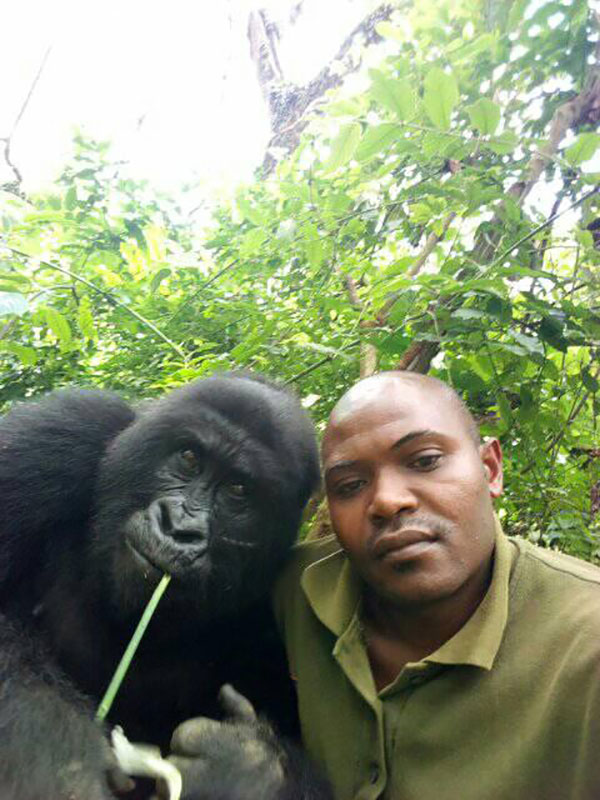 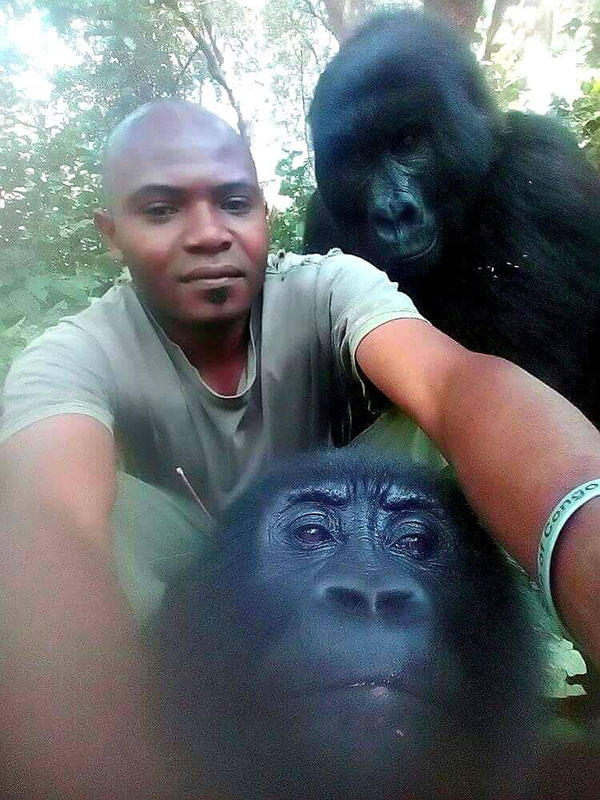