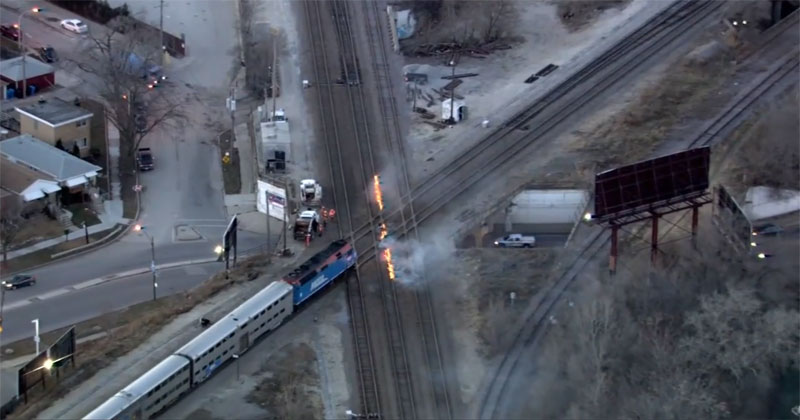 Extreme cold has been ravaging large swaths of North America, and in Chicago temperatures have dipped as low as -25°F (-31.67°C). When temps reach extremes like these they tend to create unique issues that require unorthodox solutions.

For example, the extreme cold can cause metal on train tracks to contract; pulling up bolts or causing stress fractures, both of which can shut down entire lines and create chaos for systems that transport a lot of people in and around the city.

Check out the videos below for examples of this technique being used earlier this week.

It’s so cold in Chicago, crews had to set fire to commuter rail tracks to keep the trains moving smoothly. https://t.co/ccrTwwwO6C pic.twitter.com/av7o5opEQ8