Jake, the Puppy Saved From a Fire, that Went On To Become a Firefighter

It all started in April of 2015 when firefighter Bill Lindler was coming home from a shift when he saw flames rising from a neighbour’s garage.

“I saw Mama dog and several puppies running out,” Lindler told The Dodo. “I saw one puppy trying to make his way out, when a piece of the ceiling fell on top of him. He started yelping, but he wiggled himself free and backed into a corner and cowered down.”

“I brought him outside, and he was pretty bad,” said Lindler. “He wasn’t moving. He wasn’t breathing. I did mouth-to-snout on him, until we could administer oxygen.” 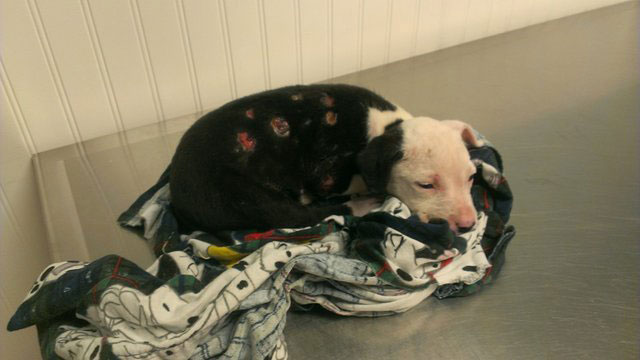 At only 3 weeks old, the pit bull barely survived and suffered burns on over much of his body. The puppy spent the next few weeks recovering at an emergency vet clinic and when Lindler went to check in on the dog he was distraught to learn that the puppy’s family had failed to come claim him. That’s when Lindler decided to adopt him. 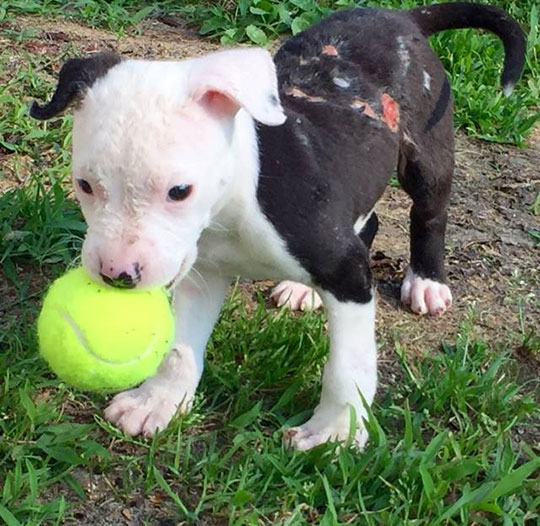 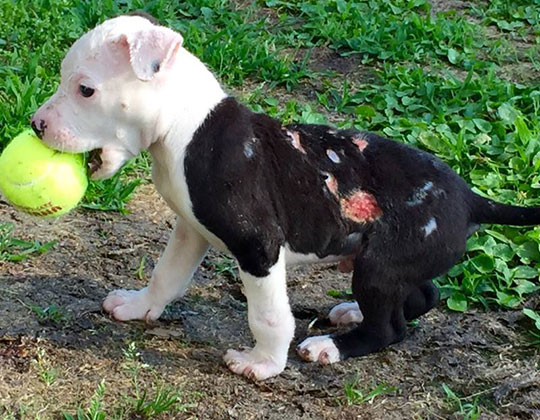 After a rough start, Jake’s health improved and he quickly settled into his new home. He was a regular at the Hanahan Fire Department station (located in South Carolina) and all the firefighters loved him. 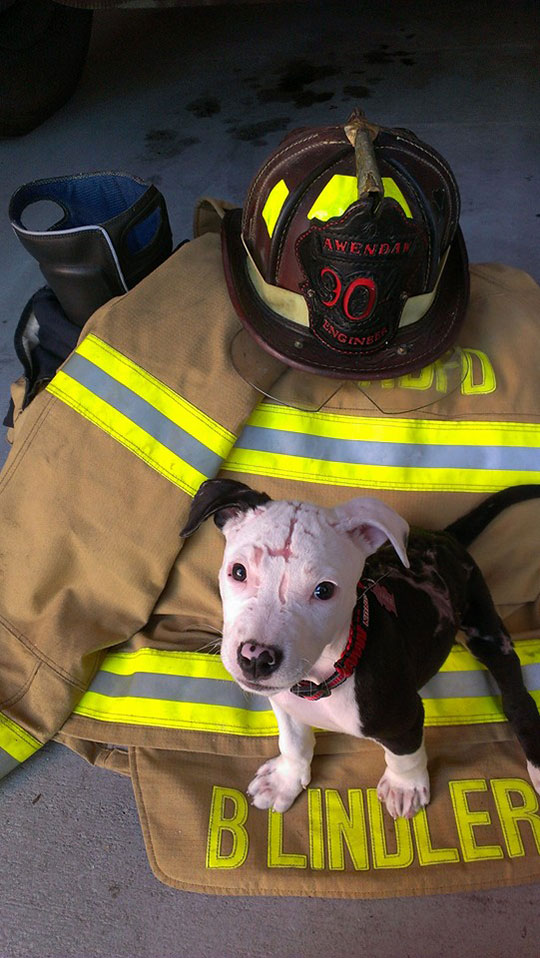 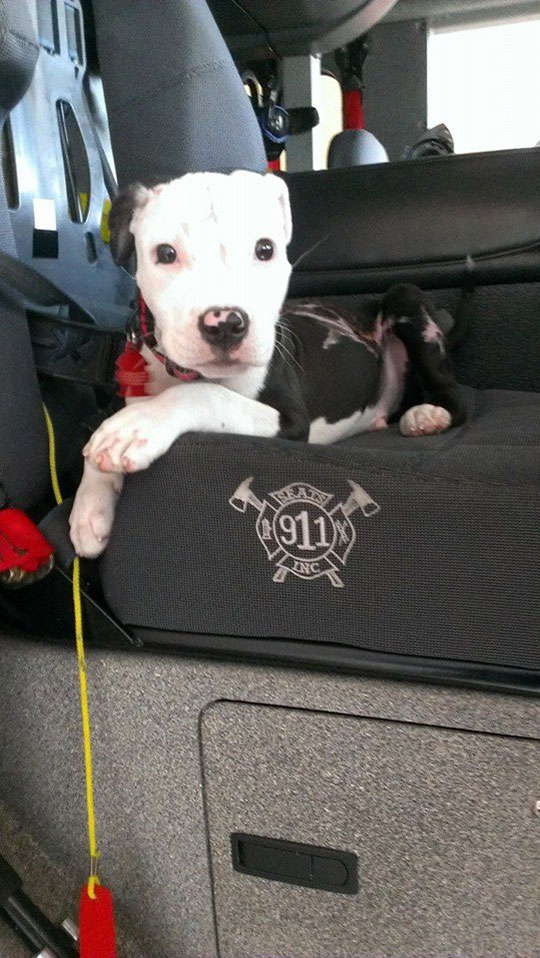 Lindler’s wife even made a uniform for Jake from an old firefighter’s jacket. Though unofficial, Jake’s position at the force was starting to become more important, especially as the station pet. The firefighters even made him a little bed at the station just for him!

As Jake continued to grow, so too did his contribution to the department. They started taking him to local schools for education classes about fire prevention and he was a hit with the kids.

Back at the station his presence provided a big morale boost for the firefighters as he would excitedly greet them when they returned from calls.

Finally, Jake was officially recognized and honoured as the official Fire Dog and Mascot for the City of Hanahan Fire Department! 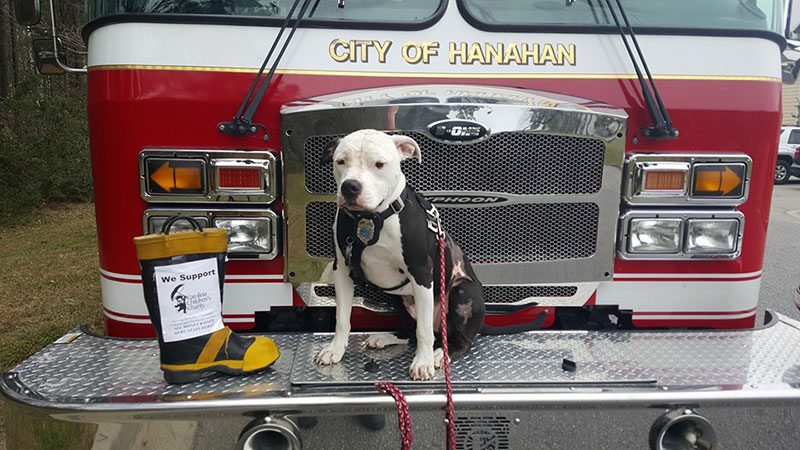 Lindler says he hopes one day Jake can be a therapy dog for children who have suffered burns. He also says Jake is working to become an arson detection dog. 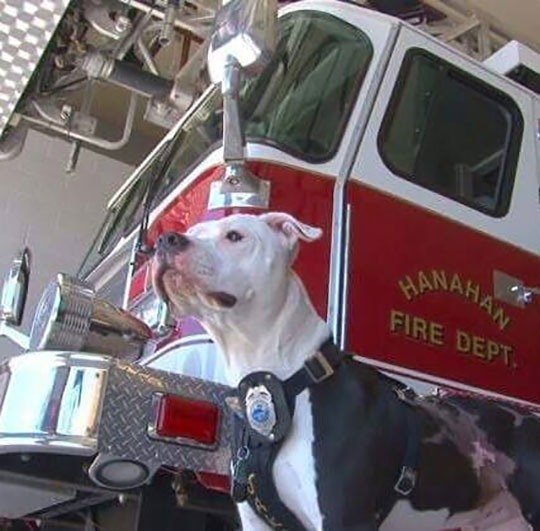 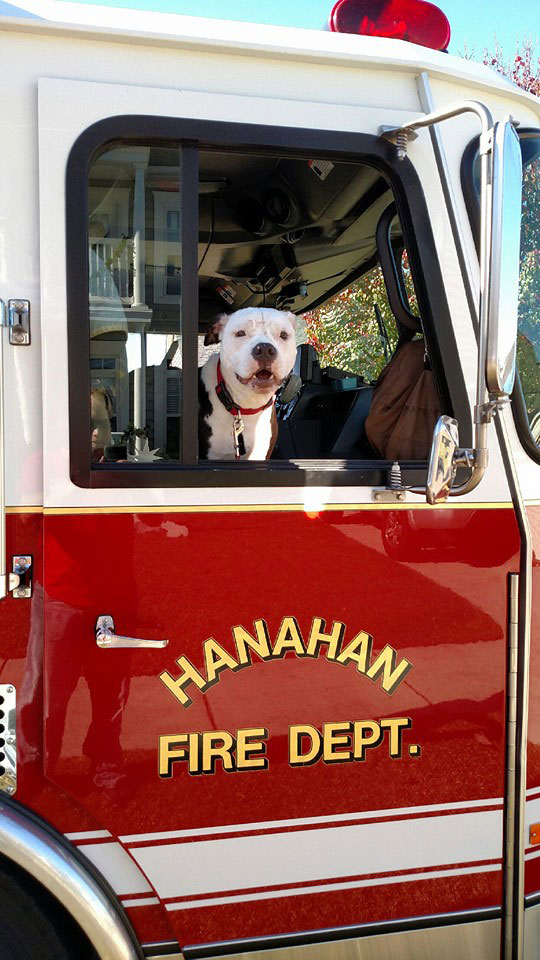 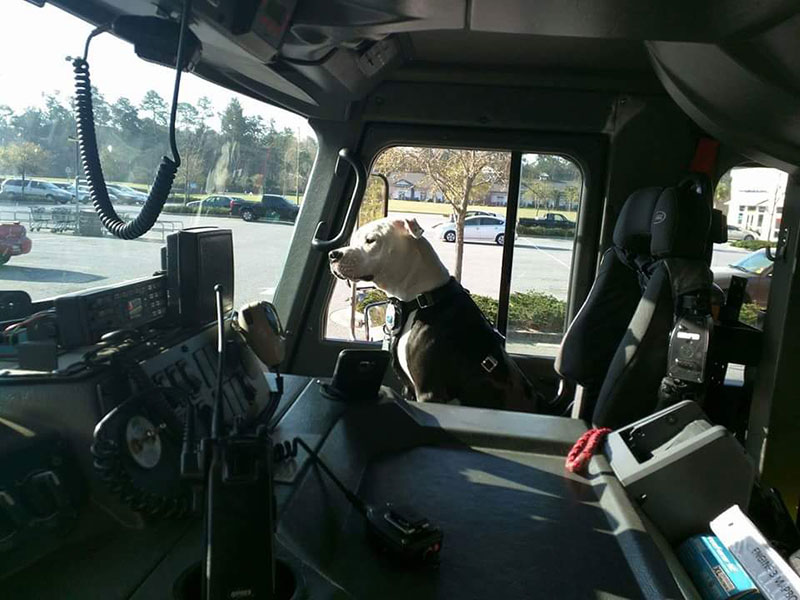 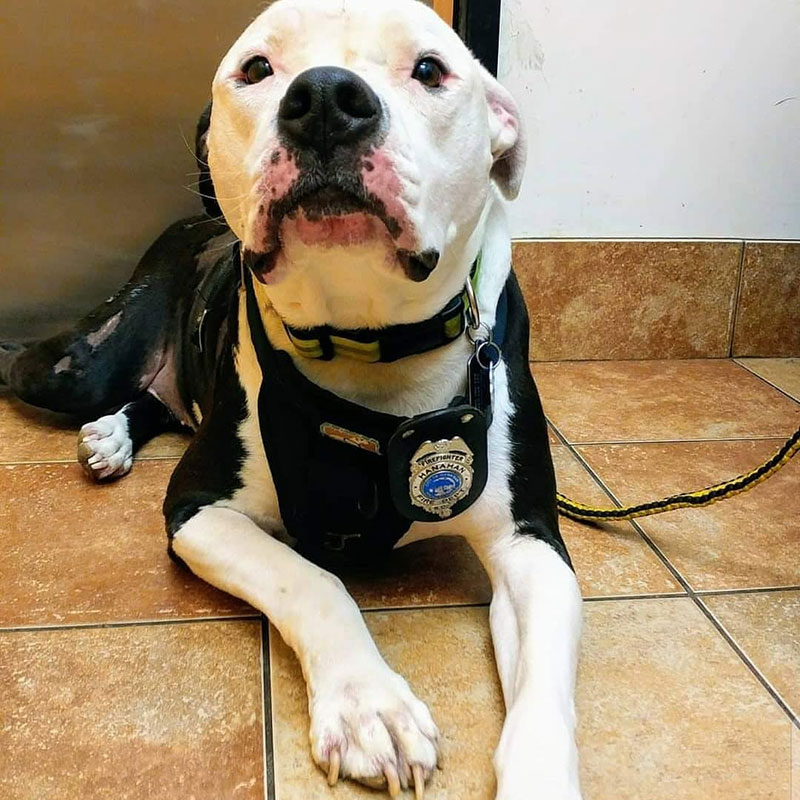