The Monopoly Man Showed Up At Google’s Congressional Hearing Today 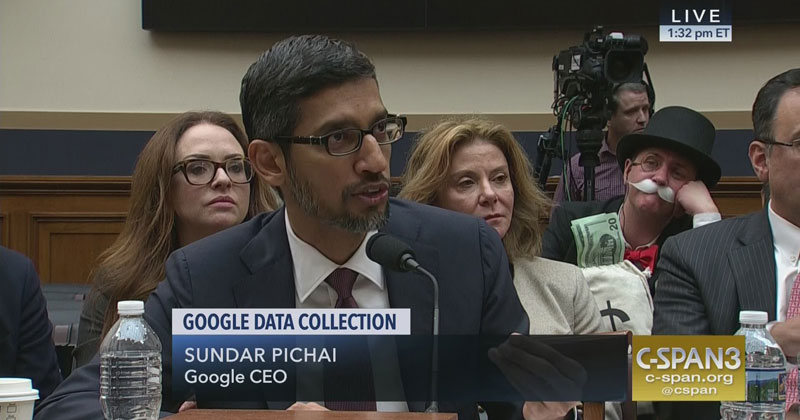 The Monopoly Man aka Rich Uncle Pennybags aka Ian Madrigal in costume videobombed Google CEO Sundar Pichai’s congressional hearing today and the video and freeze frames are kind of hilarious.

Back to Madrigal, he actually took over the ‘Pennybags’ character from Amanda Werner, who is now a strategy director at Revolution Messaging and was often seen in Washington in the backgrounds of various trials and US political events.

Below you can see the full hearing (I’ve fast-forwarded to the first appearance of Monopoly Man), and you can kind of jump around the video to see more of him in the background. I’ve also included a few stills and images shared by Madrigal on Twitter. 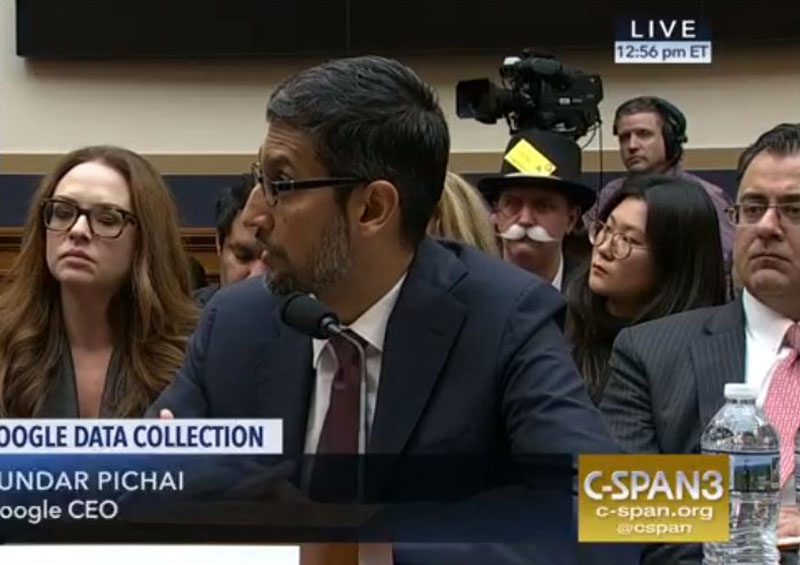 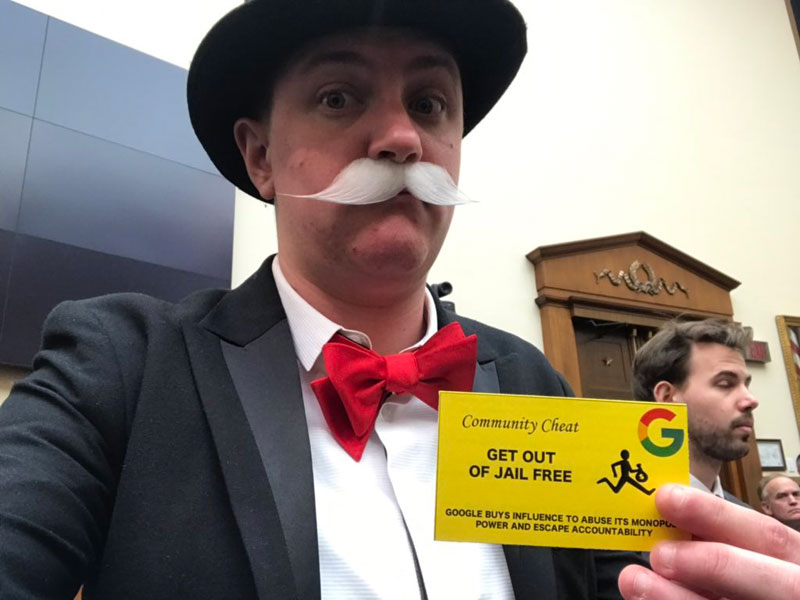 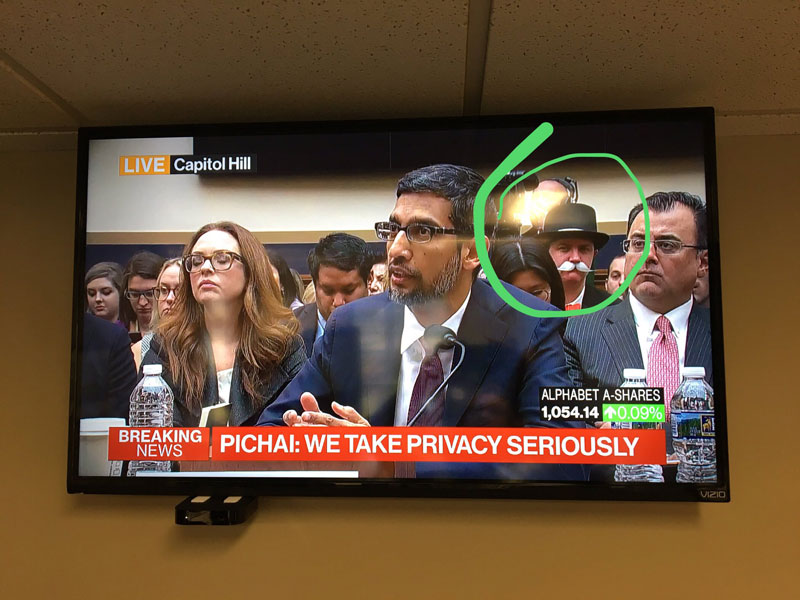