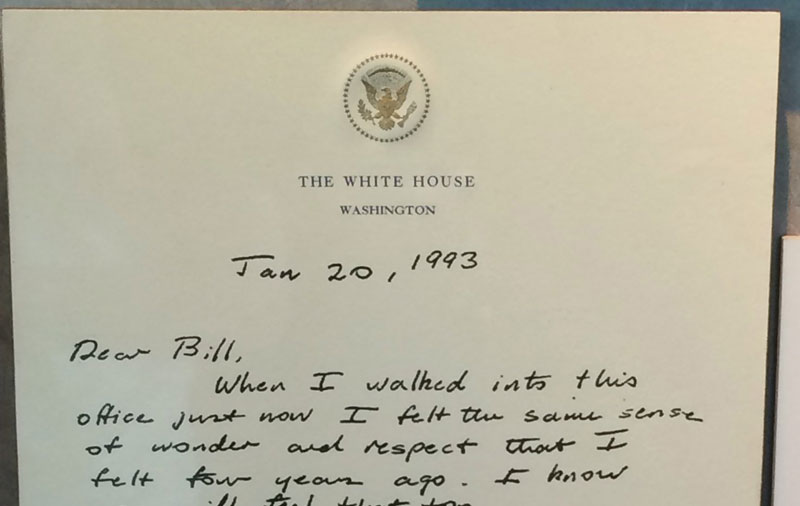 Here’s a pretty cool piece of American history. Before leaving office, George H.W. Bush left the letter below in the Oval Office for incoming President, Bill Clinton. The letter was posted on Twitter by user James Cameron.

According to The Telegraph, when a President steps down from office, it’s tradition to leave behind a note for their successor. Both Bush and Clinton acknowledged the letter below in their autobiographies. 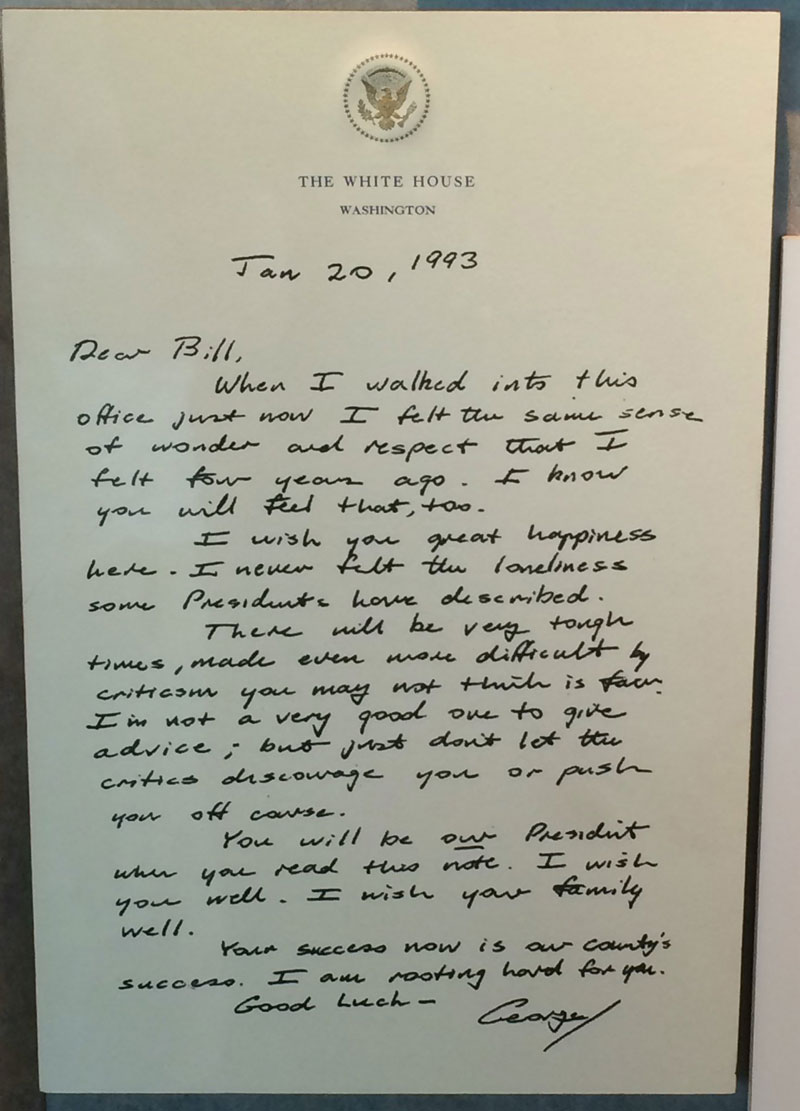 When I walked into this office just now I felt the same sense of wonder and respect that I felt four years ago. I know you will feel that, too.

I wish you great happiness here. I never felt the loneliness some Presidents have described.

There will be very tough times, made even more difficult by criticism you may not think is fair. I’m not a very good one to give advice; but just don’t let the critics discourage you or push you off course.

You will be our President when you read this note. I wish you well. I wish your family well.

Your success now is our country’s success. I am rooting hard for you.

Another fun tidbit courtesy of The Telegraph talks about the letter Reagan left for Bush Sr:

When Ronald Reagan left office he left George HW Bush some stationery bearing the legend: “Don’t let the turkeys get you down.” The accompanying note read:

“You’ll have moments when you want to use this particular stationery. Well, go to it. George, I treasure the memories we share and wish you all the very best. You’ll be in my prayers. God bless you and Barbara. I’ll miss our Thursday lunches. Ron.”