Officer Attends Graduation of Student, Whose Life He Saved When She Was 5 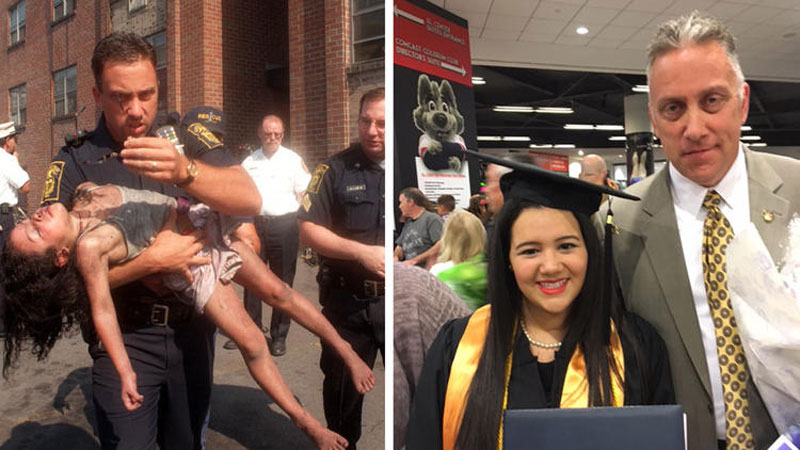 On June 25, 1988, a fire broke loose in an apartment on Washington Street in Hartford, Connecticut. Inside was five year-old Josibelk Aponte and her uncle Jofrey. Peter Getz, a patrolman at the time, was one of the first to respond. In a fascinating story published by the Hartford Courant, Getz says he arrived to a firefighter carrying out a young girl.

The firefighter thrust Aponte into Getz’s arms, rushing back to battle the blaze and look for more survivors. Paramedics had yet to arrive so Getz and his partner decided to rush Aponte to the hospital. It was then that Getz noticed something wrong— Aponte wasn’t breathing.

As his partner raced to the hospital, Getz got in the back seat with Aponte and performed CPR. By the time they arrived, Josibelk was breathing on her own. Getz told the Courant:

“It’s one of those things that touches your heart and stays with you. It’s a situation that we could control, that we could foresee the outcome of. The firemen did their job, I did my job, the hospital staff did their job. As a result, we still have a beautiful young woman still on the face of the Earth.” [source]

via The Hartford Courant