Polite Grandmother Says ‘Please’ and ‘Thank You’ When Using Google 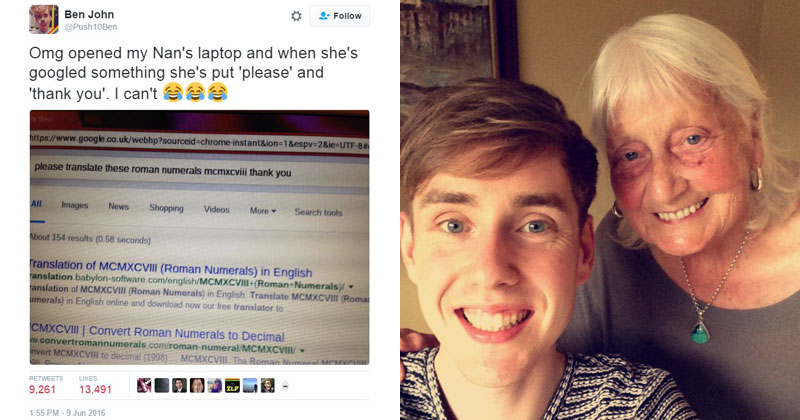 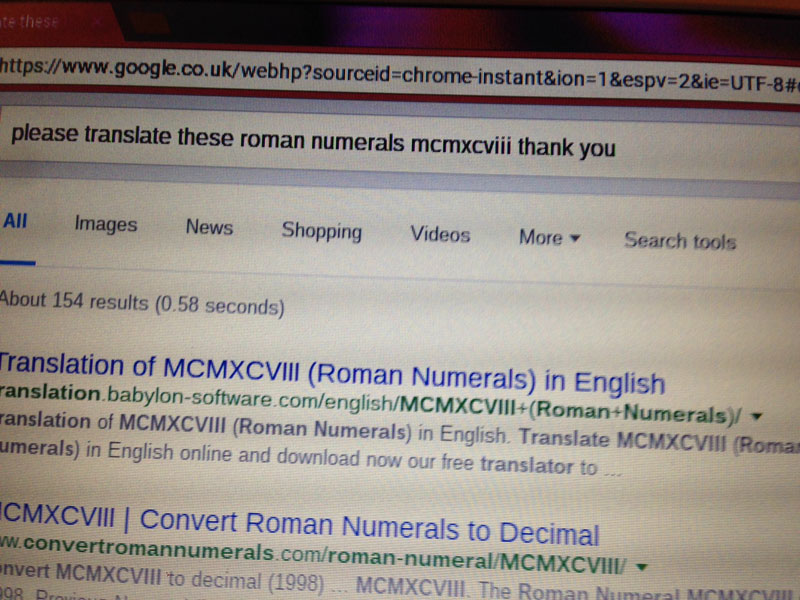 A man’s tweet has gone viral after he posted a screenshot of his grandmother’s computer screen showing that she uses ‘please’ and ‘thank you’ when Googling something.

Omg opened my Nan's laptop and when she's googled something she's put 'please' and 'thank you'. I can't 😂😂😂 pic.twitter.com/hiy2tecBjU

Grandson Ben John from Wigan, England noticed a recent search query on his 86 year-old grandmother’s laptop and shared a photo of the screen on Twitter.

Once Google got word of the story they responded in kind:

Dearest Ben's Nan.
Hope you're well.
In a world of billions of Searches, yours made us smile.
Oh, and it's 1998.
Thank [email protected]

As the story spread online, Ben graced the Internet with a follow-up photo of him and his ‘nan’. Bless you Nan Ashworth! 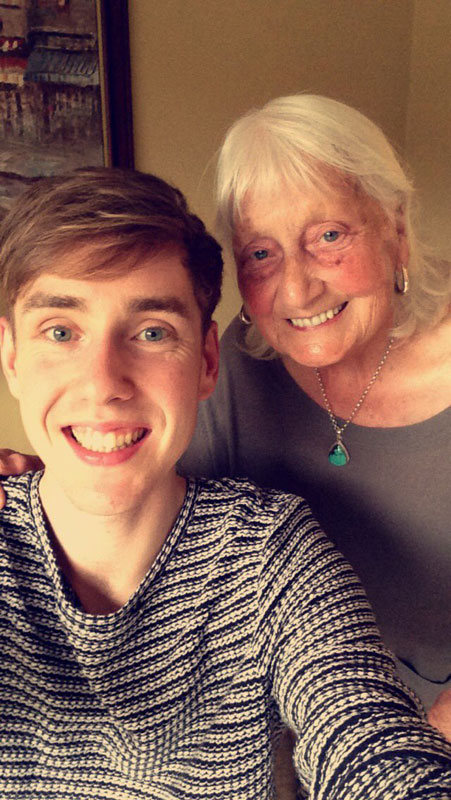 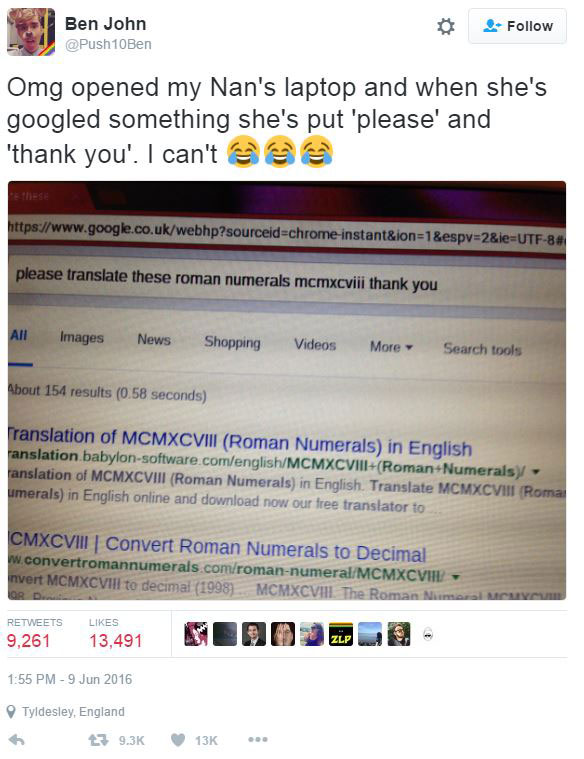