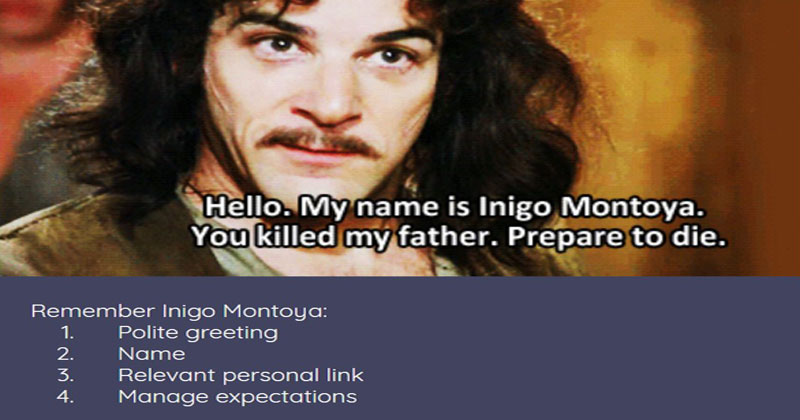 – Friday!
– Come on in | Take a seat
– This week in things I’m stupid for wanting: burrito | whale
– When I try to get my dog to eat healthier
– Maybe the cat will accept this salty, fried ‘veggie’ straw
– I could do that I just don’t want to
– At least give me the option between the two
– Stephanie went there
– $10 says their password is 123456789
– This seems legal
– You ever have small victories like this that sound stupid if you tried to describe them?
– What an exit though
– There was a meme day at high school and this teacher killed it
– Speaking of memes, these four met up in real life
– Never realized how effective Inigo Montoya was at communicating
– Furthermore, tense matters
– Here’s a timelapse of a kidney bean
– These two friends played on opposing teams
– This kid is going to be just fine
– Until next week

– What Kids Need to Learn to Succeed in 2050
– A giant crawling brain: the jaw-dropping world of termites
– Some Fun (and Useful) Things You Can Do With an Amazon Echo or Google Home
– Facebook Is Testing Its Dating Service. Here’s How It’s Different From Tinder
– How Puerto Rico Became the Newest Tax Haven for the Super Rich
– A look inside Ticketmaster’s price-hiking bag of tricks
– A 558-Million-Year-Old Mystery Has Been Solved
– Why So Many Smart People Aren’t Happy
– Life in the Spanish city that banned cars
– Henry – Rob Delaney

HERE’S TO SMALL WINS THIS WEEKEND