These Floating Pots Let Your House Plants Levitate and Spin 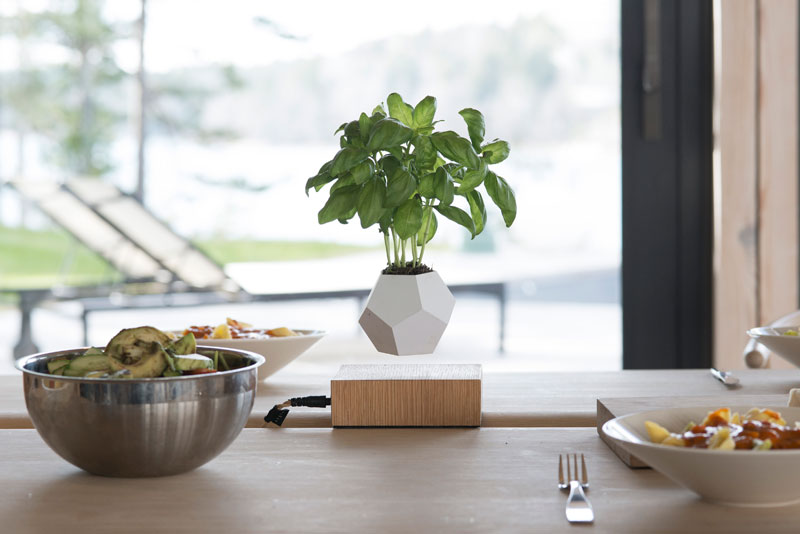 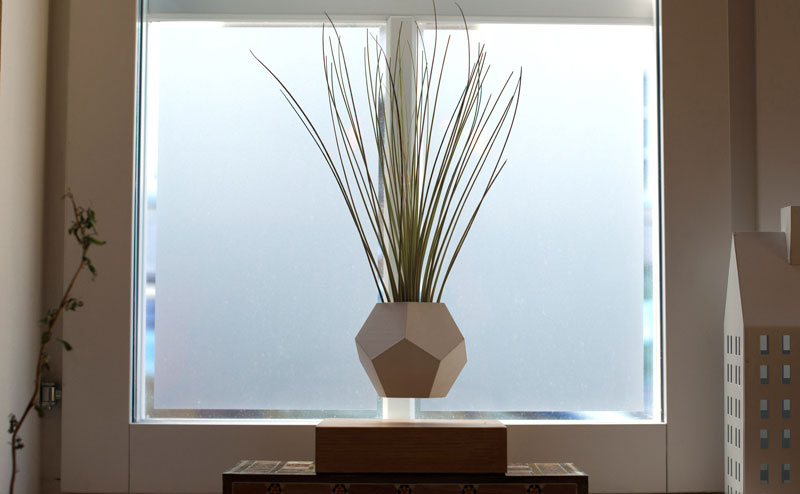 Lyfe is a “zero-gravity growing system allowing you to cultivate your favorite plants in mid-air.”

The Kickstarter project was launched earlier this month and surpassed their funding goal of US$80,000 in 48 hours. They have currently raised over US$140,000.

LYFE consists of a planter that hovers over an oak base via magnetic levitation. Designed to gently rotate during suspension, LYFE nourishes plants with 360 degrees of sunlight exposure, 365 days a year.

The 12-sided geodesic planters were created by a Sweidsh-based design firm based in Stockholm. The team previously worked on another floating product—a levitating desk light called Flyte. 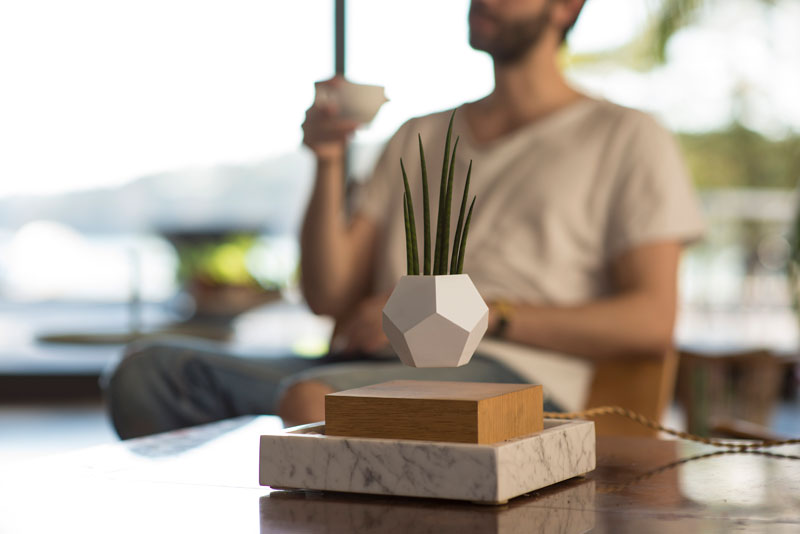 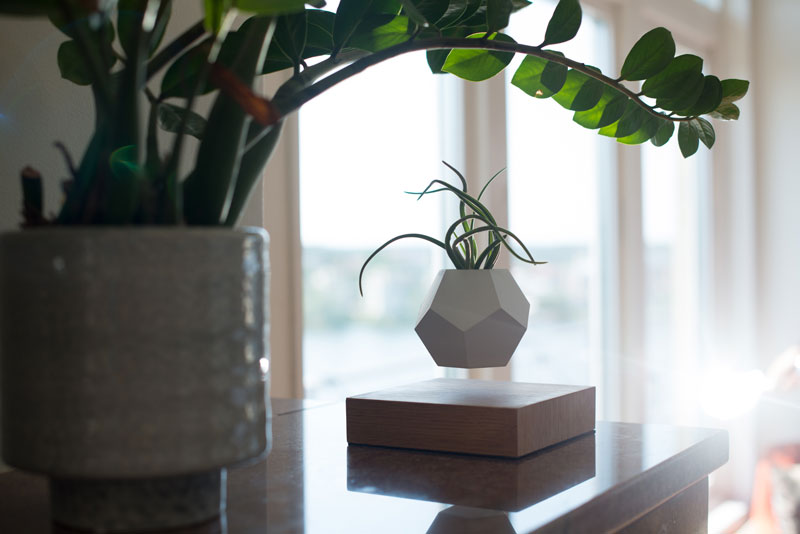 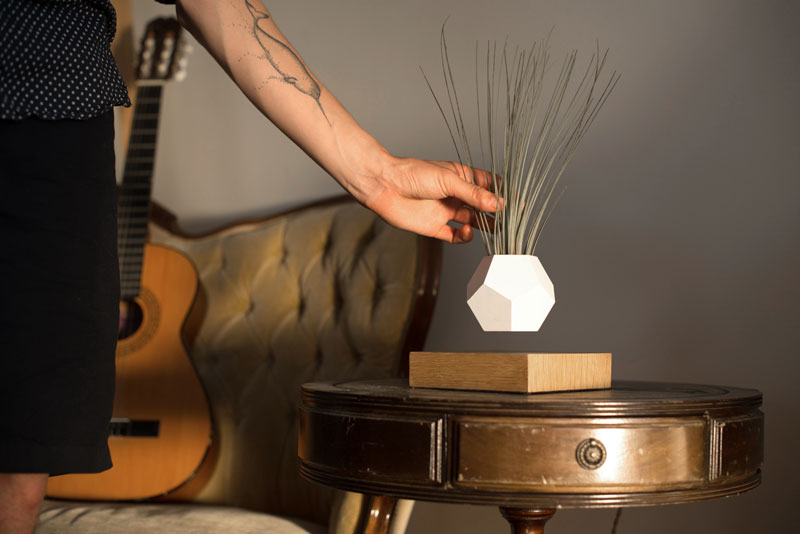 – The 12-sided geodesic planter is molded from silicon, making it grippy and tactile. As it rotates in mid-air, different shades appear
– To mitigate against over-watering, a drainage system allows water to escape to a hidden, inner reservoir
– A custom shaped magnet pushes up against an electromagnetic base, allowing the planter to levitate in mid-air 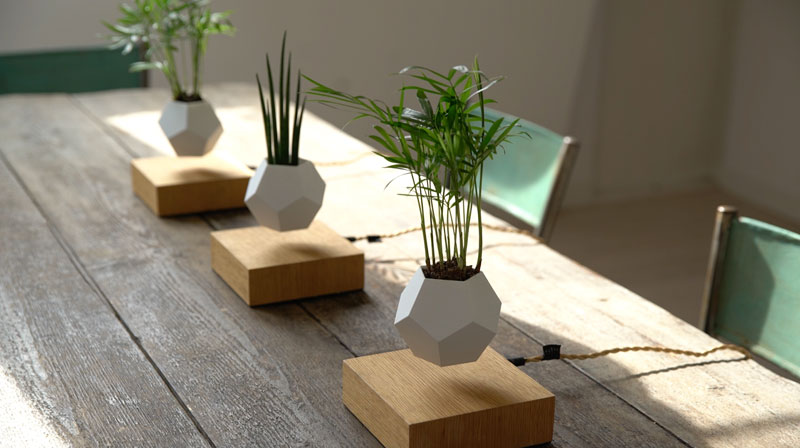 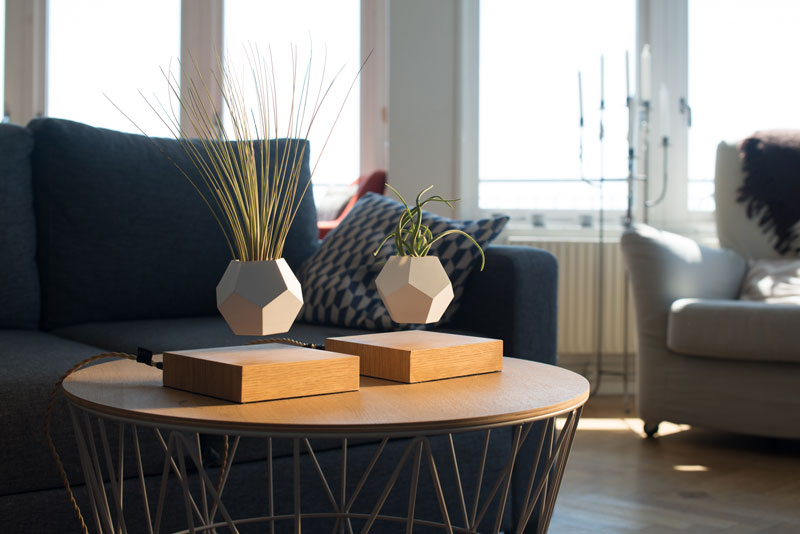 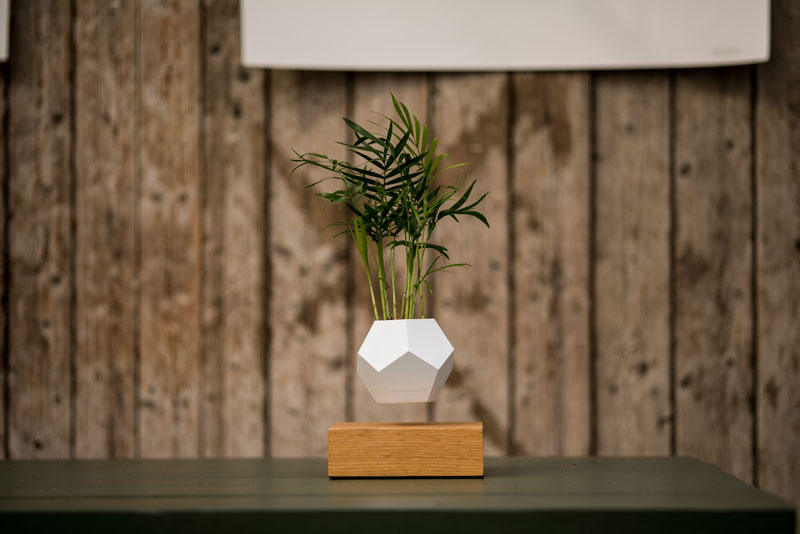 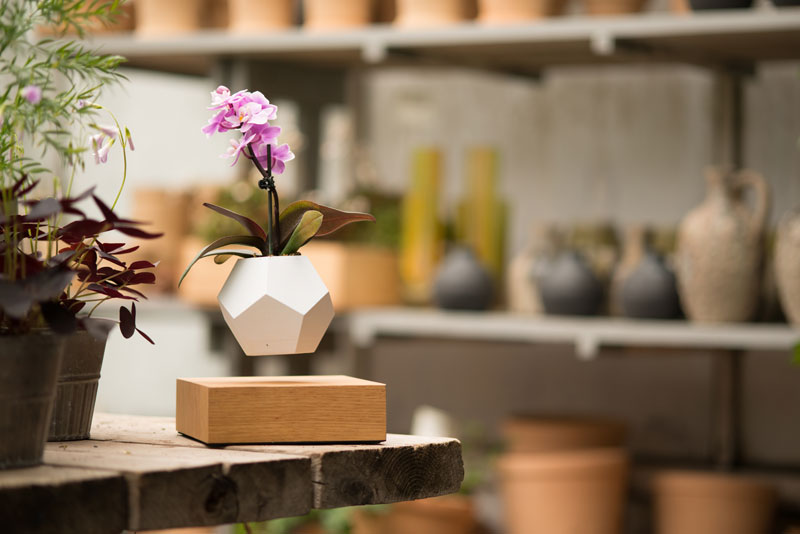 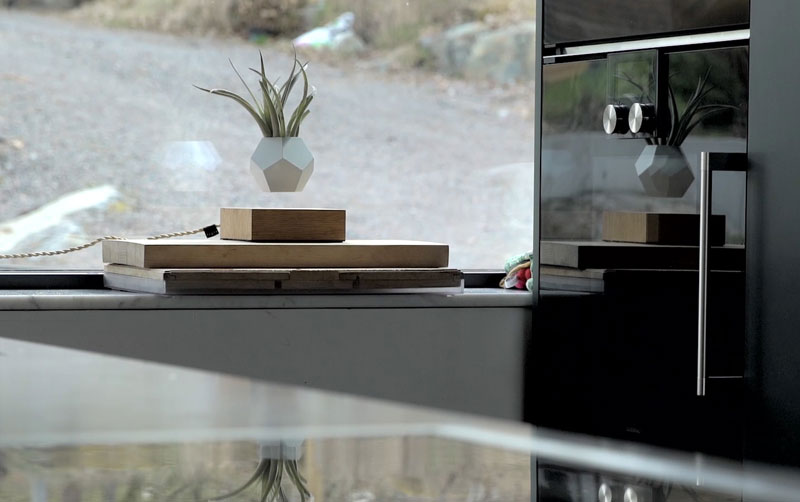 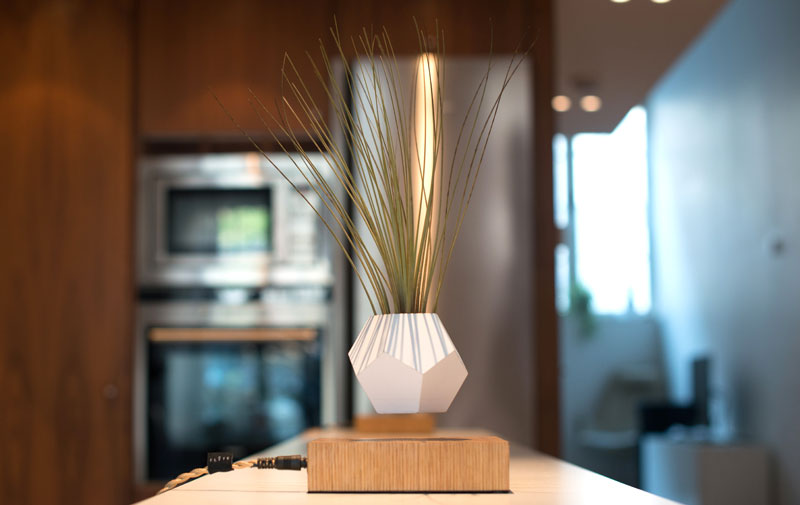