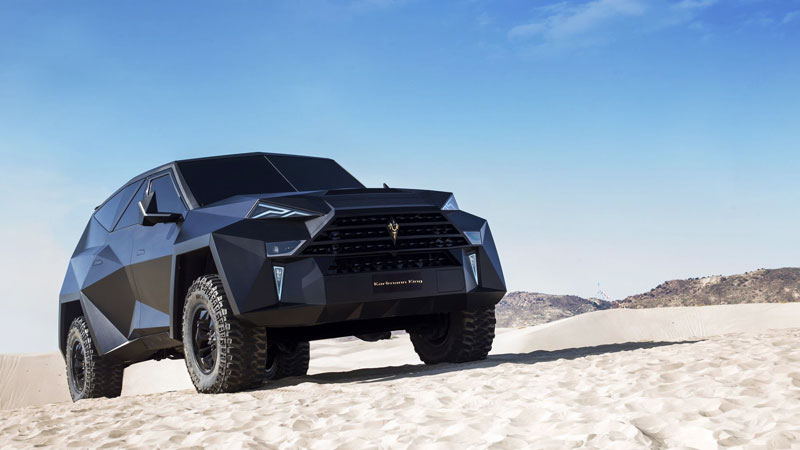 Unveiled at the Dubai International Motor Show last November, the extremely limited (12 to be exact) Karlmann King boasts the title of ‘World’s Most Expensive SUV’.

Drawing inspiration from Lockheed’s Stealth F-117 Nighthawk aircraft, the Karlmann King is designed by Chinese firm IAT Automobile Technology and built by a team of 1,800 people in Europe.

The six-meter-long SUV is based on the Ford F-550 platform and weighs a plump 4,500 kg — if you want the car to be bulletproof, the weight goes up to 6,000 kg. Unfortunately, this means that the top speed is limited to just 87 mph. The exterior is built of carbon-fiber and steel, and under the hood is a massive 6.8-litre V10 engine that churns out approximately 400 BHP.

The interior’s upholstery is offered in a bunch of different colorways and is complete with a night sky design on the ceiling that illuminates with LED lighting. Features include Hi-Fi sound, ultra HD 4K television set, private safe box and phone projection system. There’s also the option to add on satellite TV and phone, as well as a built-in fridge, coffee machine, electric table and independent AC unit at the front and rear. All of these features can be controlled via a smartphone app.

Below you will find specs, photos and videos of this over-the-top vehicle. The unfathomable price tag of ~2.2 million USD will be sure to raise eyebrows. Ironically based on a ‘stealth design’, driving this SUV will surely achieve the complete opposite. 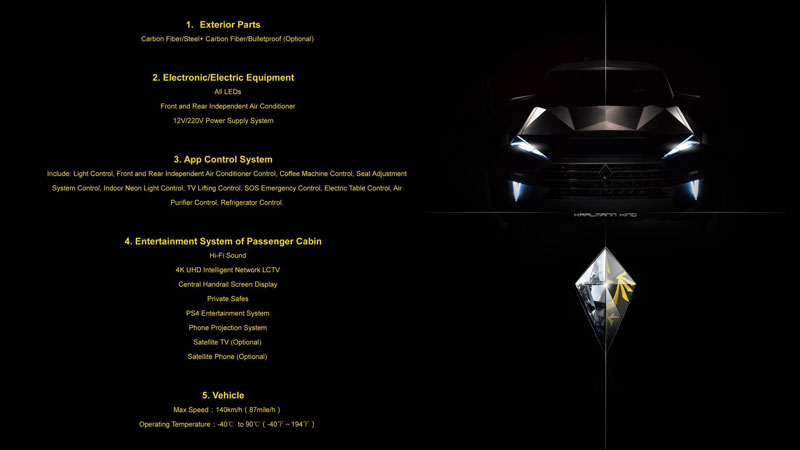 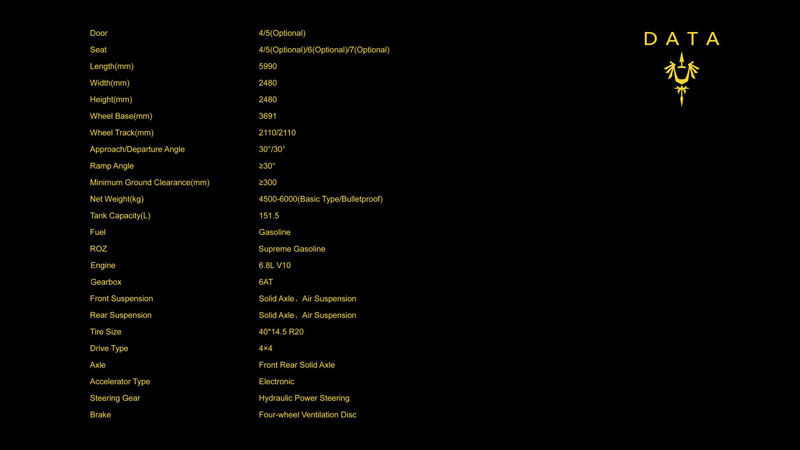 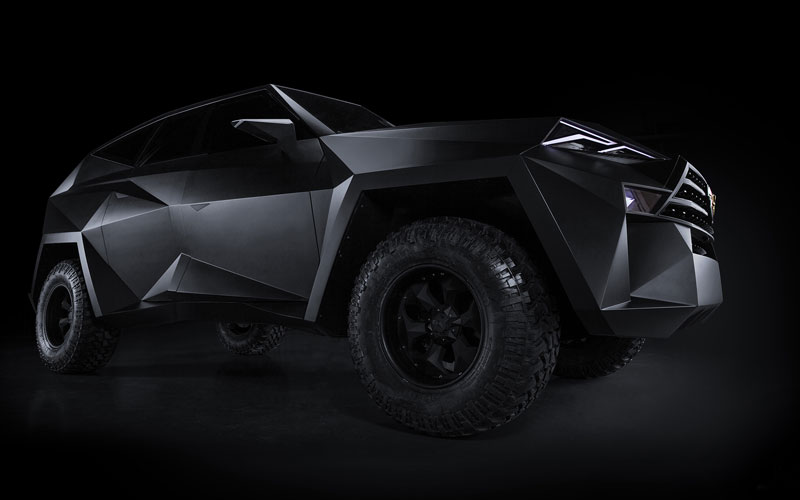 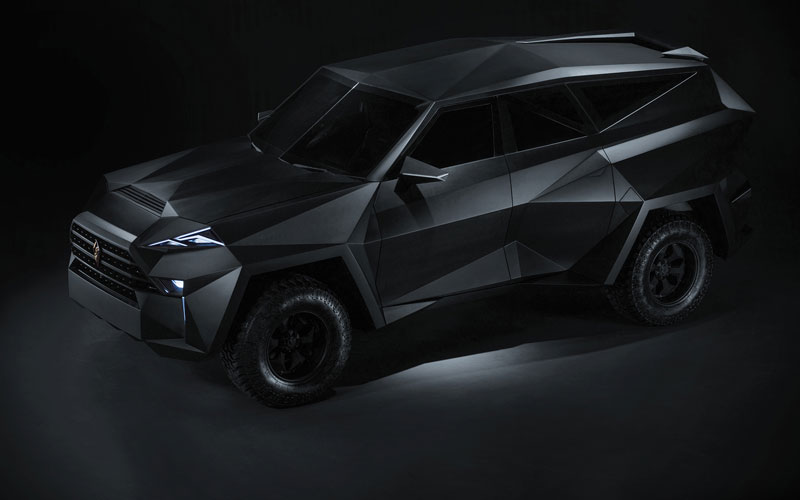 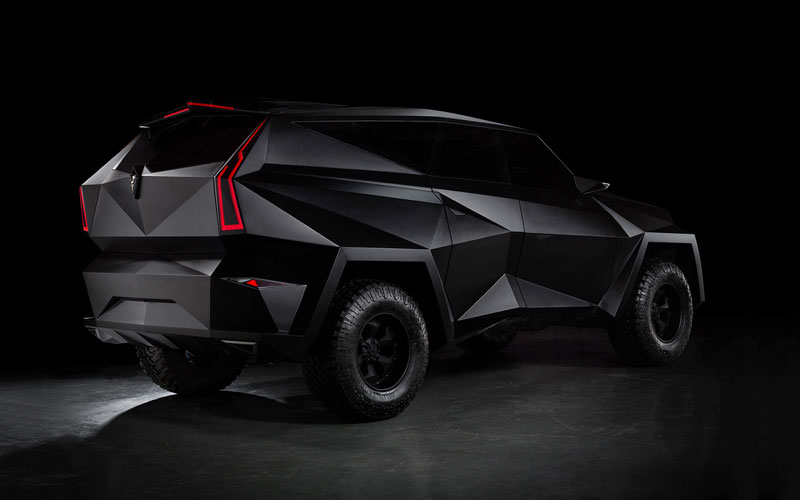 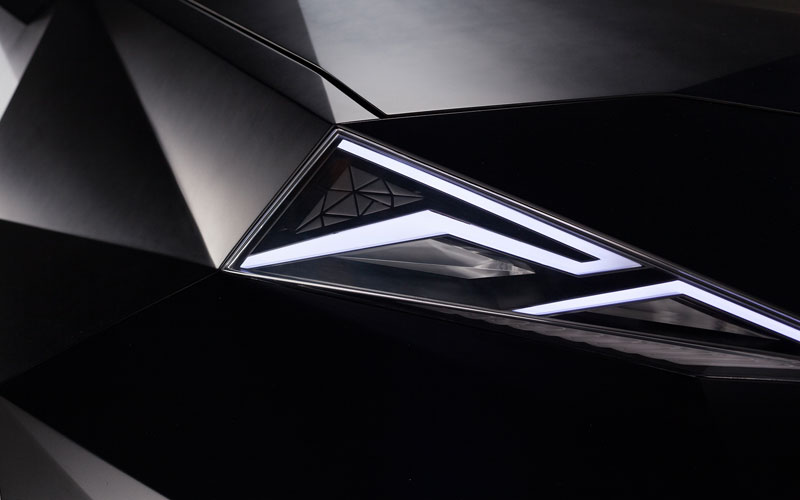 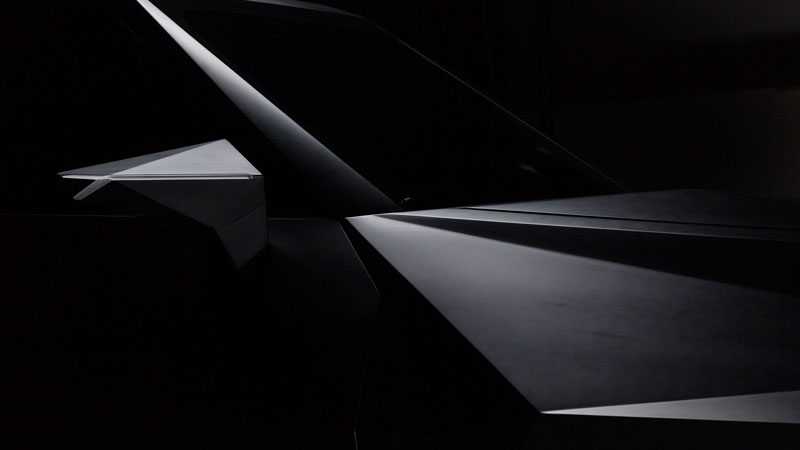 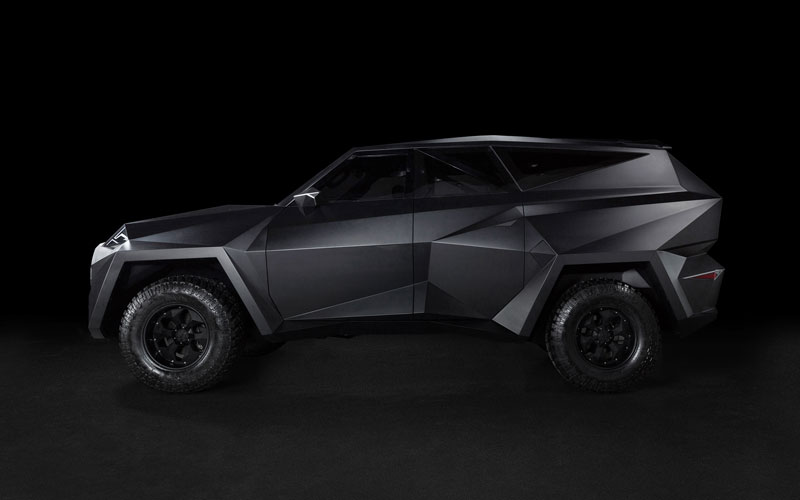 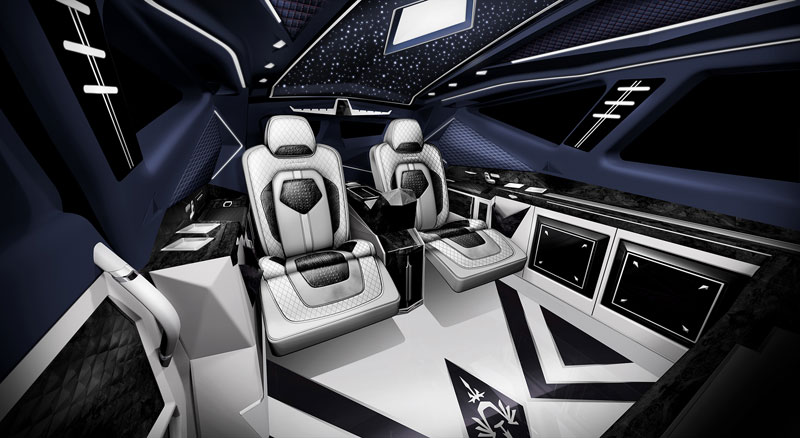 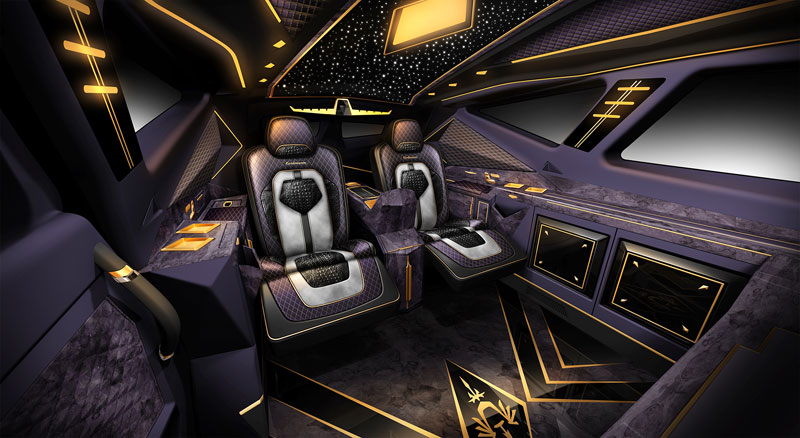 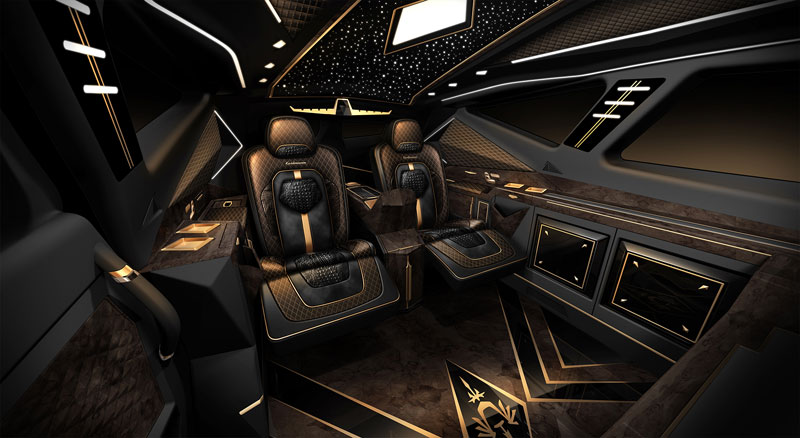 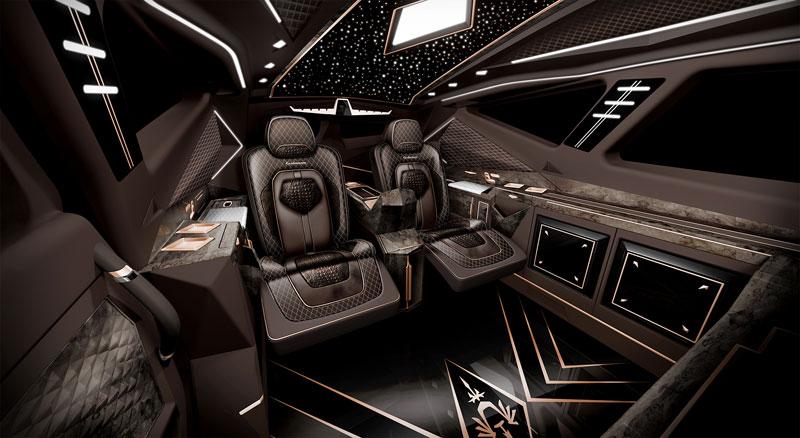 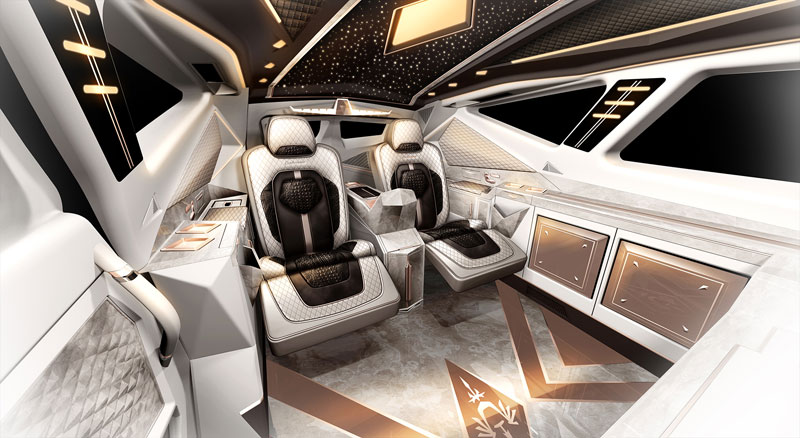 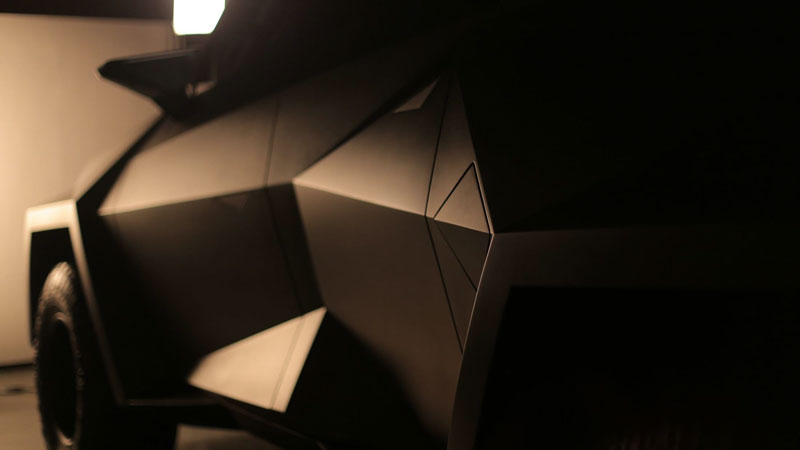 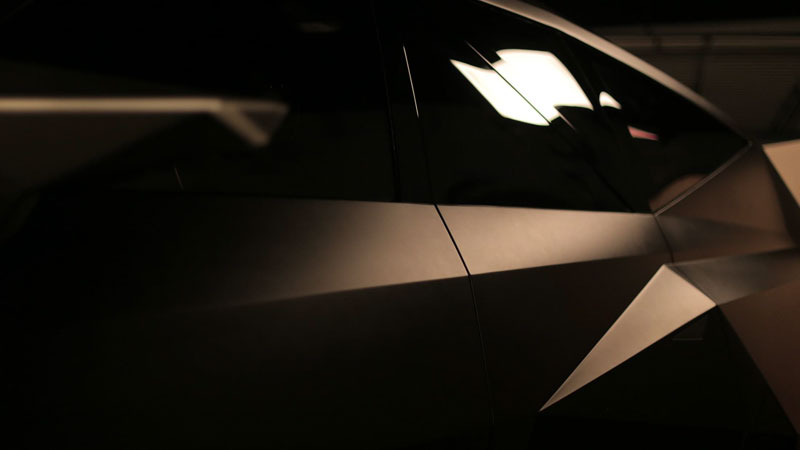 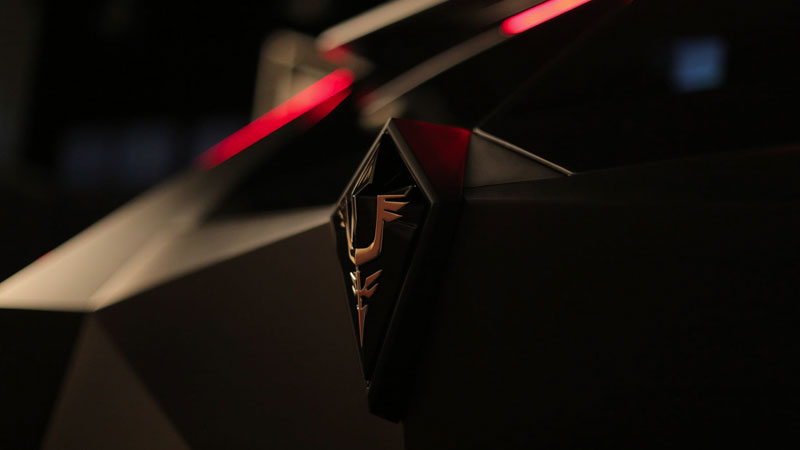 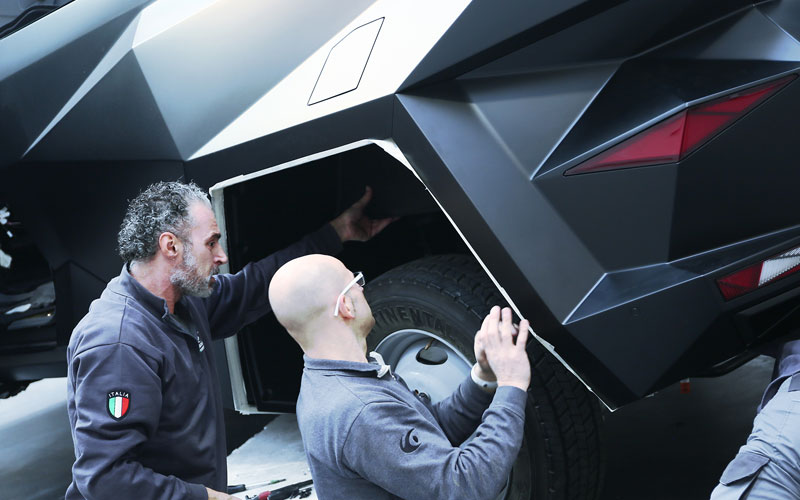 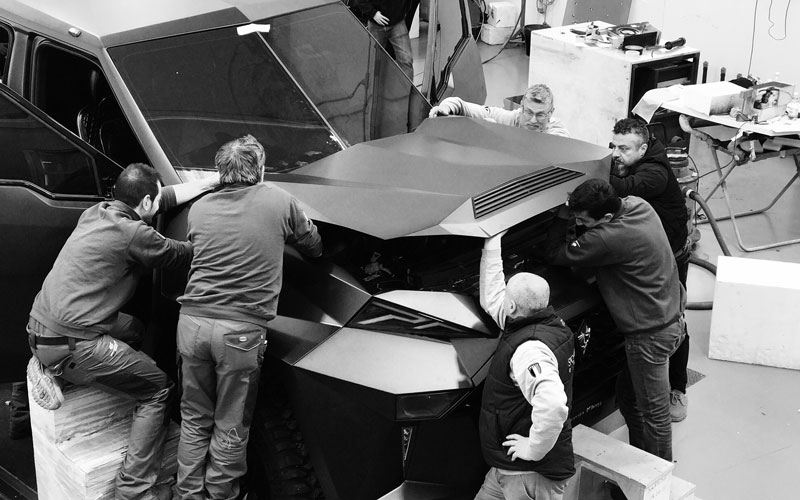 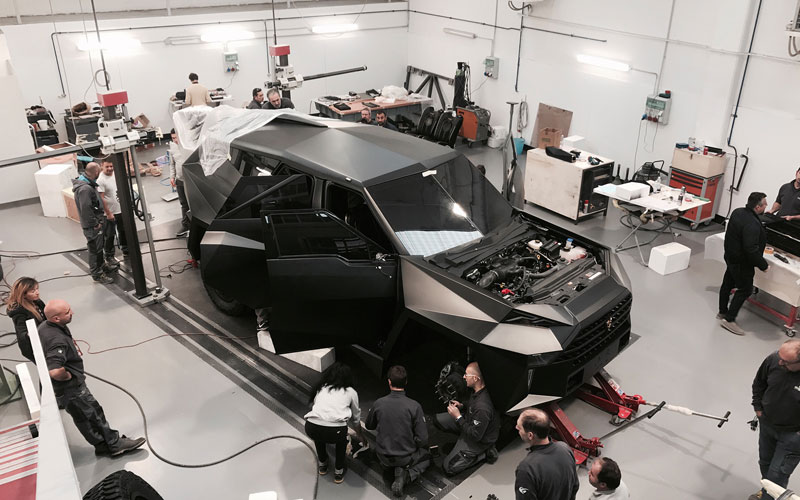 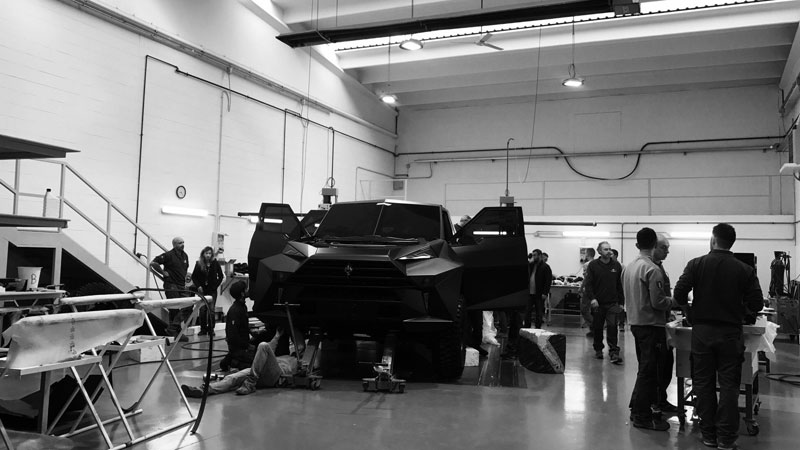 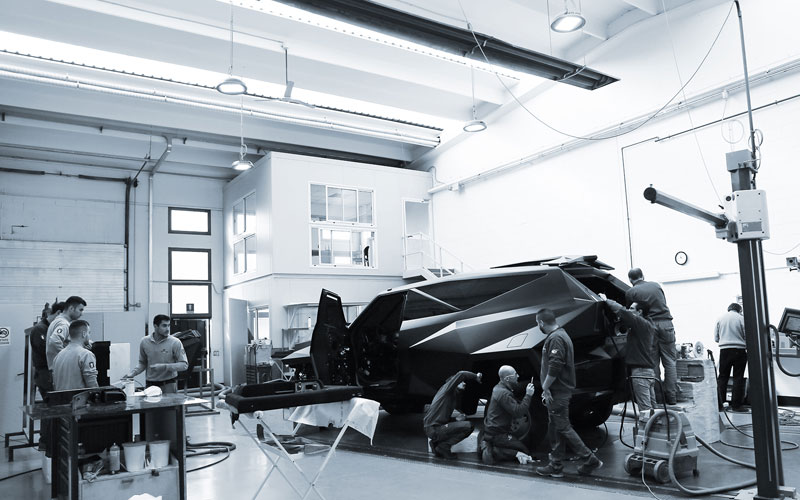 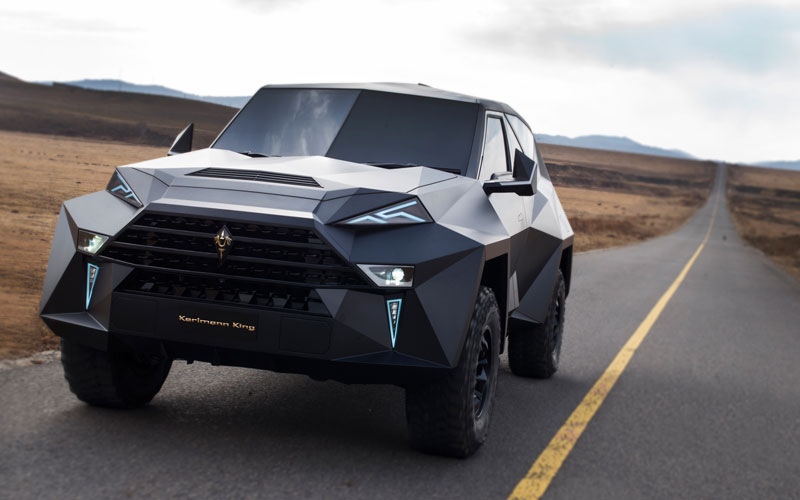