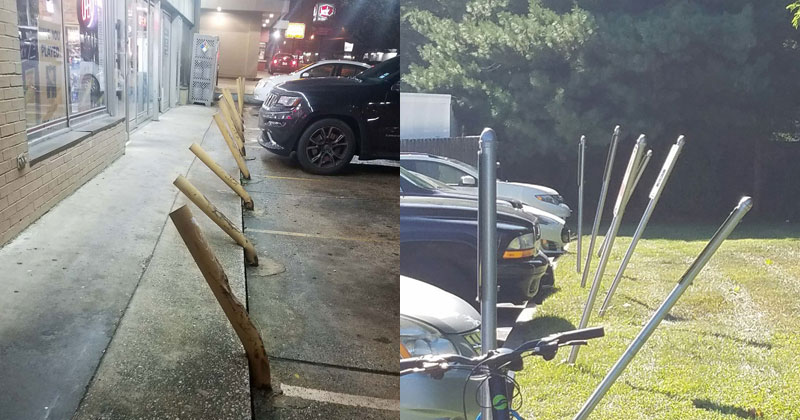 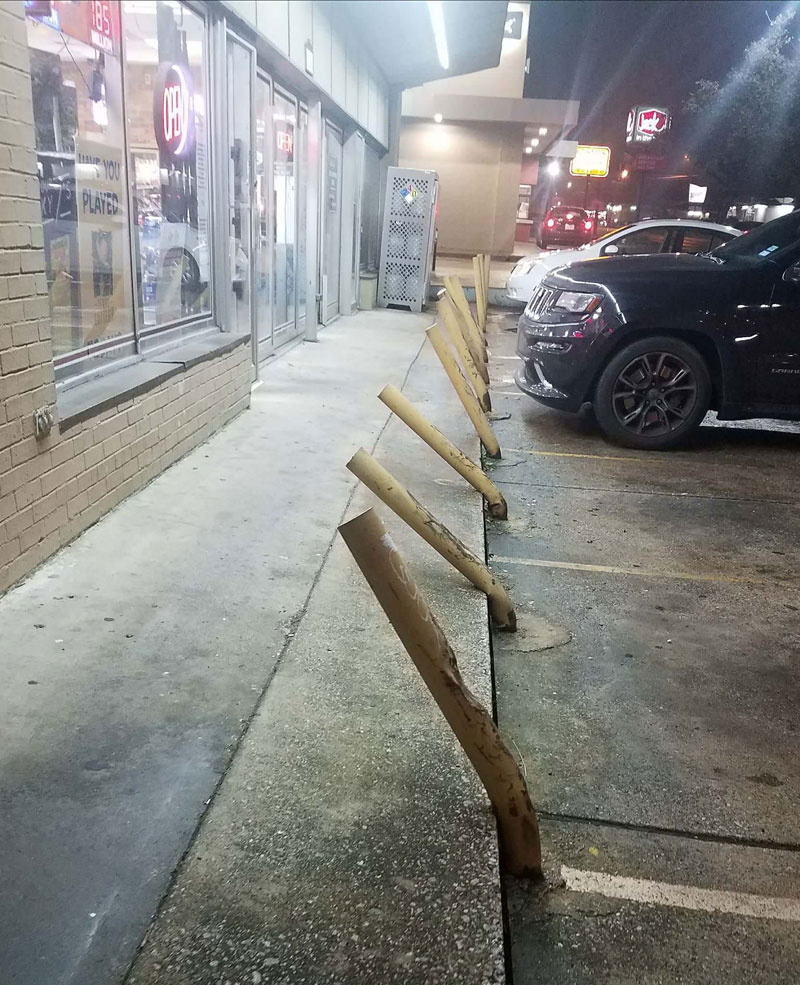 Let’s start with “Dan’s Food Store – Specialty Beer and Wine” in Dallas, Texas. Technically it’s not a liquor store since they only sell beer and wine and not hard liquor, but a quick look inside and it certainly checks a lot of boxes.. 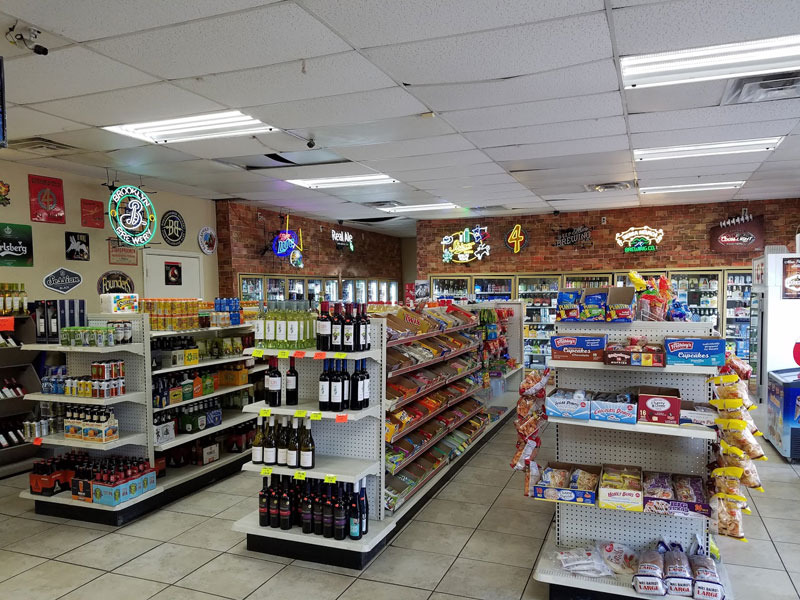 Inside Dan’s in Dallas, Texas

Either way, people still had the foresight to try their best to avoid the propane tanks at the far right of the store!

Next up we have the poor parking signs in front of a Laser Eye Surgery Center in Brentwood, New York. They never stood a chance. 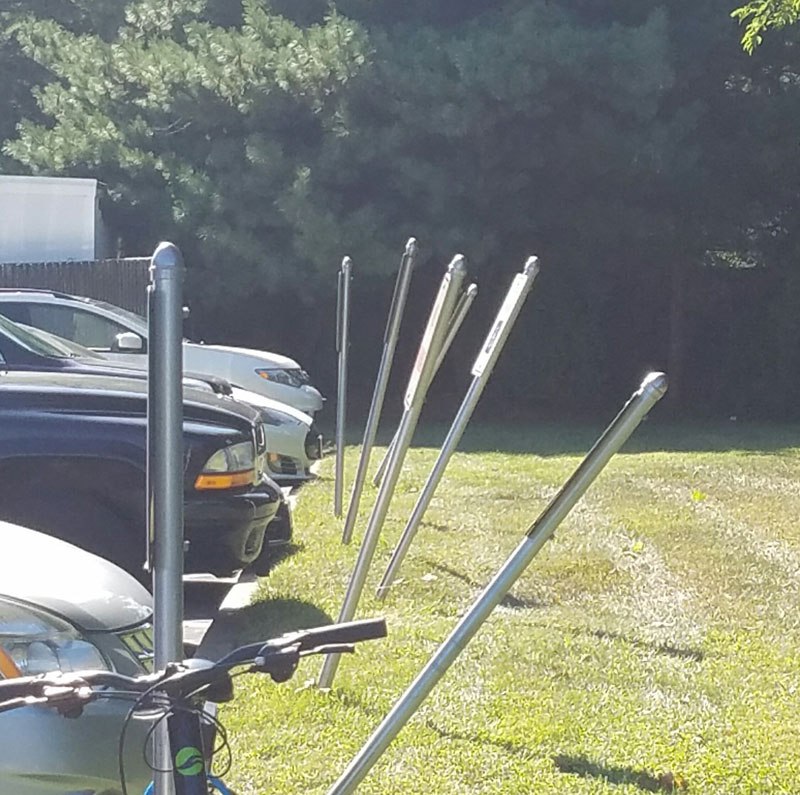