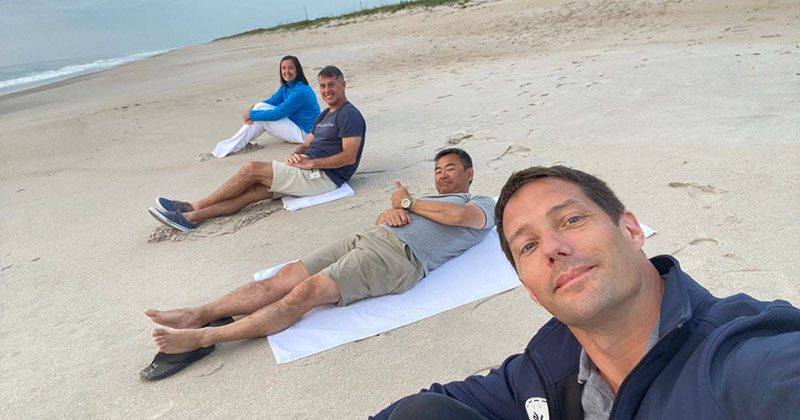 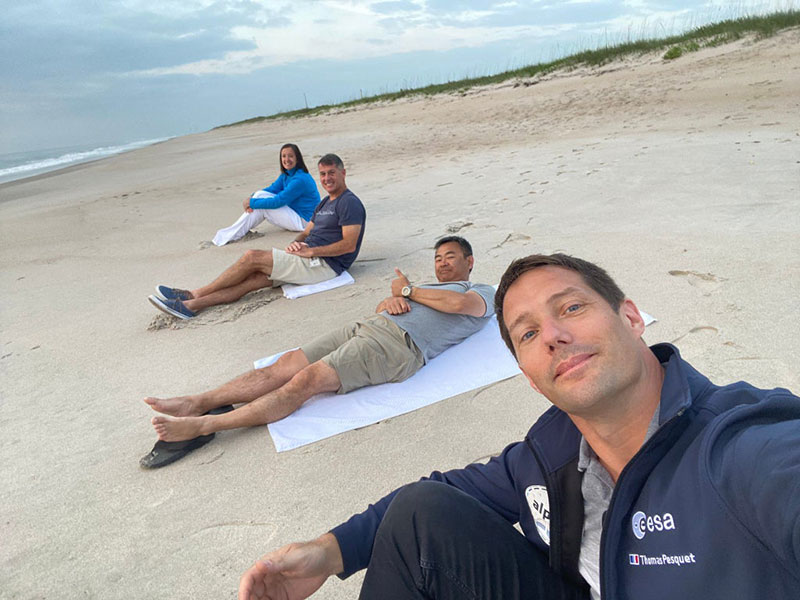 What would you do on your last day on Earth for 6 months? Going to the beach and listening to the waves with your crew has got to be up there! The four-astronaut team arrived at the International Space Station on April 24th aboard the SpaceX Crew Dragon capsule ‘Endeavour’, becoming the first crew ever to be propelled into orbit by a rocket booster recycled from a previous spaceflight.

The Endeavour capsule, also making its second flight, was launched into space on Friday atop a SpaceX Falcon 9 rocket from NASA’s Kennedy Space Center in Florida.