This Herd of Elephants Taking a Group Siesta is So Precious 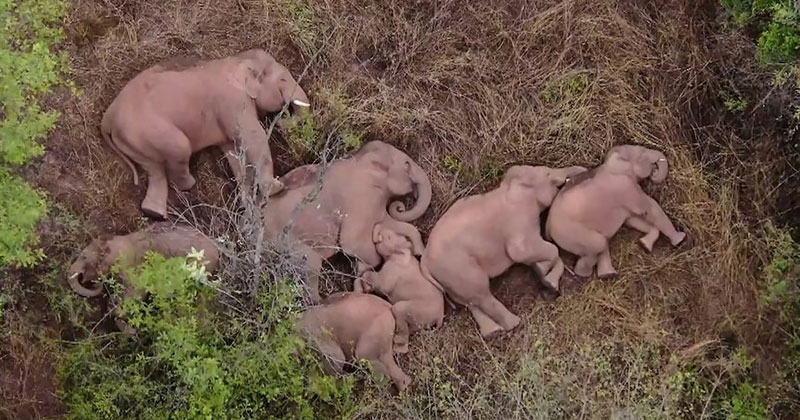 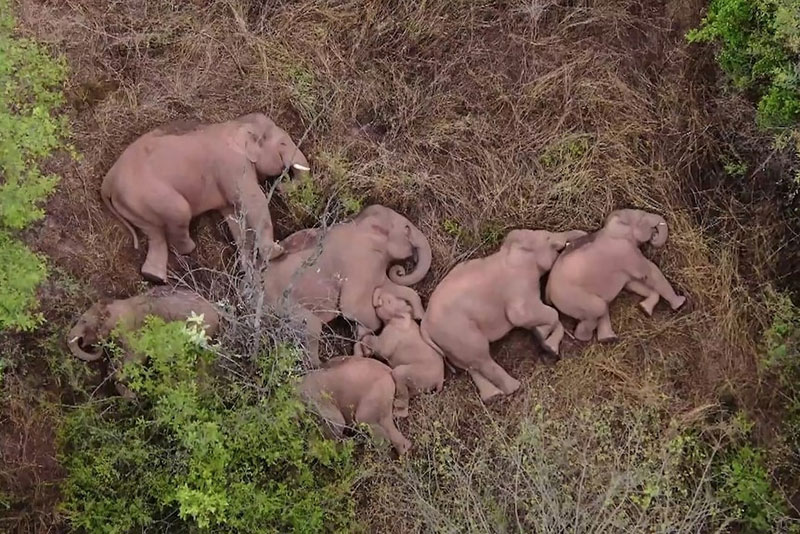 A roaming herd of 15 wild elephants has captivated the globe as their 500+ km trek has become a source of fascination. The herd began its journey northwards more than a year ago, travelling from a designated elephant protection zone in Xishuangbanna, near China’s border with Myanmar.

They have been slowly heading north ever since, roaming through fields, villages, and even cities. It is unclear exactly when or why they left home to begin the epic journey, but authorities have been closely monitoring their movements.

The herd consists of 15 of only 300 known wild Asian elephants in China, and are an endangered species. According to the BBC, “the animals have been eating millions of dollars worth of crops, damaging buildings and poking their trunks through doors and windows. The herd also visited the city of Kunming, where millions of people live.” 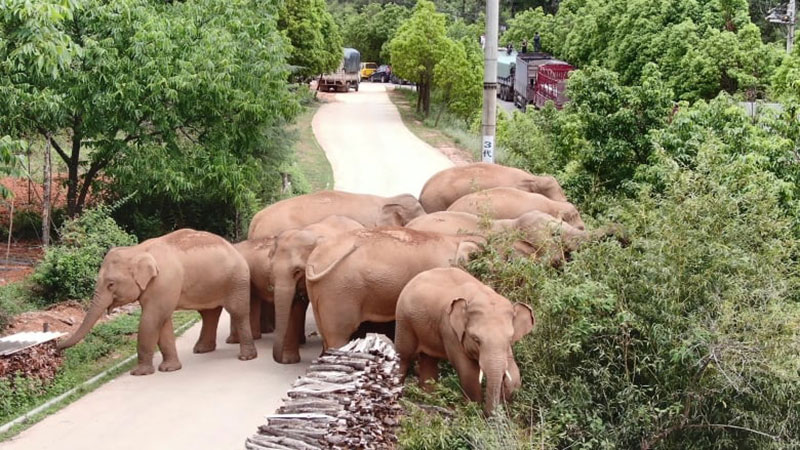 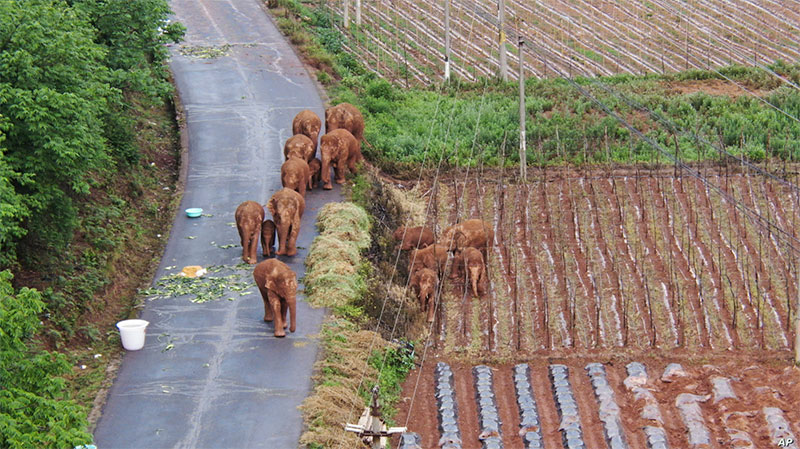 The herd was originally formed of 16 animals, but the government says two returned home and a baby was born during the walk. The herd is now composed of six female and three male adults, three juveniles and three calves.

Authorities are monitoring their movements around the clock using security cameras and drones, with more than 400 emergency response personnel deployed to track the herd amid fears they could trample into a village. [source] 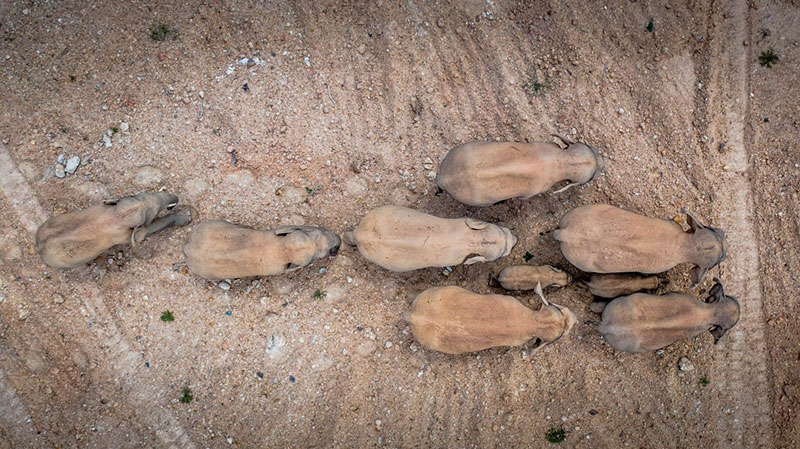 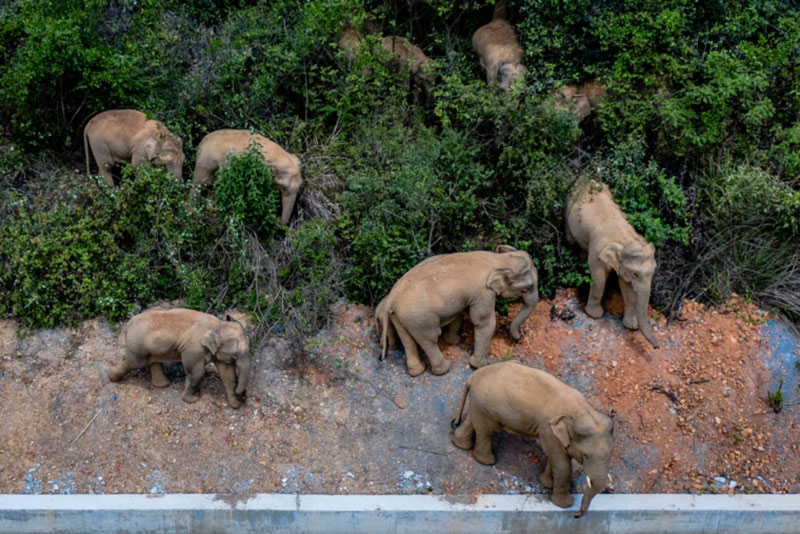 Experts warn that this rare journey could indicate the inevitable and damaging consequences of human encroachment on the elephants’ natural habitat. Others speculate that the herd may just be on the search for new habitat as the elephant population has grown from 180 to 300 in the last 30-40 years. 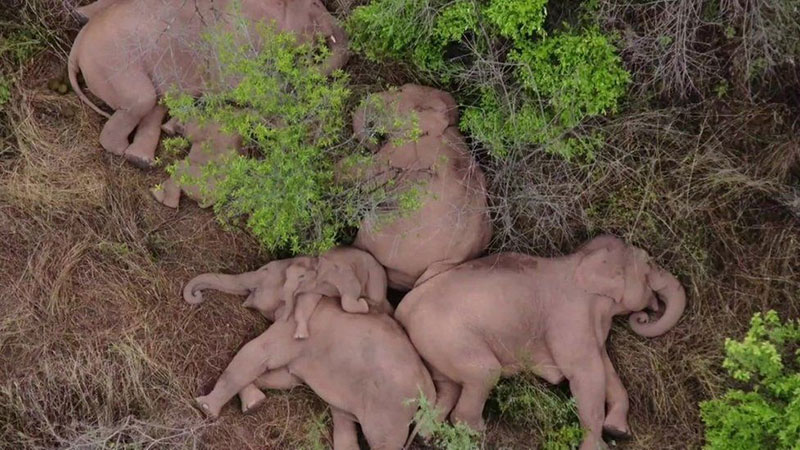 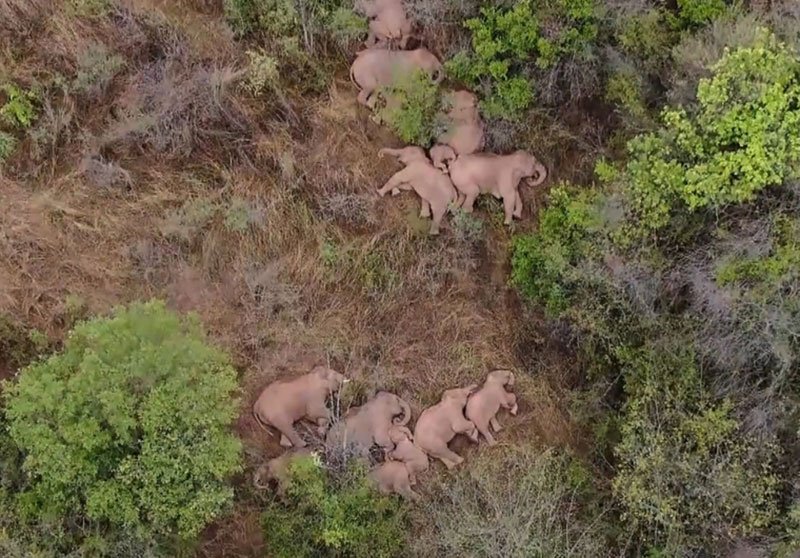