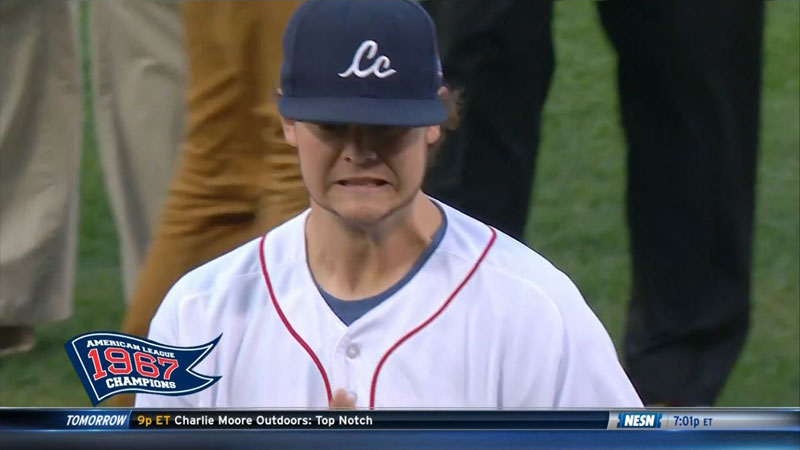 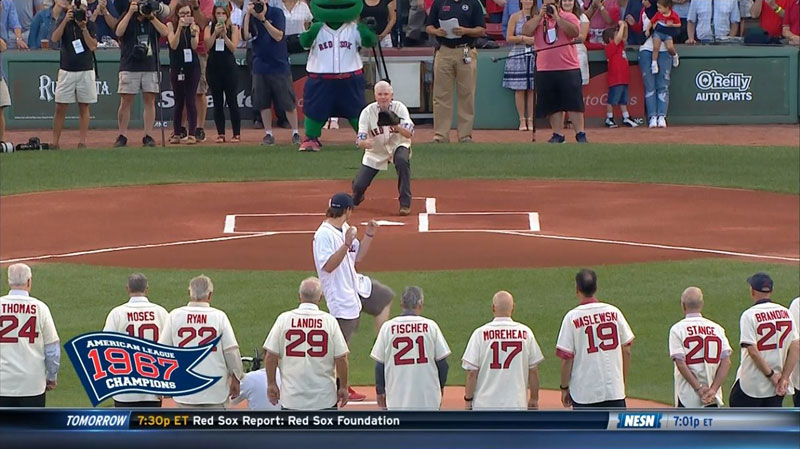 “Fire it in there” the announcer proclaimed. Who knew how ominous those words would be for photographer Tony Capobianco, who was behind home plate to capture the event. 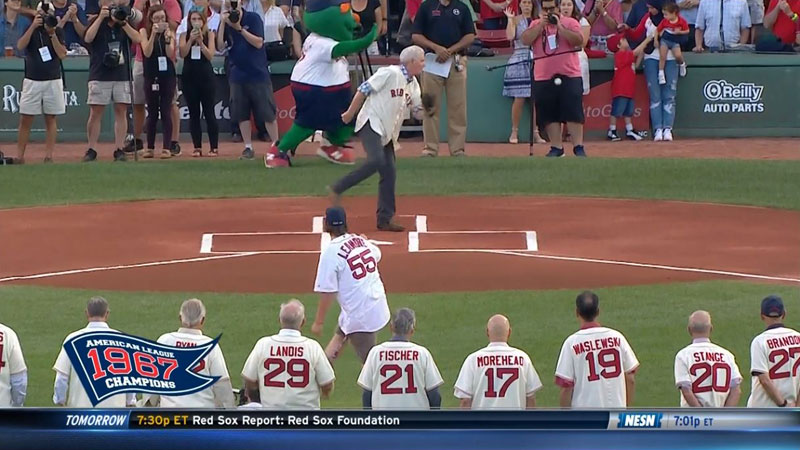 Cue the organ. Seriously, could that note have been better timed? You couldn’t script a better scene if you tried. Cameraman you know what to do!

Also on hand for the ceremonial first pitch were members from the 1967 Red Sox team. Check out their reaction..

MUST WATCH! HILARIOUS!
Here's a great look at the 1967 #RedSox players reaction after Jordan Leandre hit @TonyCapobianco in groin.#wbz pic.twitter.com/oPmbHZ7jtU

This however, wasn’t any teenager, this was Jordan Leandre, a high school pitcher whose own story is truly remarkable. Now a teen, he is famous at Fenway Park and has been a common fixture at Boston Red Sox games for years. According to the Washington Post:

Leandre first appeared at Fenway in 2004, as a 4-year-old who was doing his best to cope with Ewing’s sarcoma, a cancer in his right thigh that was threatening amputation. He sang the national anthem that day, then became something of a regular, and in 2007, he created an emotional moment by showing a roaring Boston crowd that he had recovered enough to circle the bases. [source]

All told, Jordan’s throw may go down as the greatest ceremonial pitch ever. And luckily, no harm was done and everyone from Jordan to the photographer is taking it in stride ?

Had to get him off the plate somehow ??‍♂️ 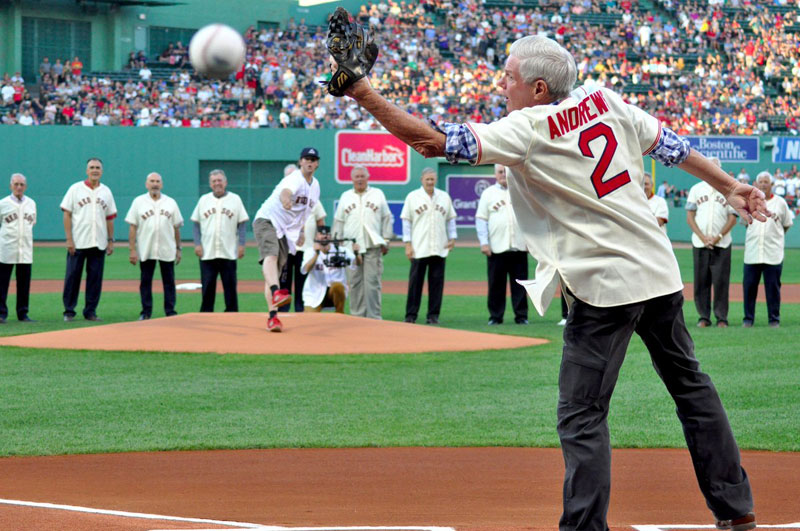