The Eye of the Rainbow 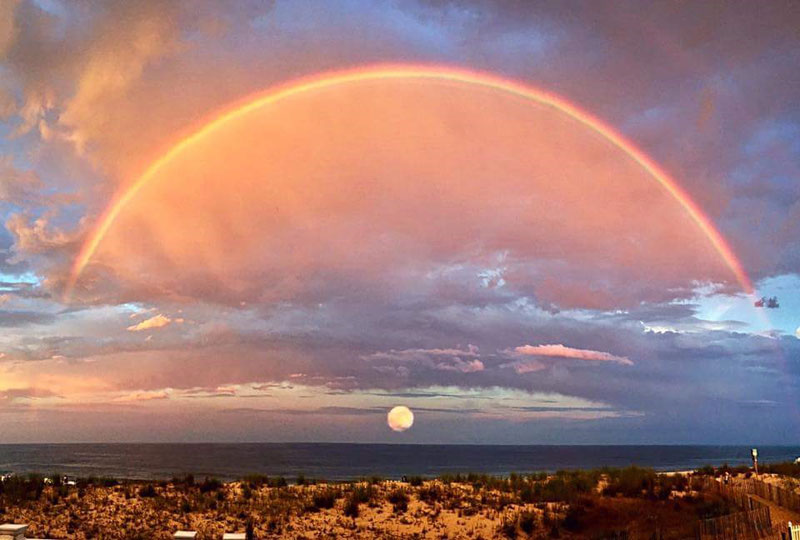 In this perfectly timed photo we see a huge rainbow encapsulating a low hanging moon in the skies of Ocean City, Maryland. The photo was posted to reddit last month by user nimo4749 who said his friend took the once in a lifetime snap.

There’s been plenty of debate in the comments as to whether this image is photoshopped. Someone used math to try to prove the image was fake, while another ran it through a photoforensics site and it came up clean. Many people think it appears as if some clouds are somehow behind the moon which is an impossibility. What do you think?