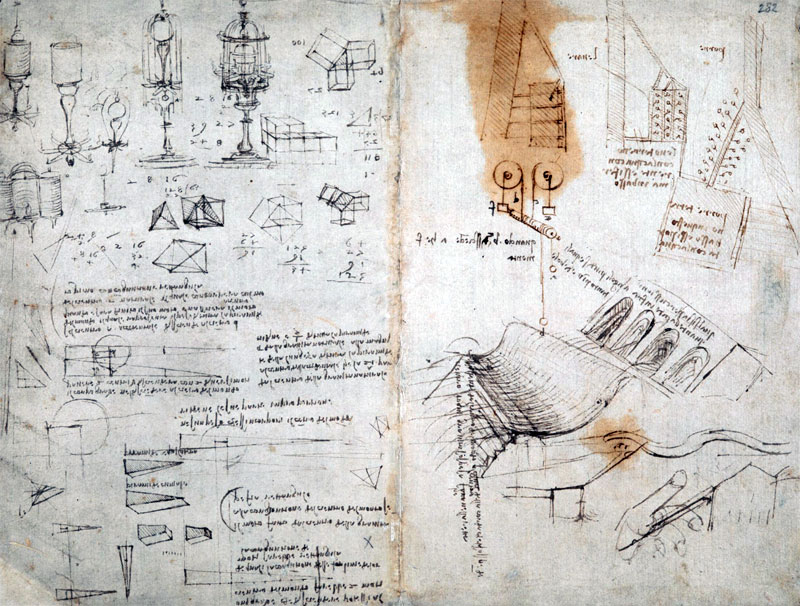 The British Library has fully digitized one of Leonardo da Vinci’s visionary notebooks, ‘The Codex Arundel’, and anyone is free to view and browse the prized historical artifact in amazing high-resolution detail.

The British Library has uploaded 570 high-res images of the notebook, which features a collection of papers written in Italian by Leonardo da Vinci (b. 1452, d. 1519), in his characteristic left-handed mirror-writing (reading from right to left), including diagrams, drawings and brief texts, covering a broad range of topics in science and art, as well as personal notes.

The core of the notebook is a collection of materials that Leonardo describes as “a collection without order, drawn from many papers, which I have copied here, hoping to arrange them later each in its place according to the subjects of which they treat”, a collection he began in the house of Piero di Braccio Martelli in Florence, in 1508. To this notebook has subsequently been added a number of other loose papers containing writing and diagrams produced by Leonardo throughout his career.

‘The Codex Arundel’ offers a glimpse into one of the most brilliant minds humankind has ever known. Da Vinci has been variously called the father of palaeontology, ichnology, and architecture, and is widely considered one of the greatest painters of all time. Sometimes credited with the inventions of the parachute, helicopter and tank, he epitomised the Renaissance humanist ideal. [source]

Many historians and scholars regard Leonardo as the prime exemplar of the “Universal Genius” or “Renaissance Man”, an individual of “unquenchable curiosity” and “feverishly inventive imagination”. [source]

Below you will find select pages from the fascinating notebook. You can see it in its entirety by clicking here. 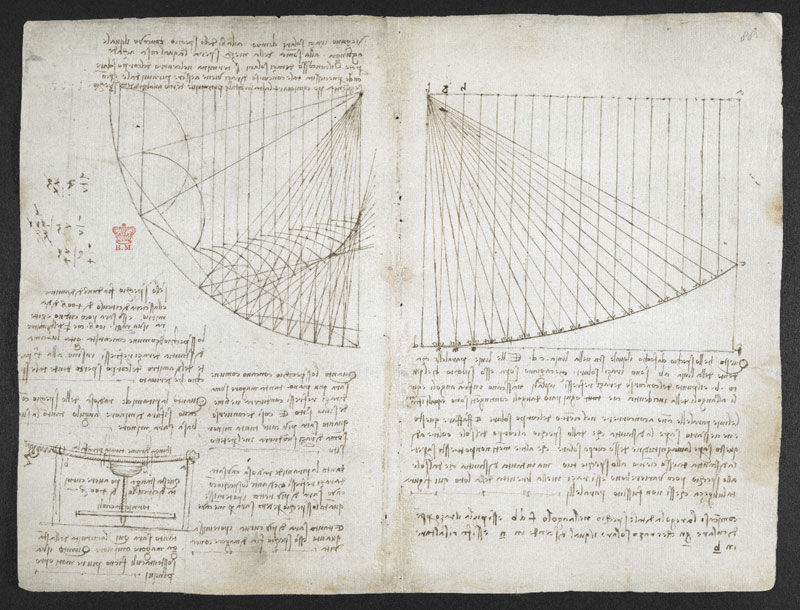 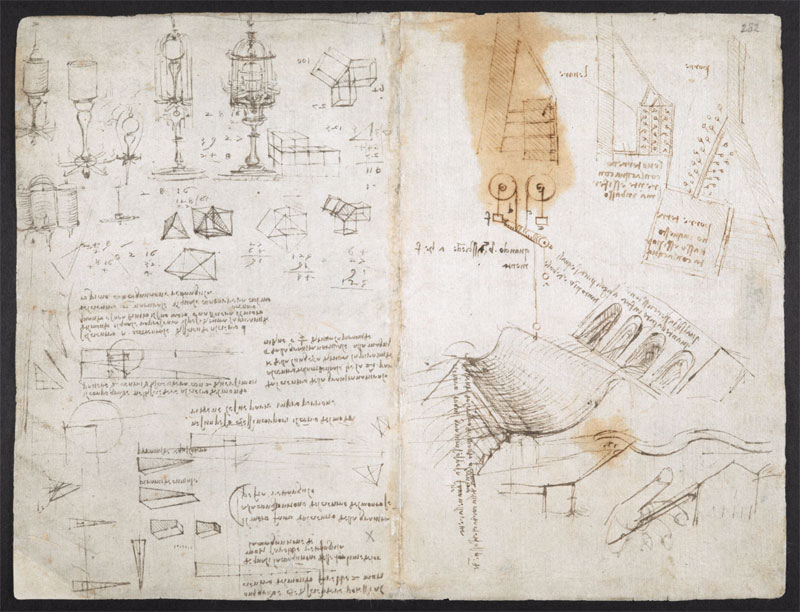 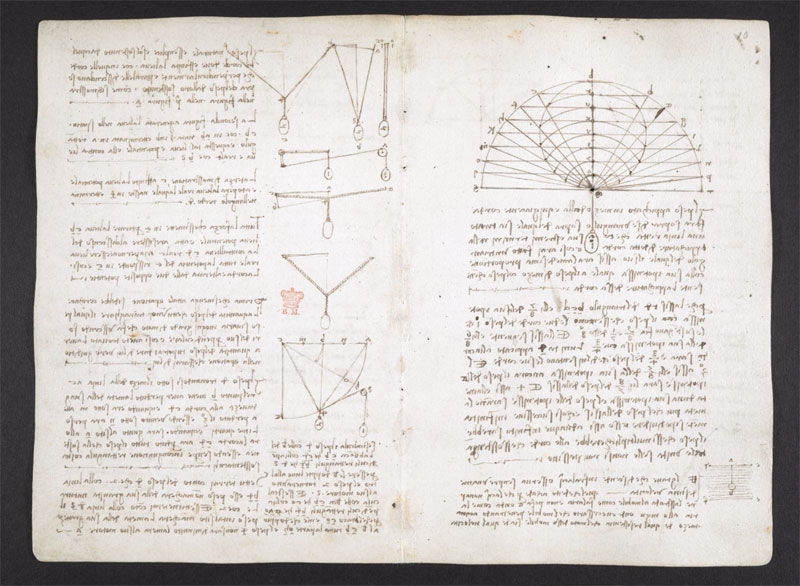 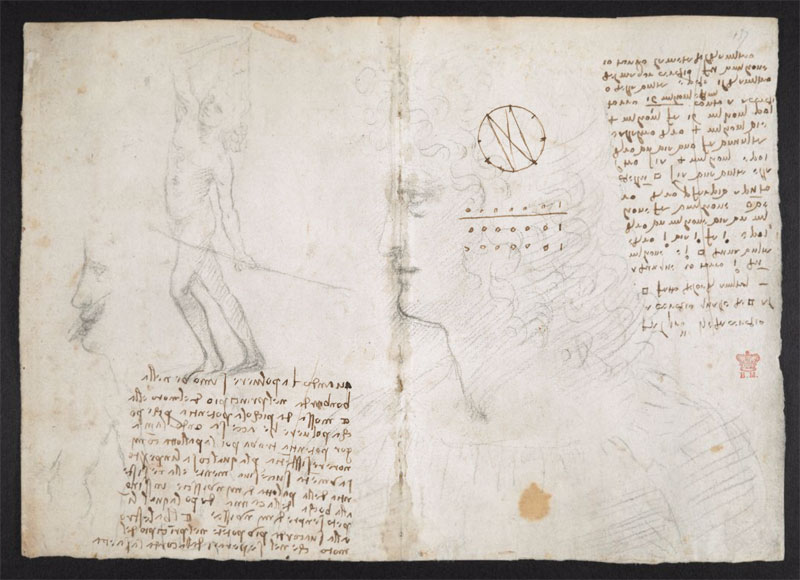 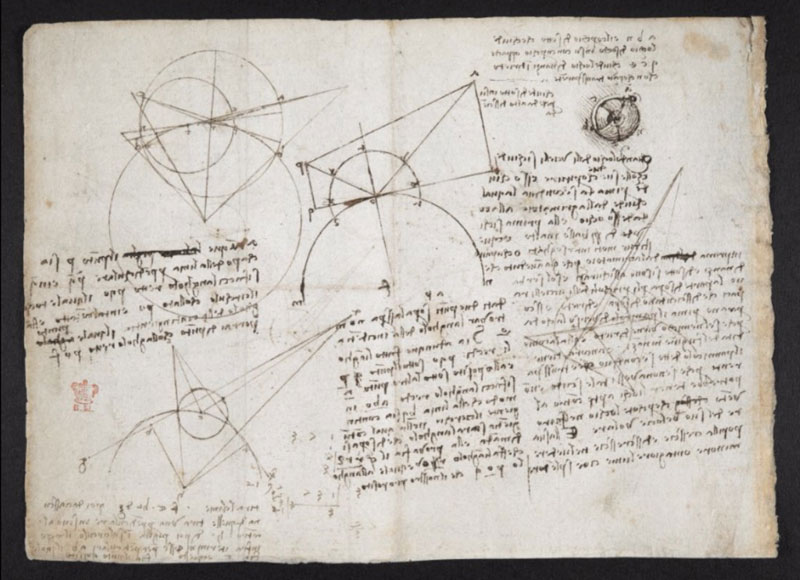 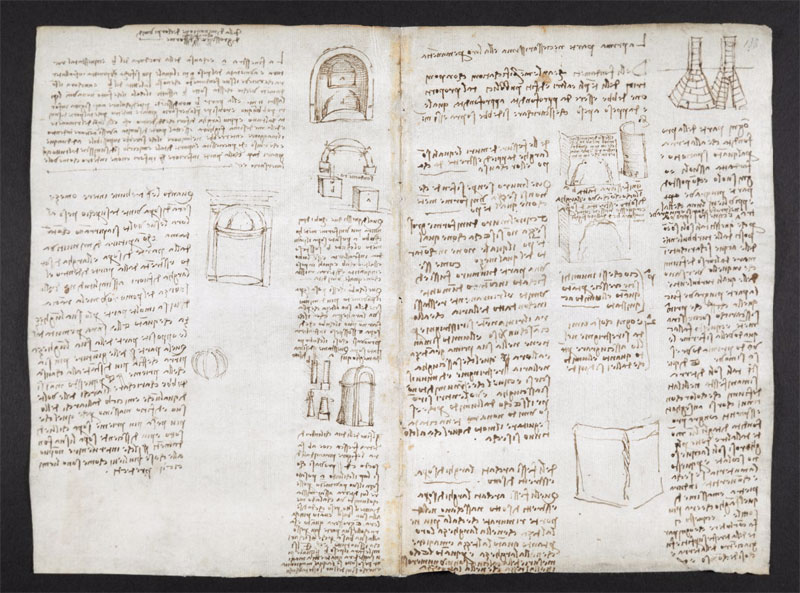 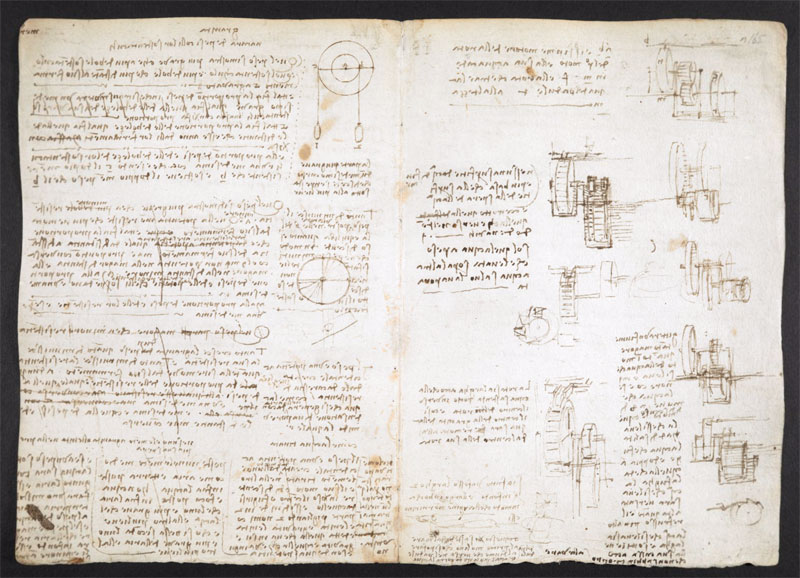 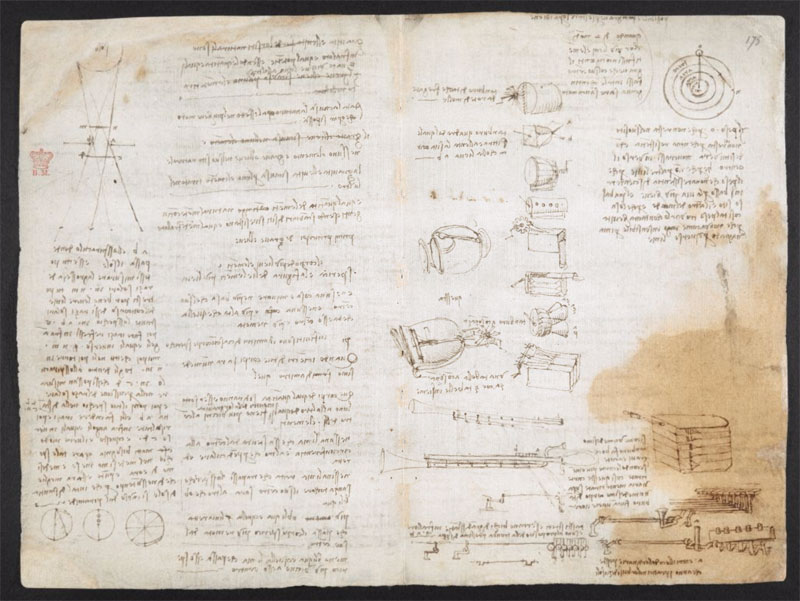 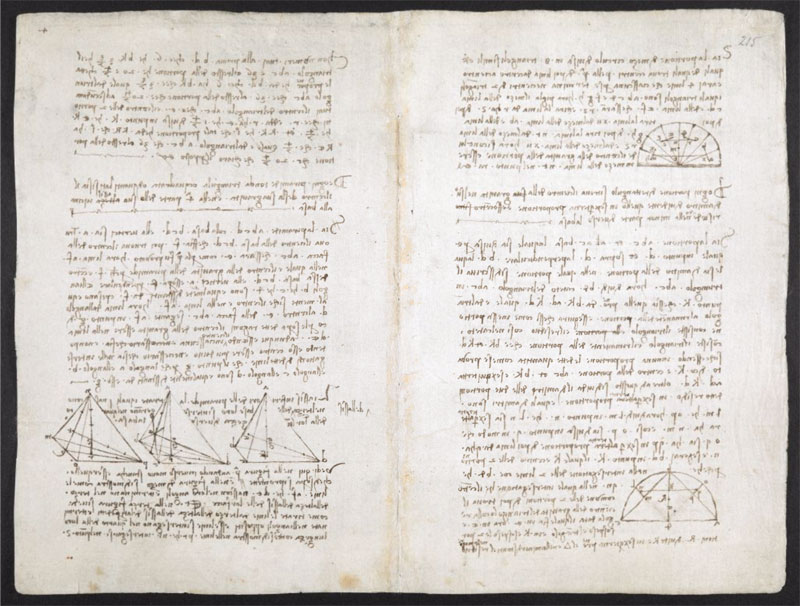 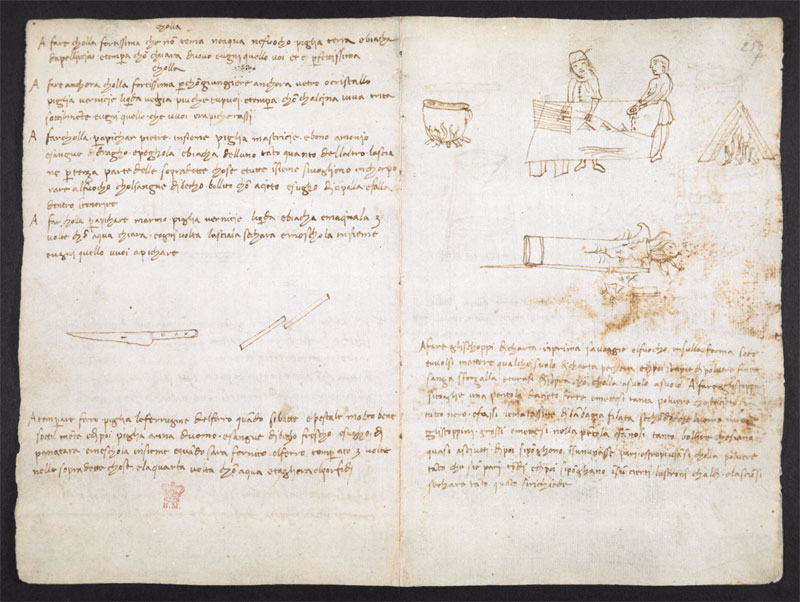 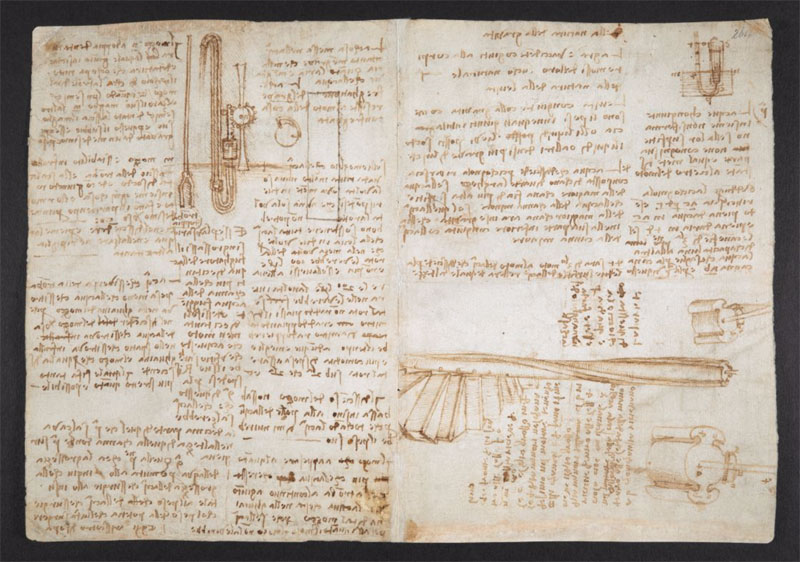 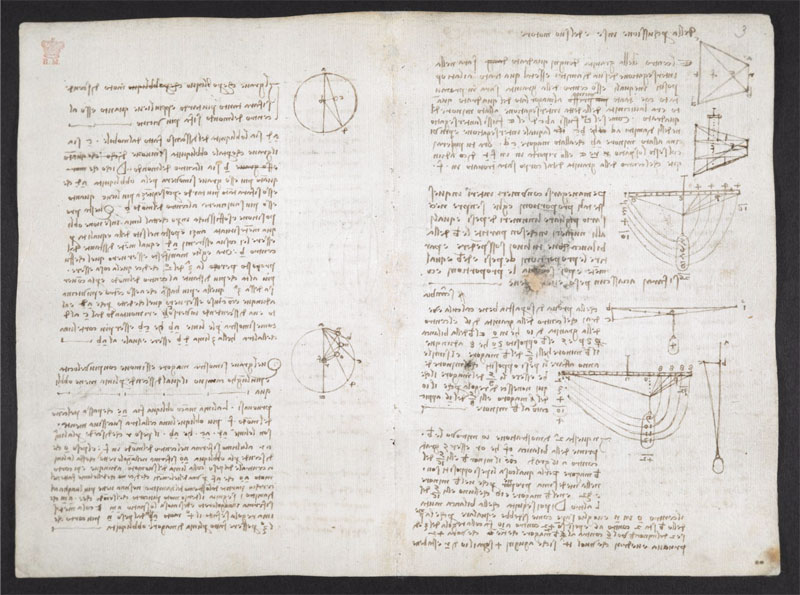 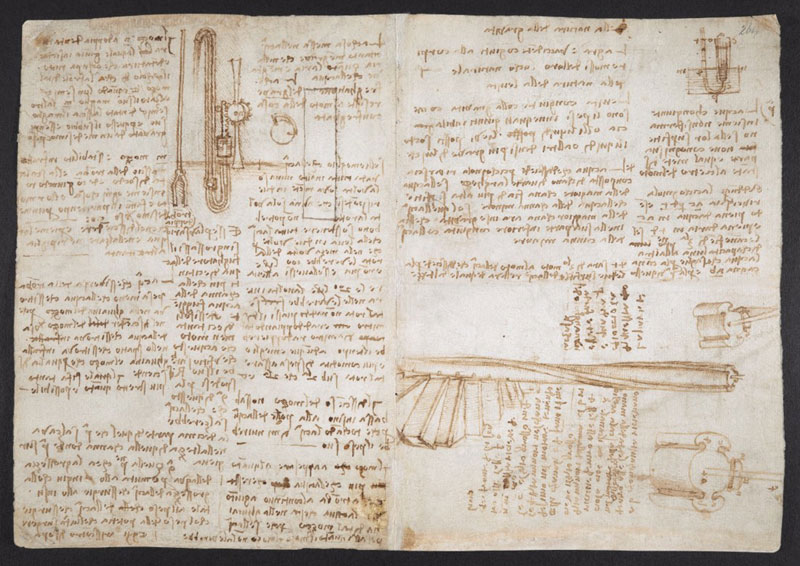 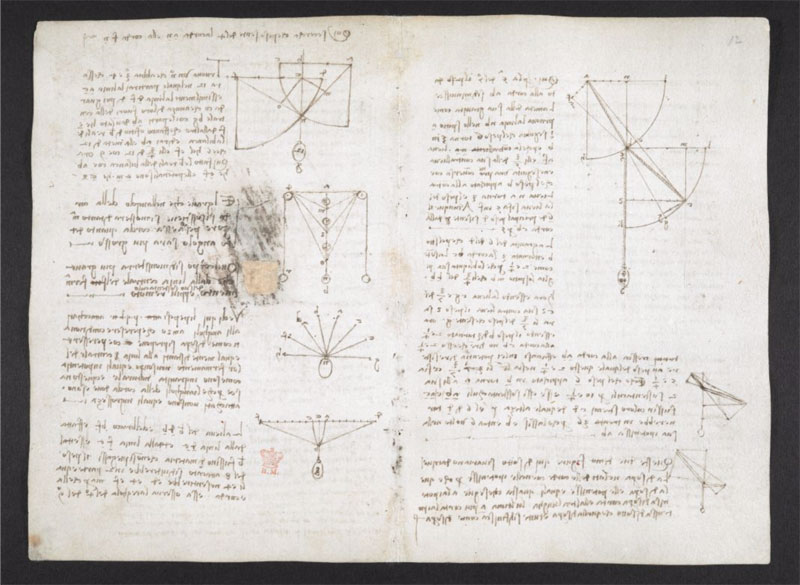 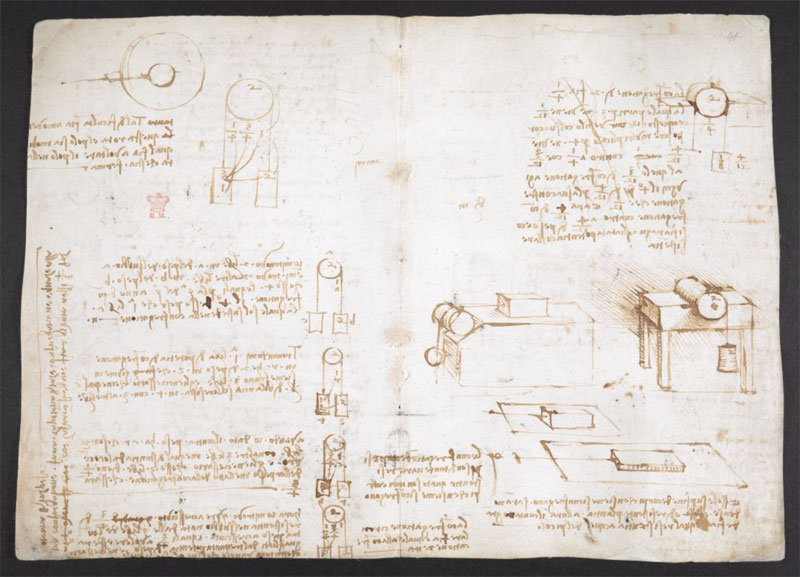 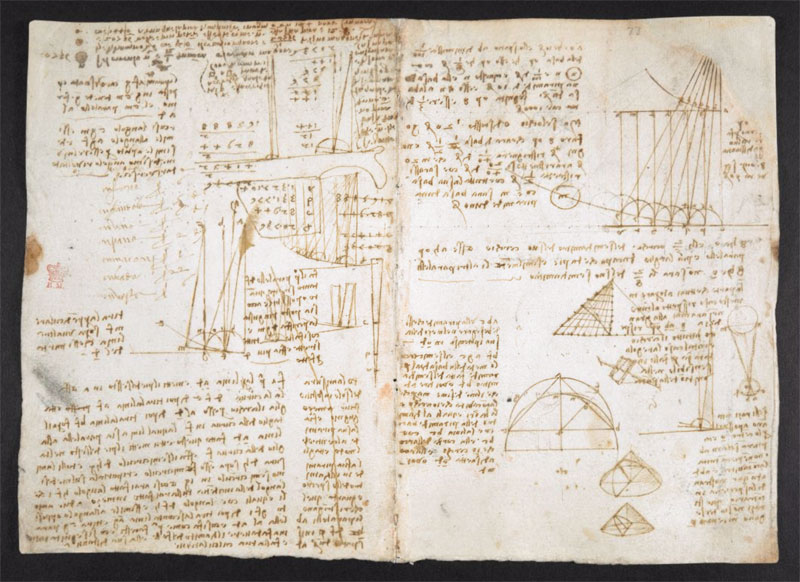 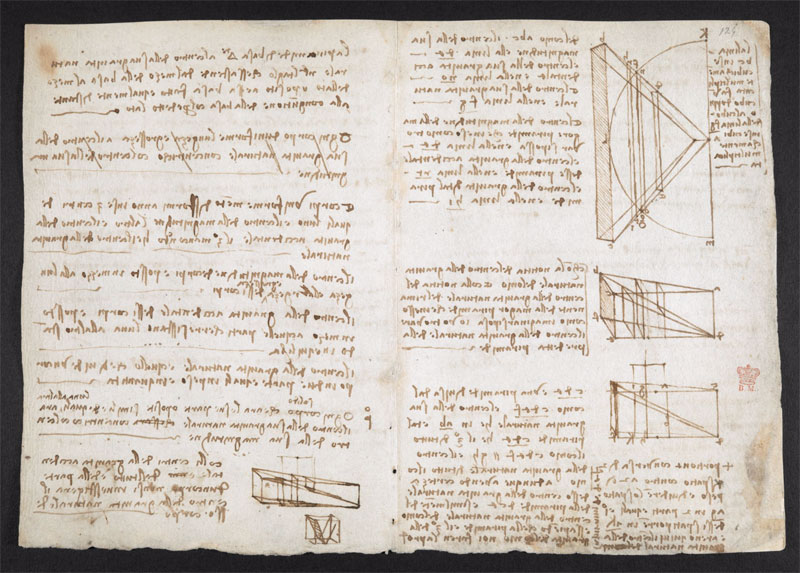 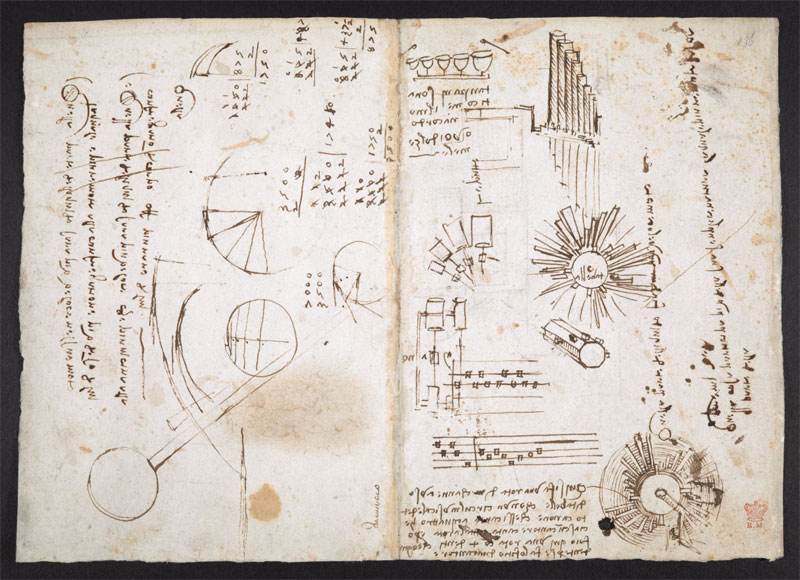 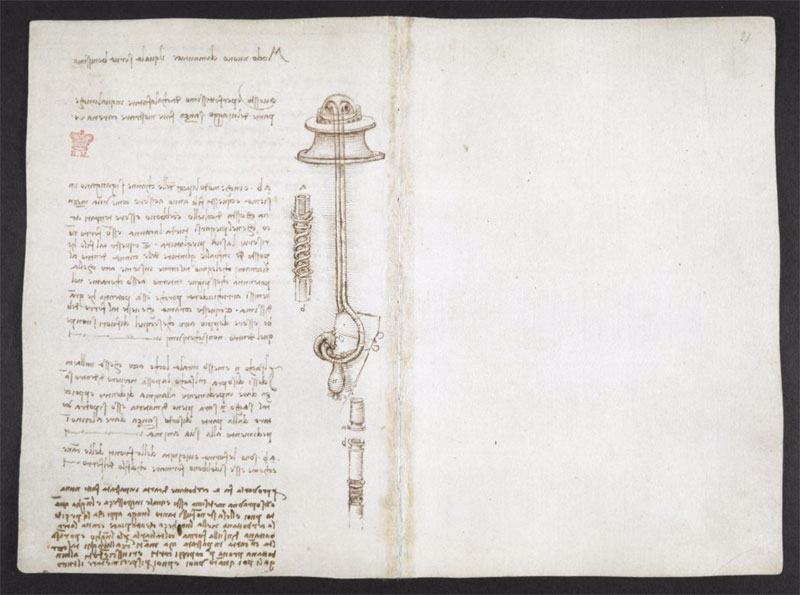 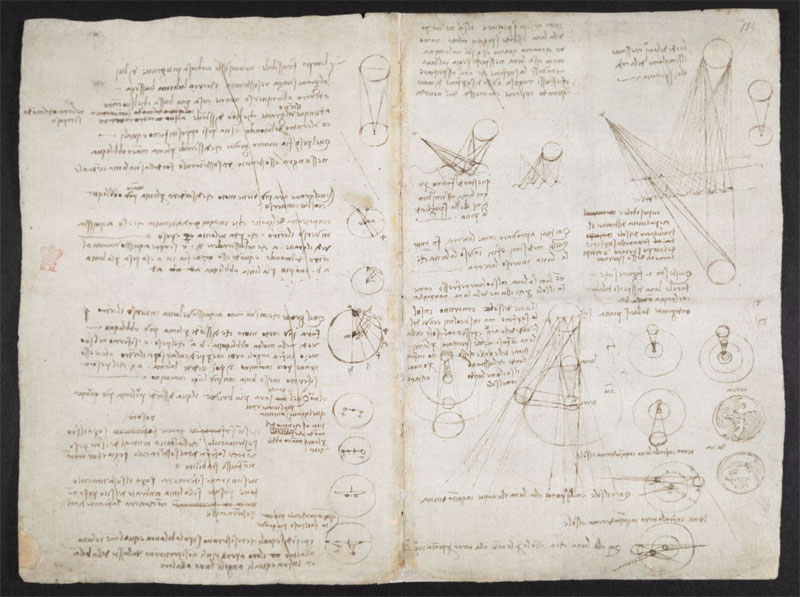