The First and Only Family Photo on the Moon 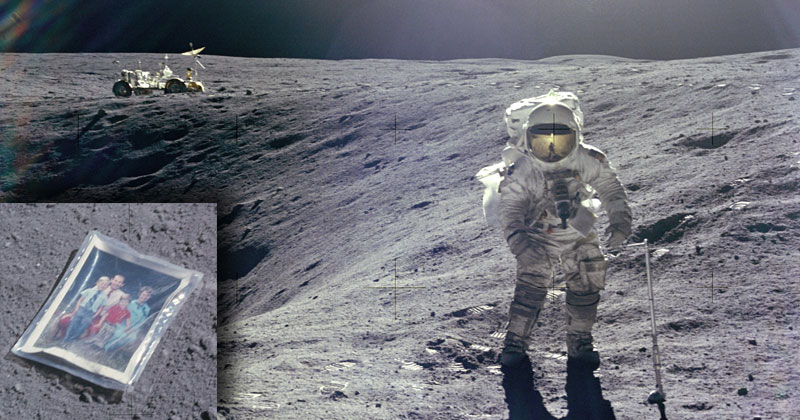 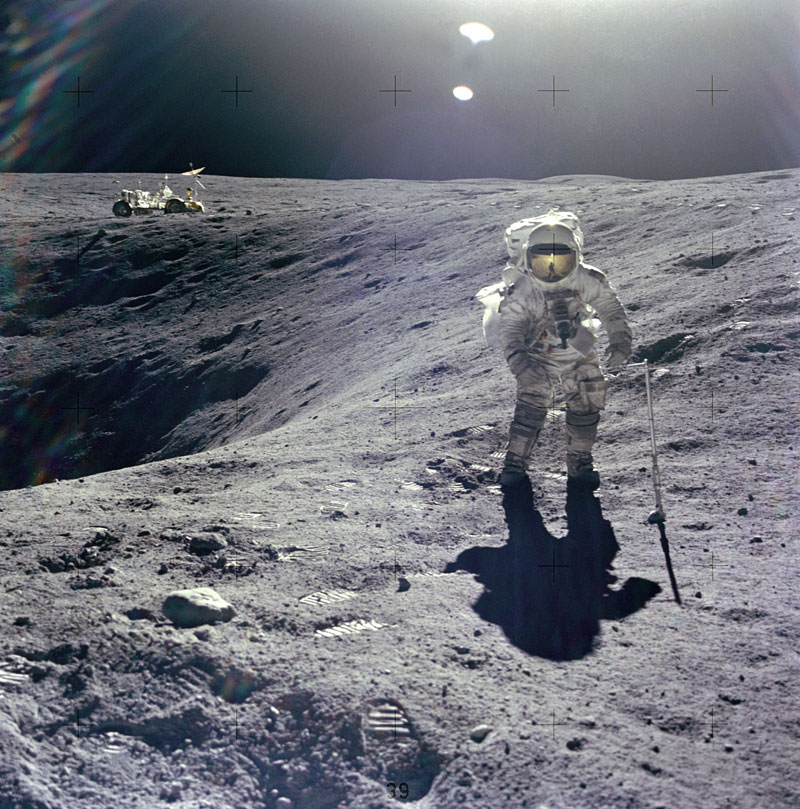 In April of 1972, astronaut Charles Duke became the tenth and youngest person (at 36y 6m 18d), to ever walk on the Moon. As the Lunar Module Pilot for Apollo 16, Duke and crew commander John Young spent an incredible 71 hours on the lunar surface.

During his unforgettable time on the moon Duke also left a family portrait on the lunar surface, snapping a photo of the photo as proof. 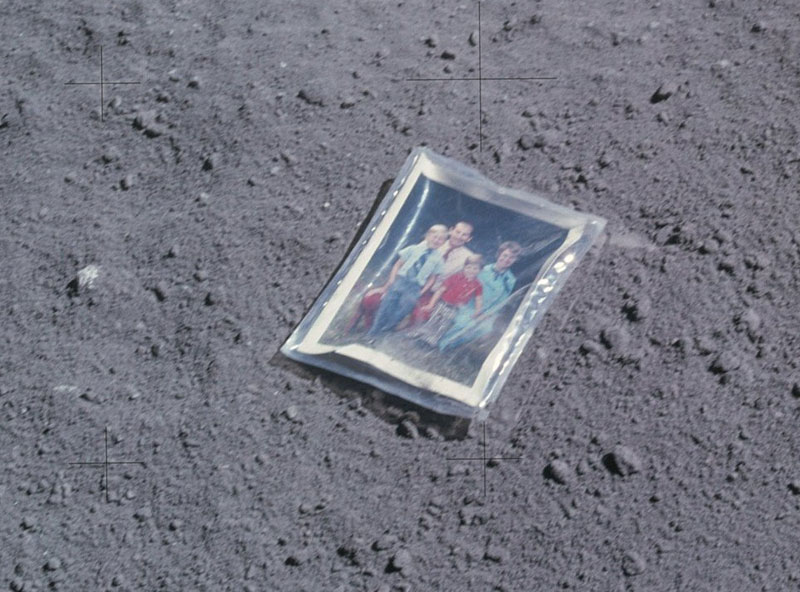 The photo remains on the moon to this day and is the first and only family photo ever to be placed on the lunar surface. On the back of the photo Duke wrote:

“This is the family of astronaut Charlie Duke from planet Earth who landed on the moon on April 20, 1972.” 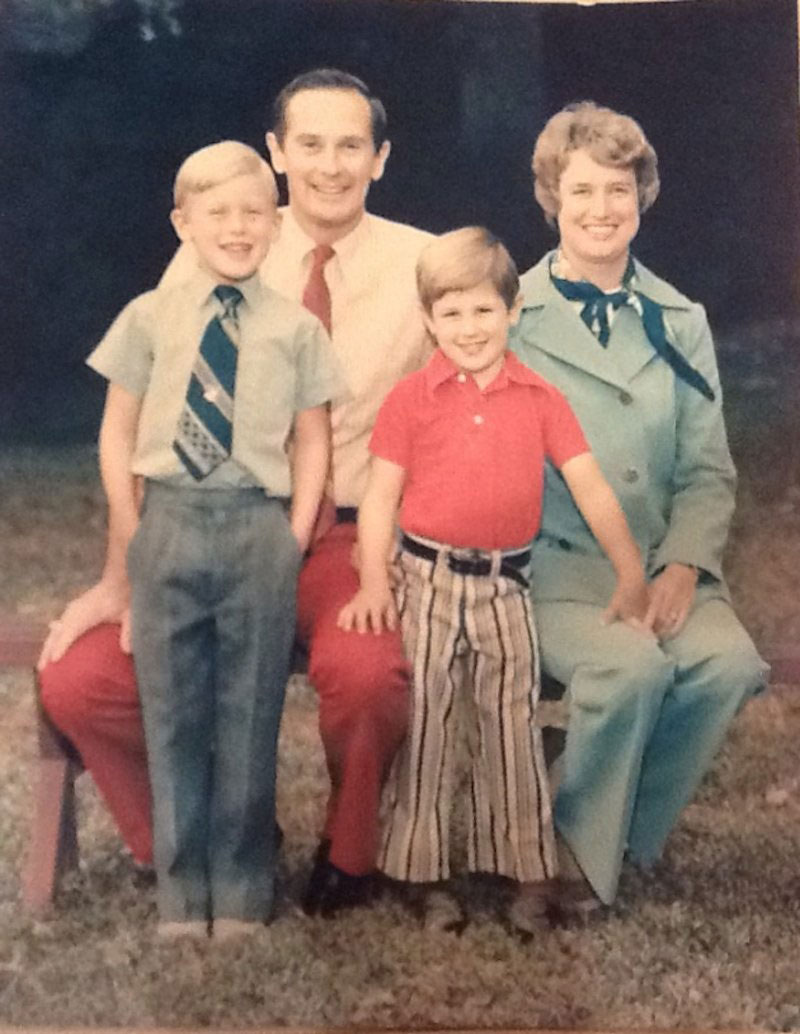 In an interview with Business Insider, Duke provided a clearer photo of the portrait he left on the moon. On the far left is his oldest son, Charles Duke III, who had just turned seven. In the front in red is his youngest son, Thomas Duke, who was five. Duke and his wife, Dorothy Meade Claiborne, are in the background. 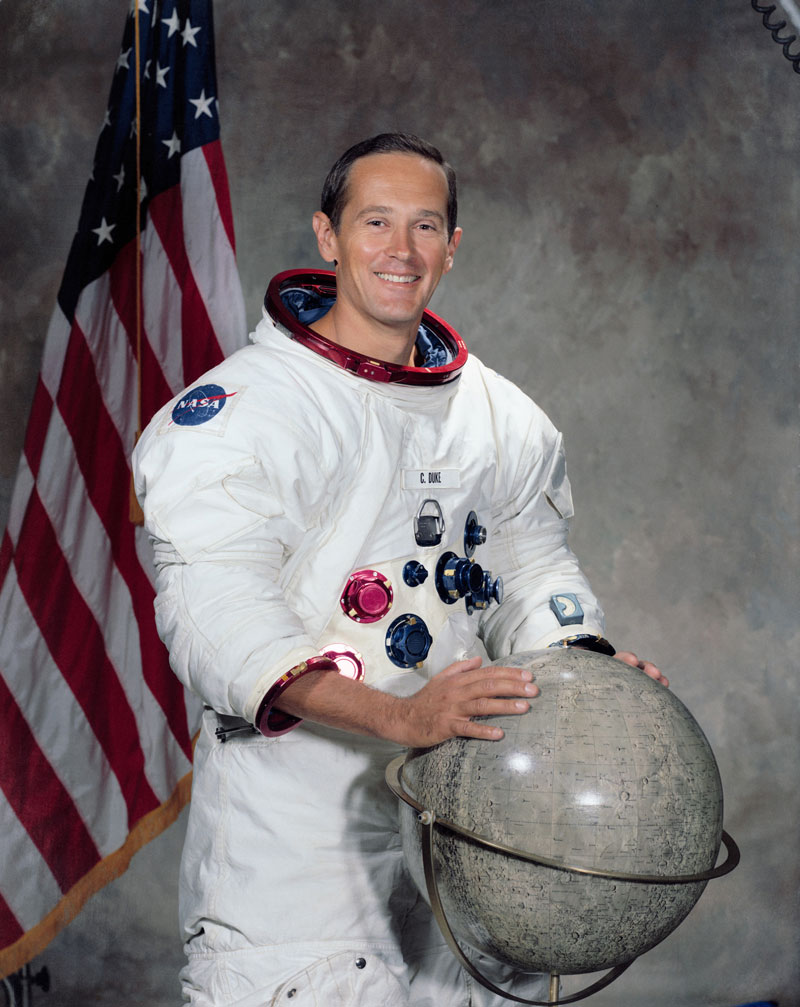 As to the motivation for placing the photo, Business Insider explains:

When Duke was training to be an Apollo astronaut, he spent most of his time in Florida. But his family was stationed in Houston. As a result, the children didn’t get to see much of their father during that time.

“So just to get the kids excited about what dad was going to do, I said ‘Would y’all like to go to the moon with me?’” Duke said. “We can take a picture of the family and so the whole family can go to the moon.” 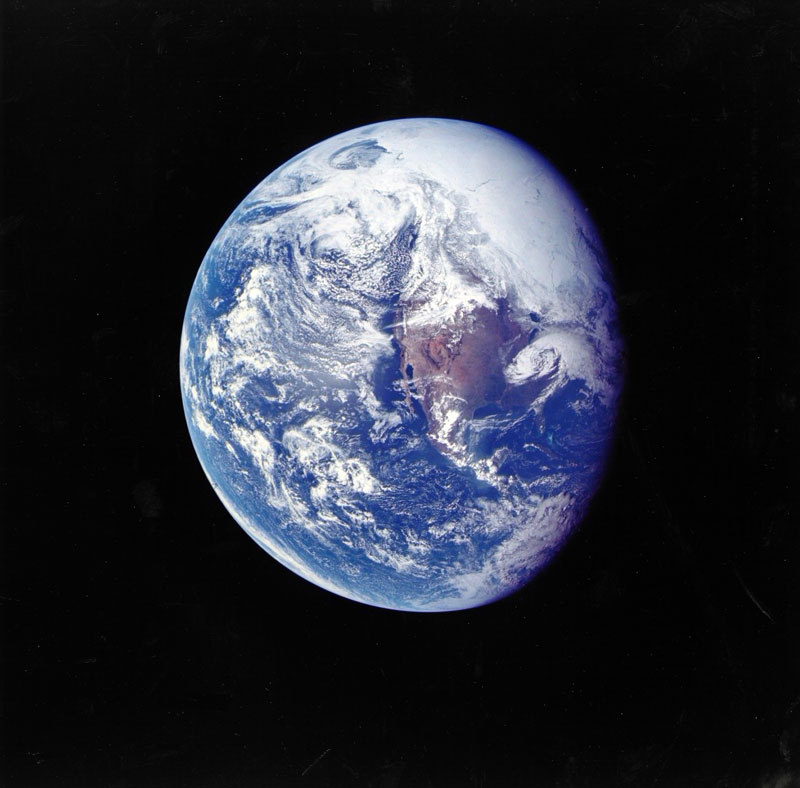