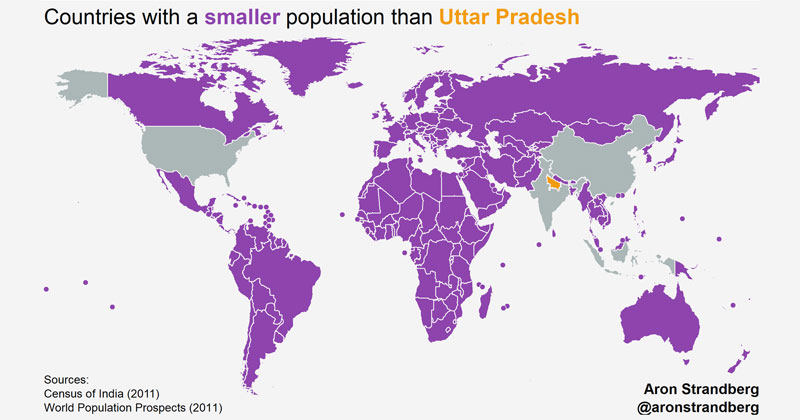 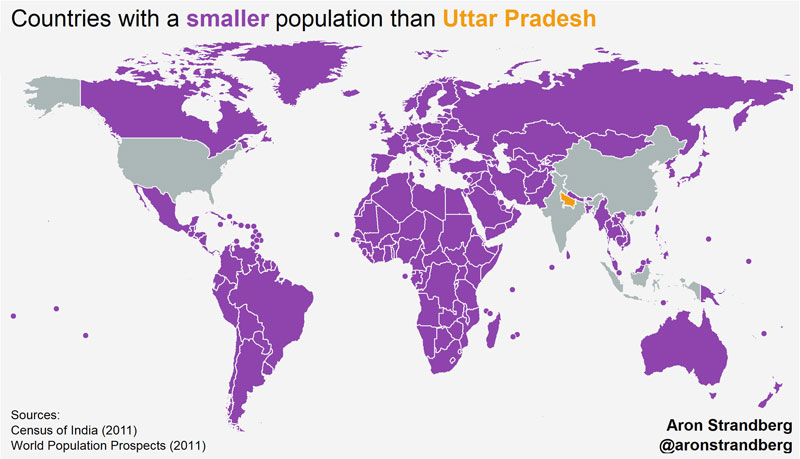 Uttar Pradesh, often abbreviated as UP, is a densely populated state located in the northern region of the Indian subcontinent.

With a 2012 reported population of 204.2 million and an estimated 2017 population of 219 – 224 million people, the map above shows all of the countries (in purple) in the world with a smaller population than Indian state of UP (in orange).

UP covers 243,290 square kilometres (93,933 sq mi), equal to 7.33% of the total area of India. If it were a separate country, Uttar Pradesh would be the world’s fifth most populous nation, next only to China, India, the United States of America and Indonesia.