Guy Finds Joke Book from 1940 with a Hitler Reference 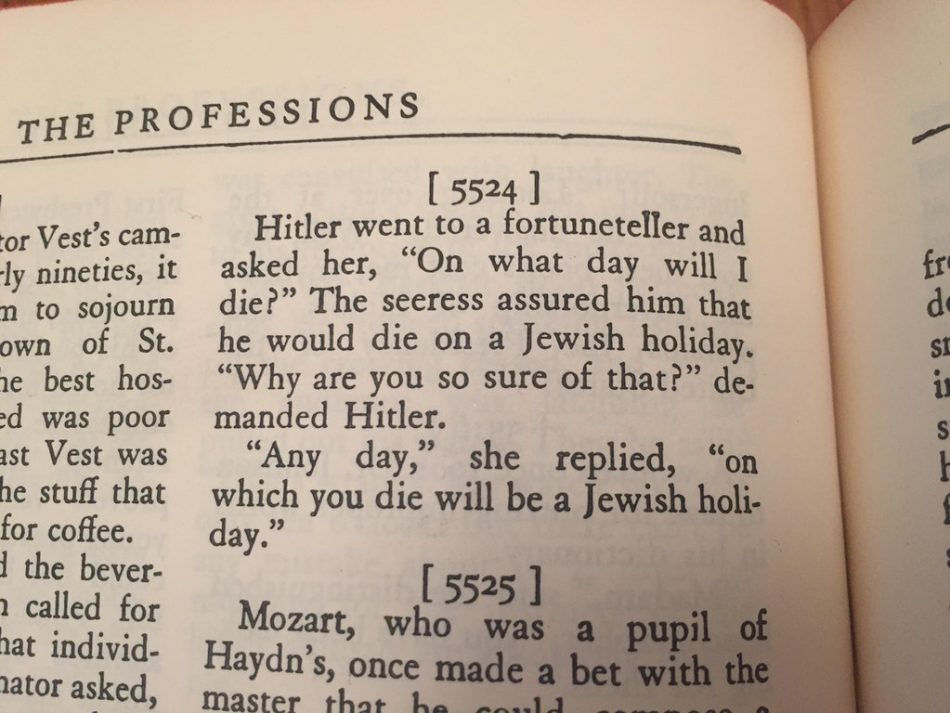 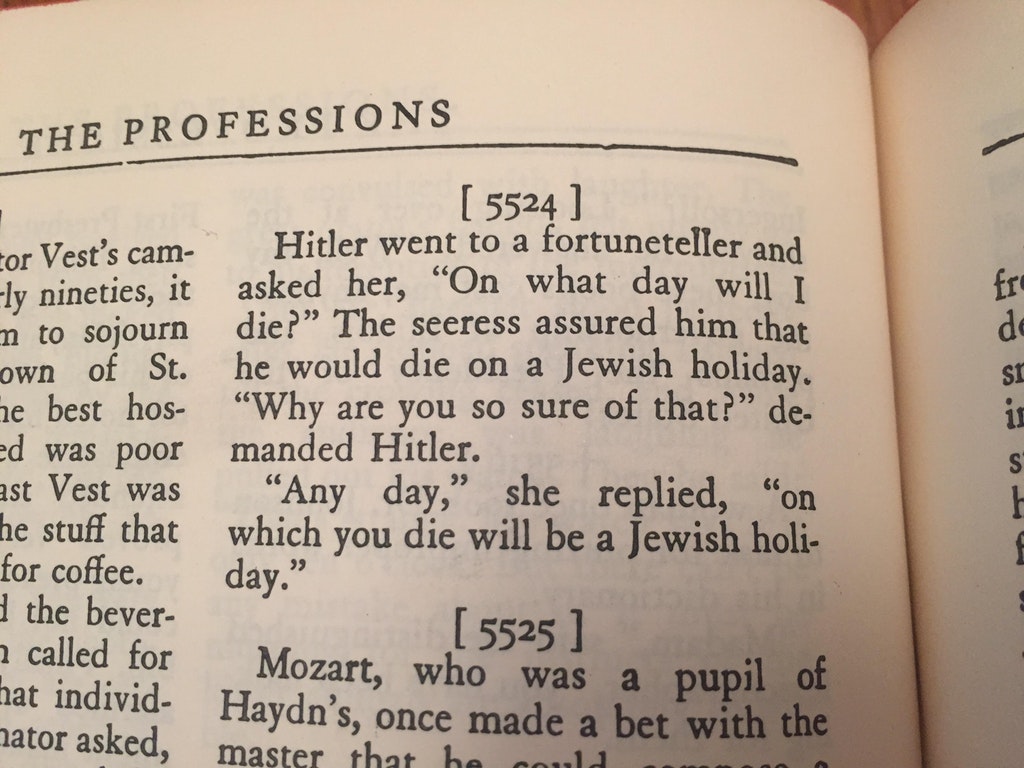 Hitler went to a fortuneteller and asked her, “On what day will I die?” The seeress assured him that he would die on a Jewish holiday. “Why are you so sure of that?” demanded Hitler.

“Any day,” she replied, “on which you die will be a Jewish holiday.”